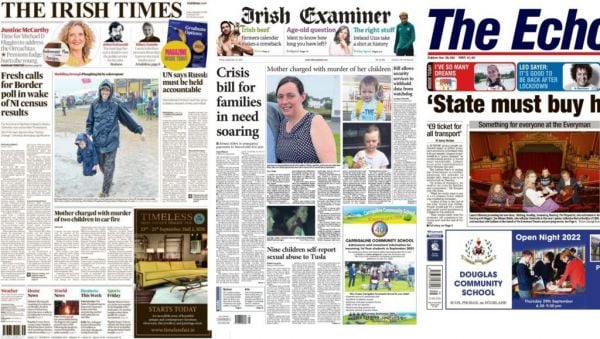 Friday’s front pages focus on a mother being charged by Gardaí for a Westmeath car fie which killed her two children as well as the Government paying emergency payments to struggling families.

The Irish Times focus on the historic census in Northern Ireland which highlighted how for the first time Catholics outnumber Protestants, leading to fresh calls for a border poll. 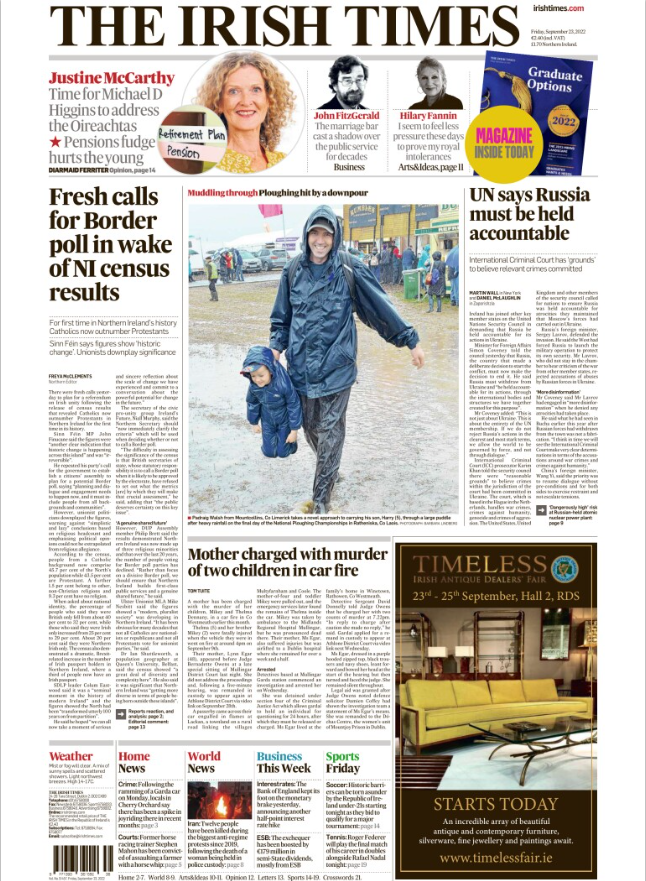 The Irish Examiner focus on the €34 million paid by the Government in emergency payments to struggling families to help pay for bills and clothing. 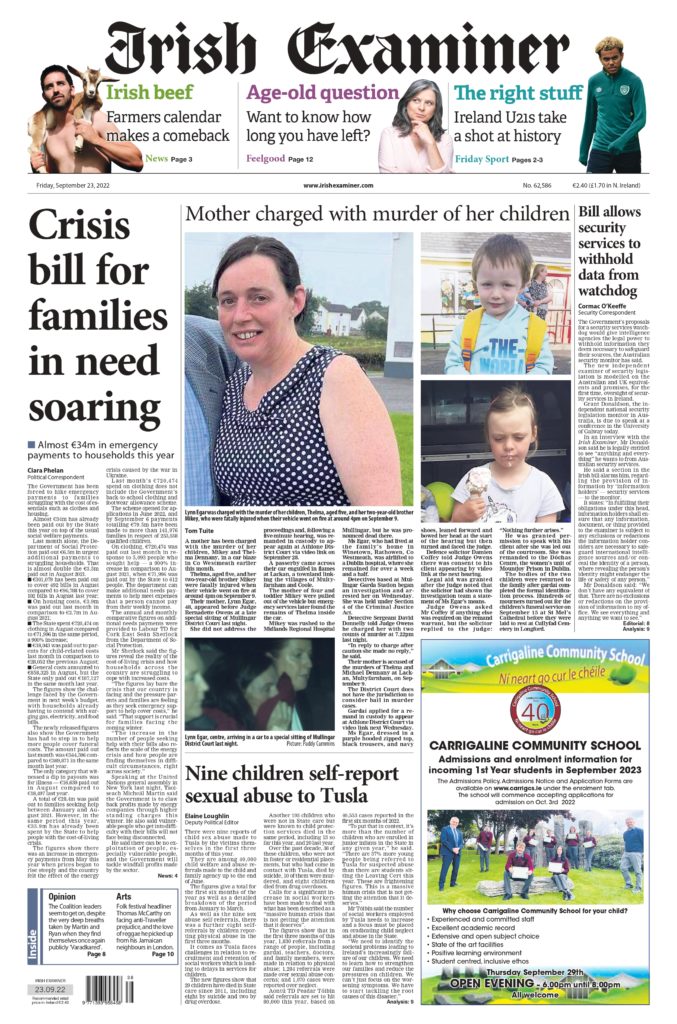 The Echo focus on housing organisation Threshold who are dealing with a flood of landlords leaving the rental market in Cork, with four termination notices a day. 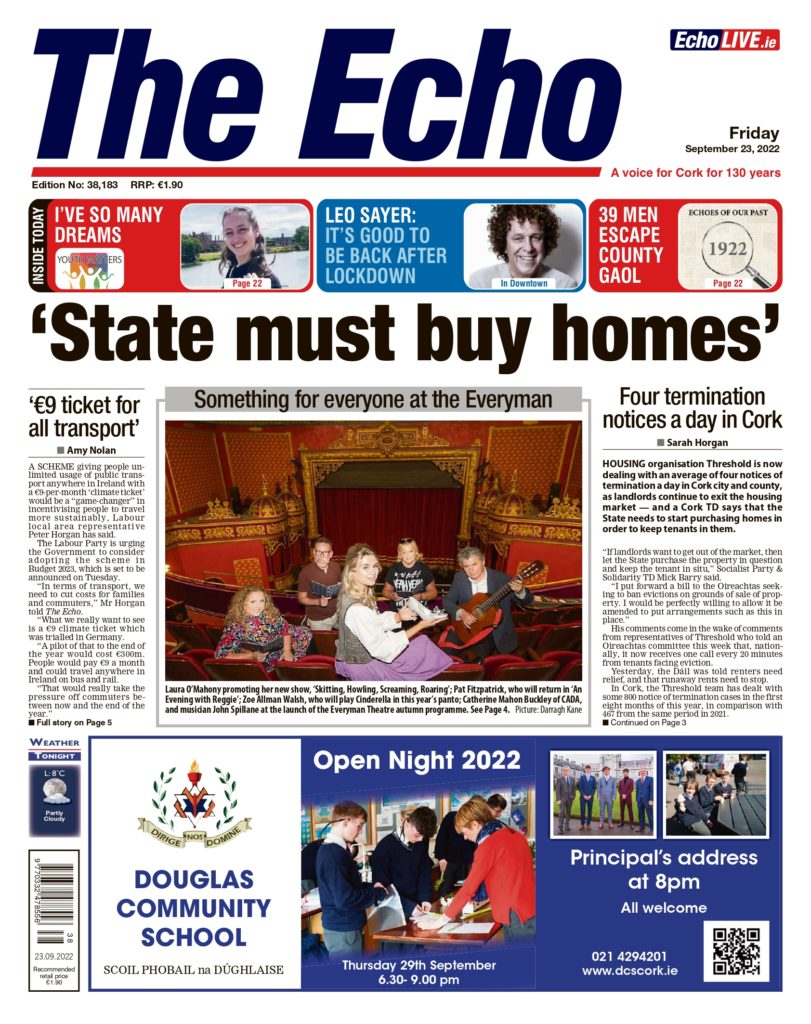 The Irish Independent focus on Ireland’s housing plan and how additional funding may be needed to meet housing targets.

Here is the front page of today’s Irish Independent pic.twitter.com/nAW9armWBV

The Irish Daily Mail and The Irish Sun both focus on a 40-year-old mother who was charged with the murder of her two children in a car fire in Westmeath.

For all this and lots more, pick up a copy of Thursday’s Irish Daily Mail. pic.twitter.com/b8bWntAnUd

The Belfast Telegraph lead with the Northern Ireland census which highlights the shifting landscape of identities in the country.

Morning, readers. Stay with @BelTel for all your breaking news. Here’s a look at today’s front page of the Belfast Telegraph.

To read the full newspaper on your device, go Premium+ ➡️ https://t.co/1JEC5mNi73 pic.twitter.com/DYSyOEqBQZ

Meanwghile, in the UK the mastheads are occupied with a recession warning from the Bank of England to the UK Chancellor as he announces a mini-budget to help with inflationary pressures.

The warning and mini-budget is front page of The Guardian, The Daily Telegraph and The Times.

‘Chancellor warns Bank to get grip on inflation’#TomorrowsPapersToday

The Independent leads on the UK Chancellor’s plans to remove environmental planning rules in a “bid for growth” while the Daily Express says his “big tax cuts” herald a “new era” and the Daily Mail reports they are the biggest for 30 years.

The latest interest rate increase is front page of the Financial Times, with the i leading on the mortgage hike for homeowners.

Elsewhere, Metro and The Sun report on the release of five Britons who were held in captivity in the war in Ukraine.

BACK FROM DEATH ROW

And the Daily Mirror reports on the stabbing death of a 15-year-old in Huddersfield.

20mph zones ‘reduced casualties and collisions by 2% in Belfast’