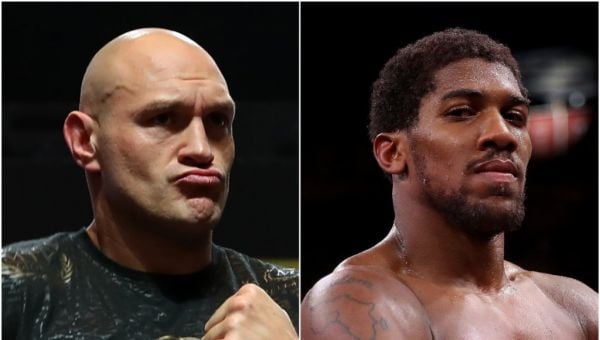 Negotiations between the fighters’ camps have been ongoing for a few weeks and it seemed Joshua agreed to a 60-40 purse split in Fury’s favour for an all-British blockbuster bout before the end of the year.

Fury’s promoter Frank Warren said last week a contract has been sent to Joshua’s handlers, although there still seems to be one or two issues that need to be resolved before a deal is finalised.

But Fury, the WBC champion, believes Joshua is trying to avoid a showdown before revealing he will fight in early December, whether his compatriot is in the opposing corner or not.

Fury said in a Twitter post: “He’s had the contract for I don’t know how long and ain’t signing it. You little sausage, you do not want a fight.

Fury also hit out at Oleksandr Usyk, the WBA, IBF and WBO titlist, after the Ukrainian claimed in an interview on Thursday that the self-styled Gypsy King was “afraid” of an undisputed title clash.

Fury said: “Usyk, you little s***house, I’m afraid of you? I’ll put my fist right through the side of you, you little sausage.