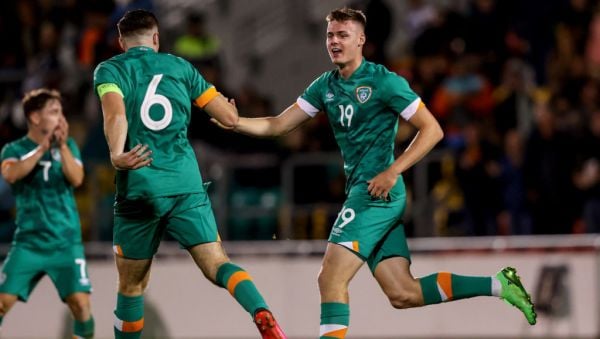 The Republic of Ireland under-21s and Israel played out a 1-1 draw in the first leg of their European Championship 2023 play-off at Tallaght Stadium this evening.

Idan Gorno netted the lead goal for the visitors shortly before half-time.

But an Evan Ferguson header after the break brought the hosts level, before Israel were reduced to ten men following the dismissal of Stav Lemkin.

Aaron Connolly, playing under-21 for the first time in three years, put in a brilliant display, and he was unlucky not to score for Jim Crawford’s side.