Family members of some of those who lost their lives in one of the bloodiest Civil War battles in Mayo have attended a commemoration ceremony to honour the fallen soldiers, writes Keith Bourke.

Six Free State soldiers were killed on September 16, 1922, during the ‘Glenamoy Ambush.’ Captain Thomas Healy, aged 19 from Pontoon; Volunteer Sean Higgins, aged 25, from Foxford; Lt William Gill; Private Thomas Rall; Sgt Major Edward Crabbe; and Private Patrick Bray, were shot and killed after confronting troops who had been involved in the ‘The Storming of Ballina’ four days earlier. The losses of Healy, whose family ran the renowned Healy’s Hotel in Pontoon, and Higgins, an employee of Foxford Woollen Mills, were mourned locally. 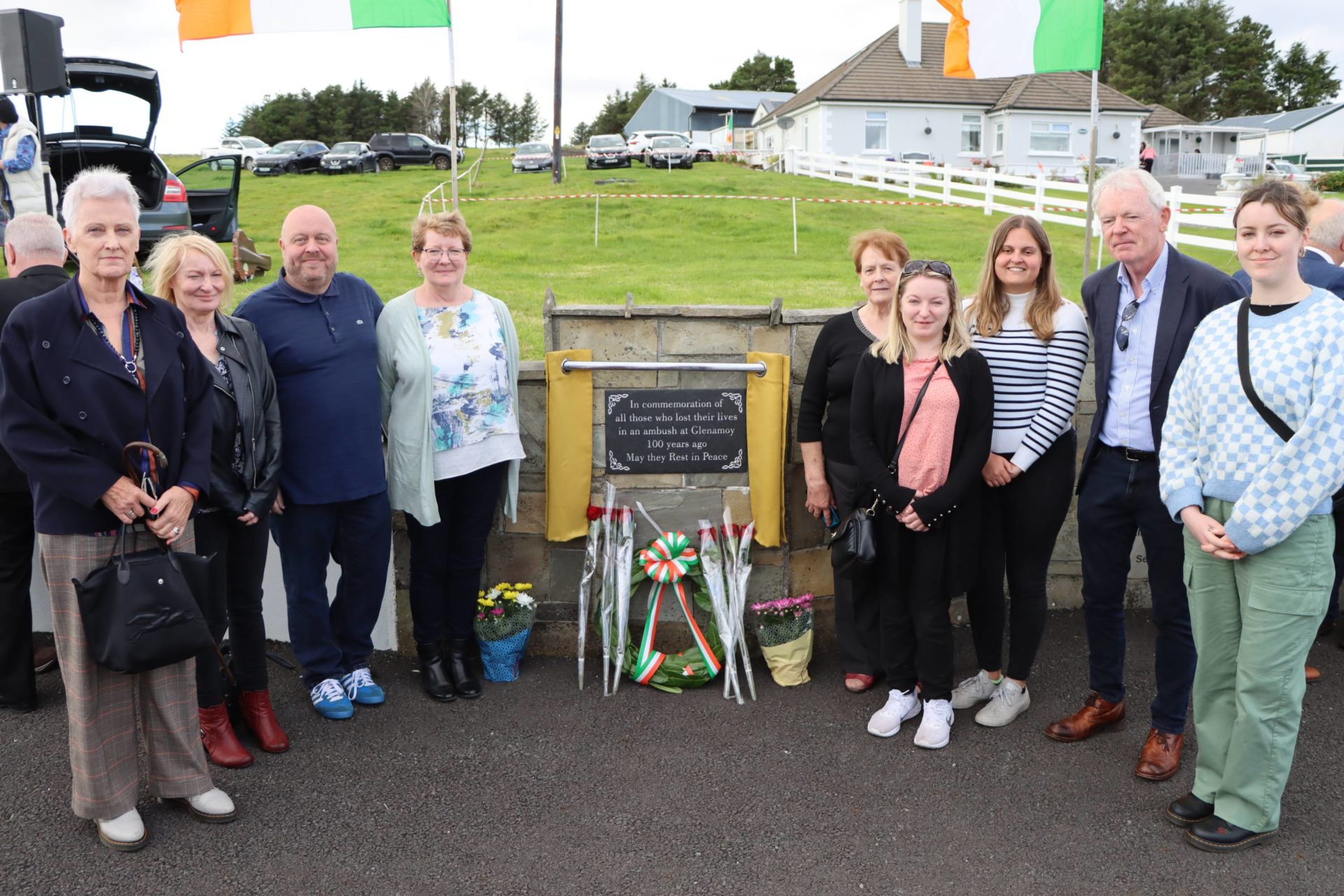 The house of Glenamoy man Philip Irwin’s grandfather was at the centre of a battle that raged for hours and a memorial to those who lost their lives stands outside Philip’s home, which is located on the same site. Philip arranged a memorial service to remember the men who died in Glenamoy on the 100th anniversary of their deaths on Saturday last.

Relatives of Captain Healy, Volunteer Higgins, Lt Gill, and Private Bray were among those in attendance in Glenamoy.

Mayo TDs Michael Ring and Rose Conway-Walsh, councillors Gerry Coyle and Sean Carey, and Prof Seamus Caulfield joined the large crowd that assembled at the memorial to the slain soldiers.

Fr Michael Nallen performed a blessing at an event that was described as impressive and deeply moving.