Ballina Boxing Club to compete in history-making US trip 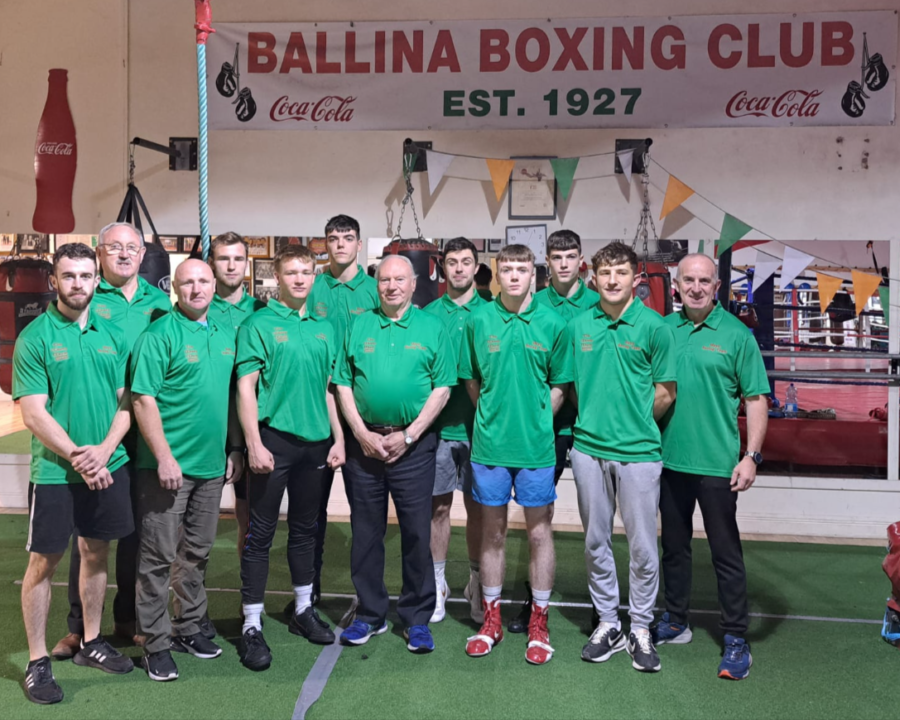 It is a Sunday morning at Ballina Boxing Club. In the middle of ring, two fighters are getting to know one another. The younger is quick and shows the exuberance of his youth inside his shoes while the elder is measured, always measured, staying in the game and is waiting for the moment to strike.

There’s a local lad giving it socks on the skipping rope in the middle of the room while over in the corner, there is a Geesala bruiser bobbing and weaving and giving a punching bag the what-for. Although the hour is early, the air is thick with the sound of training and the energy radiating inside the Dick Hearns Gym could power a data centre.

All of this preparation will serve these fighters well next week when they travel to the United States to test their mettle against the finest boxers that Memphis and Little Rock have to offer. Ballina Boxing Club were invited and the invitation was extended to all of Mayo’s boxing clubs. A group of 10 fighters will now make the trip.

Watching all of this training unfold was Ballina Boxing coach Joe Lavelle, who put the wheels in motion for this trip about 12 months ago.

“This trip came about as an invitation from a friend of mine and a neighbour from the Killala Road, Seamus Loftus, who is very involved in sport in Memphis. He was home on holiday and came back to the gym here and suggested setting up a trip to Memphis. We teased it out to see could we make it a reality and he asked could I put a team together.”

“We got an invitation from Memphis City Hall and wanted to include all of the clubs in the county. It builds comradery and strengthens the relationship between clubs when you have the opportunity to do something like this.”

Martin McIntyre of Golden Gloves Boxing Club, Belmullet said trips like these create a lifetime of memories for young boxers and should be encouraged wherever possible.

“This is a great trip for the young lads. They worked hard over the last few months and this will be a new experience for them. We’re always striving for success and success brings good things to the club but when you trim it all back, this is character-building for young athletes who don’t have the opportunity to travel a lot. The Mayo clubs have always been strong. We’ve come together in unity to make this trip happen.”

Also making the trip over is former Ballina town councillor Ernie Caffrey, who said hopes are high the trip will be repeated in reverse next year.

“Memphis’s boxing club are making plans to travel next year and that will be good for boxing in both places, Ballina and Memphis. It coincides with Ballina 2023 as well and it is nice that all these things tie in together.”