The individual involved in an incident that left County Roscommon referee Kevin Naughton requiring medical attention at an underage game in the county last month has sought a hearing over his proposed 96-week suspension. 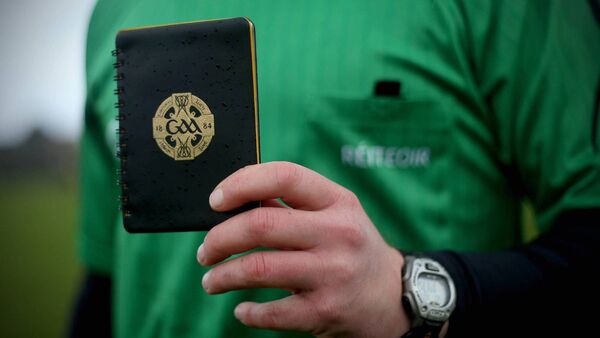 The person was notified of the proposed 96-week ban earlier this week, with his club subsequently notifying the Roscommon County Board that the individual wishes to seek a hearing, the Irish Examiner is reporting.

Last week the Roscommon Herald reported that a special Roscommon Competitions Control Committee made the 96-week recommendation after the referee submitted his report from the game that had to be abandoned early.

Mr Naughton was hospitalised following an incident a few minutes into the second half of an U-17 football championship game in Ballyforan.

A 96-week suspension is usually issued for a repeat offence, although a first-time Category IV offence carries a minimum of a 48-week ban, according to the Irish Examiner.

A Category IV offence is defined as “Striking or attempting to strike, or any type of assault on, a Referee, Umpire, Linesman or Sideline Official.”