Backchat: Why be a ref? Lots of reasons, as it goes

In much of the discourse that occurred in the wake of the shocking incident involving a referee at a club match in Roscommon recently, one overriding question seemed to emerge: why on earth would anyone want to be a referee?

The alleged assault on referee Kevin Naughton during a minor game between St Aidan’s and St Dominic’s in Ballyforan last Wednesday week shone a light on the abuse referees receive on a regular basis at club games the length and breadth of the county.

Incidents of violence as extreme as the one in Ballyforan remain thankfully rare, but anyone who attends GAA matches with any sort of regularity will know that instances of verbal abuse directed at match officials are so commonplace as to almost go unnoticed. And anyone who honestly believes that a physical assault like the one in Roscommon could never happen on this side of the border is frankly deluding themselves.

There are almost no other areas of Irish society in which it would be deemed acceptable or tolerable to speak to someone in the manner in which GAA referees are regularly spoken to. Standing on sidelines around Mayo covering games, this reporter regularly hears supporters throwing abuse at referees, linesmen and umpires, questioning their eyesight, their impartiality, their competence, their physical fitness and everything in between.

Referees generally accept it as part of the job spec. If you take half of what you hear to heart, you won’t last long. And generally, it’s fairly harmless stuff – “Stick on a jersey,” etc – that a referee wouldn’t think twice about on the drive home. But they’re not robots either, and some stuff will inevitably stick.

So why do they do it?

Liam Devenney is one of the top referees in the county and a member of the GAA’s national referees’ panel. Among the inter-county games he took charge of this year was the All-Ireland U20 final between Tyrone and Kildare. The Ballina Stephenites clubman describes refereeing as ‘a vocation’ and says that the benefits of the role far outweigh the drawbacks. 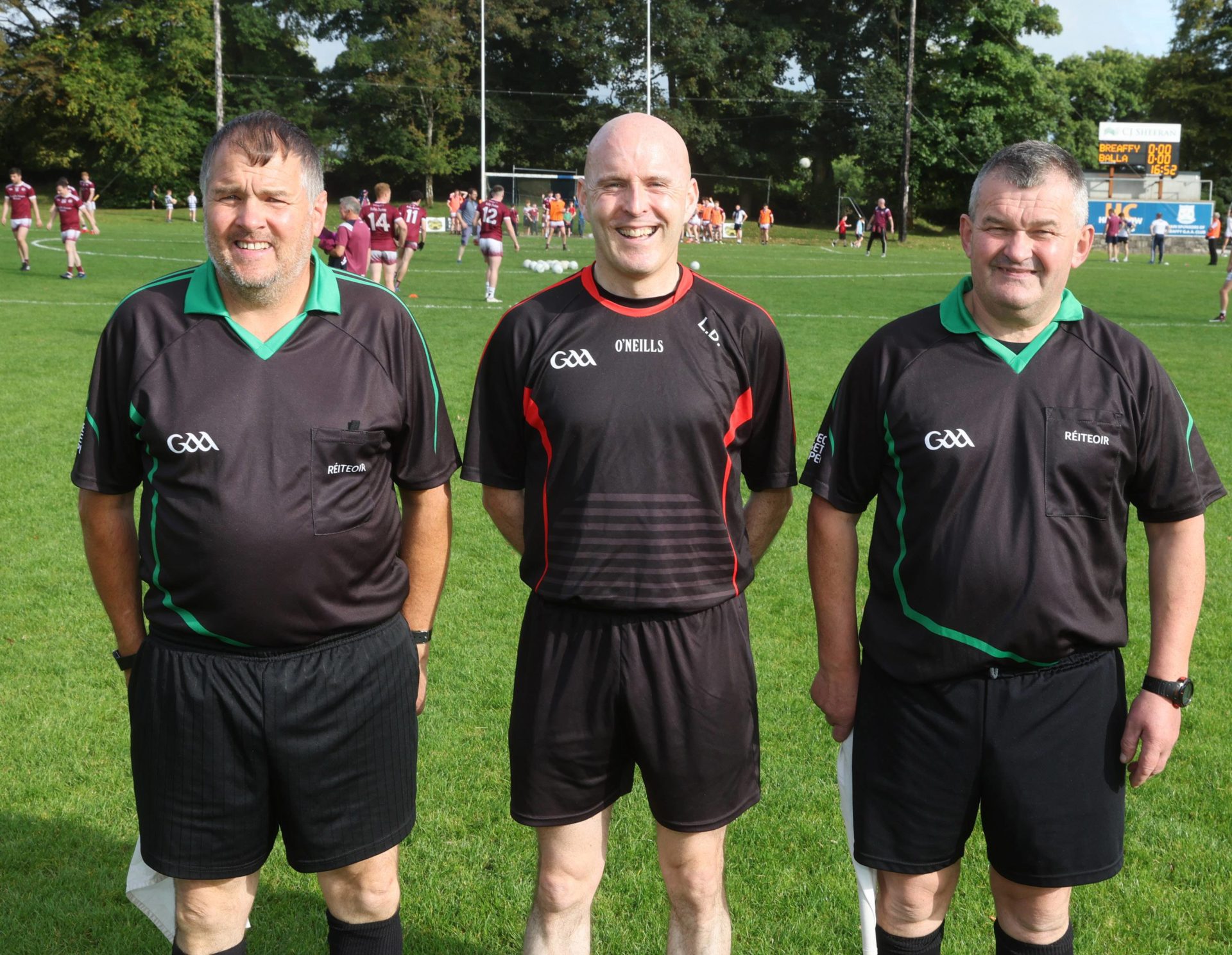 The players are the easiest to deal with; it’s written in black and white in the GAA rule book that challenging the authority of the referee is a yellow card offence. More serious offences, such as the use of threatening language, can warrant a red. Referees have the full liberty to enforce those rules as they see fit, and sometimes do. Most refs will explain a decision to a player when they’re questioned in a reasonable way, but players instinctively know where the line is, and those that choose to cross it in the heat of the moment must live with the consequences.

The same rules now also apply to team officials (managers, coaches, etc). The GAA brought in a new rule this year which gives referees the right to show yellow or red cards to team officials in the same way that they would to a player. Dishing out cards on the sideline isn’t the first resort for referees but it does give them another tool in dealing with over-enthusiastic managers and coaches when the traditional quiet talking-to proves insufficient.

The third category is what happens outside the fence, over which referees have essentially no control whatsoever. Devenney said the best a referee can really hope to do is just blot it out, but added that there should be an onus on clubs to deal with persistent offenders in-house.

“I know if I was involved in the admin of a club I’d be looking at bringing lads like that in, sitting them down and asking them to row in.”

This national conversation around referees is happening at the same time as Mayo GAA deals with something of a refereeing crisis. At a County Board meeting in March, club delegates were given the stark warning that games in the county would inevitably be called off this year because of a lack of referees. The retirements of long-serving referees, particularly over Covid, and a lack of new blood coming up to replenish the whistling stocks were cited as the main contributors to the crisis.

The County Board, through referees’ coordinator Sean Mac Éil, have been on a recruitment drive this year in an effort to replenish refereeing numbers, and the attempts have borne some fruit. New referees’ names have been popping up on the fixture lists and a small bit of history was recently created when Caoimhe Halligan from Charlestown became the first female referee to take charge of a club game in Mayo. 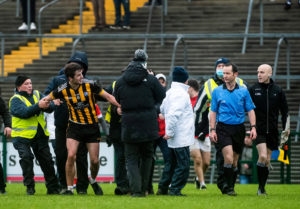 But it’s hard not to think that there is some reluctance out there amongst young people who might like to give refereeing a try: why open yourself up to the criticism and hassle that will inevitably come with the job? Even if the perception is worse than the reality, it’s still a major problem.

“It has to be,” said Devenney. “If someone said to me that they were thinking of getting involved, I would say it’s one of the best things they could do. It’s great to be involved, there’s the fitness aspect, etc. But if they said it to someone else who isn’t a referee, they’d say ‘Jesus, are you sure?’

“But I find, once you get the new guys and girls in, get them trained up and a get a few games under their belt, they really enjoy it.

“And if you get in young, there’s the added bonus that if things go well in Mayo, there’s a provincial panel and then on to the national panel. It does open so many options.

“Some people, when they finish playing, go down the management line, but I have enjoyed refereeing so much.”

Devenney also stressed that referees are their own harshest critics, and on those occasions when they do inevitably make a mistake, they don’t need feedback from the stands to let them know about it.

“You know yourself,” he said. “You walk off the pitch, you discuss things with your umpires. There have been times when I’ve been in the car on the way home wondering ’How did I miss that?’ or ‘What happened there?’ That’s the reality of it.”

The prospect of more players, when their club careers begin to wind down, trying their hand at refereeing is one worth exploring. Recent experience of playing the game is a priceless tool for any referee to have, and as Devenney outlines, taking up the whistle is a great way for recently-retired players to stay involved in the game, particularly those who feel coaching or management may not be for them.

“These are the fellas you want. They know how to play the game. They’re not running off a literal rule book; they can see when a player has made a genuine attempt. But a lot of ex-players do get into management. And club and inter-county football is just so demanding now, a lot of lads just want a break, just to spend some time with families.

“At the inter-county level, there’s roughly 40 inter-county referees on the panel, and very few high-profile ex-county players. But no better people to know the set-up than ex-players. And it would look good: imagine if you saw the likes of Lee Keegan or Donie Vaughan taking up the whistle! It would be a great example to set.

“If you’re doing it for money or whatever, forget about it, you’re in the wrong gig,” he continued. “You make friends for life as a ref. You make a few enemies as well, but that’s par for the course! I’ve really enjoyed it and I would encourage anyone to try it out.”