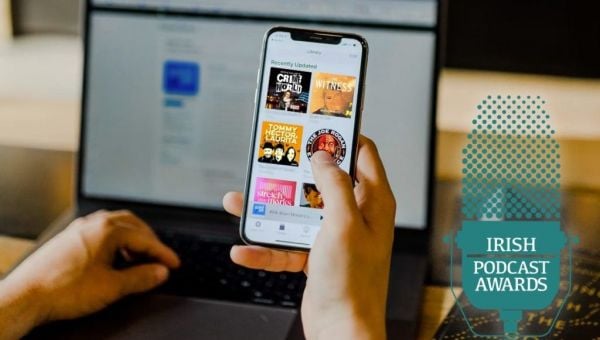 Nicola Tallant’s The Witness; In His Own Words scooped the top prize at the first Irish Podcast Awards, taking home the Podcast of the Year title.

Tallant’s podcast, which tells the story of the youngest person to be entered into Ireland’s Witness Protection Programme, was also named Best Documentary and received the ‘Moment of the Year’ award.

Another big winner at Friday’s awards was The Tommy, Hector and Laurita Podcast which won the Best Entertainment award.

What a night! 🎉 Check out all of our brilliant winners: https://t.co/8of6VLvyhS#irishpodawards pic.twitter.com/u14Xc6IPEf

The Listeners Choice Award, which drew over 40,000 votes overall, went to the Talking Bo***x podcast, while My Therapist Ghosted Me, hosted my Joanne McNally and Vogue Williams, was the runner-up.