Steven is ready to take on the world

Ballaghaderreen man Steven McGowan flew from Varese in Northern Italy to Racice in the Czech Republic on Monday to represent Ireland at the 2022 World Rowing Championships. The championships, which begin this Sunday, will be the biggest stage upon which the 25-year-old McGowan has yet competed since first taking up competitive para-rowing less than two years ago. 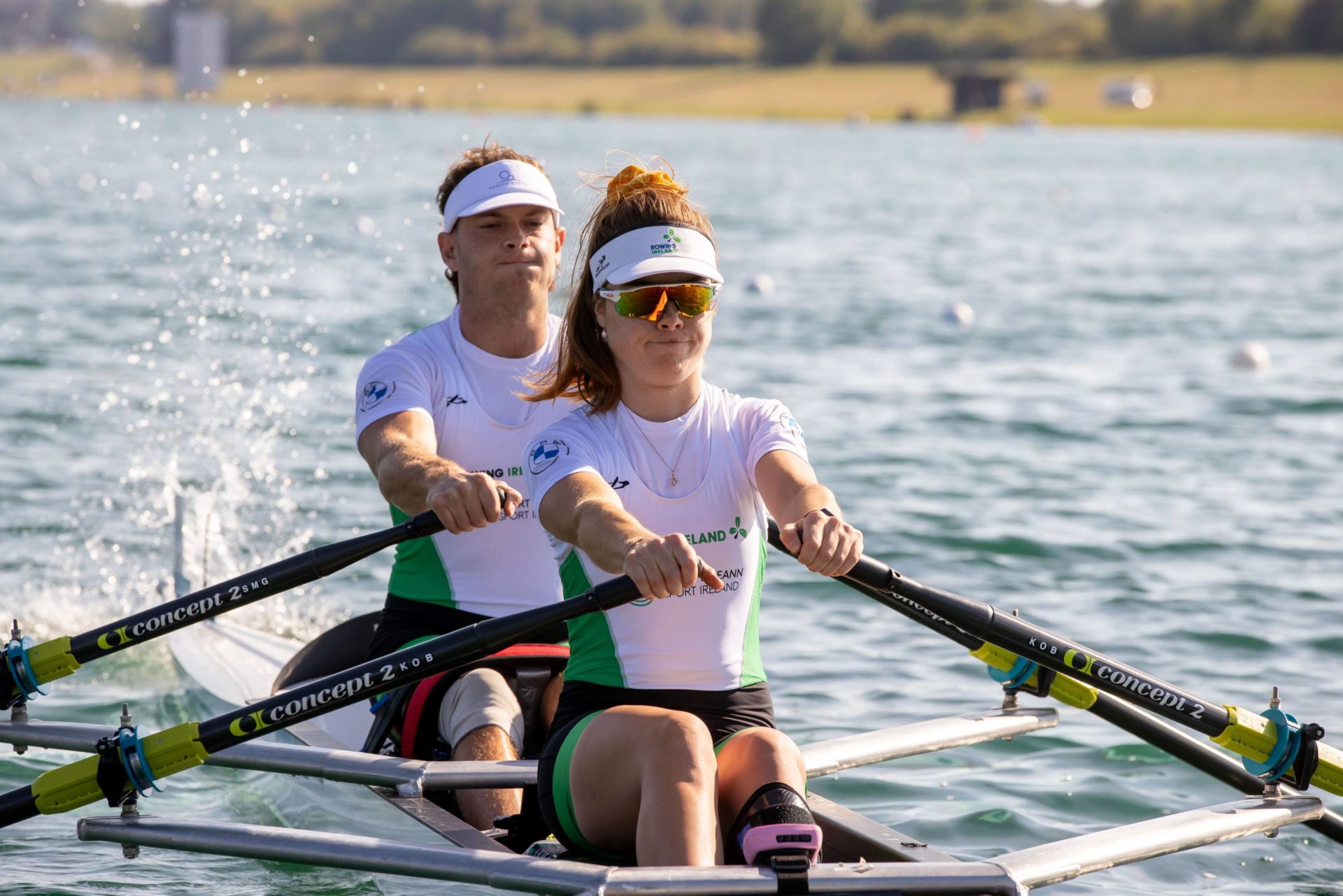 Steven was born in Donegal but grew up just outside Ballaghaderreen, attending national school in Tibohine and secondary school at St Nathy’s College. His life was turned upside down, however, five years ago this month in September 2017, when he was involved in a single-vehicle crash in Fairymount which left him with a severe spinal injury.

Steven was air-lifted to hospital in Galway for emergency spinal surgery but it was soon confirmed that he had suffered an incomplete fracture of the T10 vertebrae in the accident. After four months of recovery in Galway, he went to the National Rehabilitation Hospital in Dun Laoghaire, where he spent the next seven months undergoing intense rehabilitation in an attempt to restore power to his legs.

Even after leaving the NRC, he continued to explore every avenue available to him in attempt to regain the ability to walk.

“I got a certain amount back,” said Steven this week, speaking from Rowing Ireland’s pre-Worlds training camp in Italy. “I got a good bit of power back in my right leg, but got nothing back in my left. I decided then, not to give up, but to leave it I suppose. I felt I had got as much as I could out of rehab and I wanted to get back to work. I had spent a good two years doing rehabilitation.”

Steven returned to work, as a draftsman for a modular home company, and started lifting weights to keep fit. But he soon wanted to spread his horizons beyond the confines of the gym, and his attention was caught by a notice from Rowing Ireland, who were seeking applications for a para-rower to join Galwegian Katie O’Brien on an Irish mixed double sculls team.

Steven had played some underage football with Western Gaels and some rugby for Ballaghaderreen, but he had never considered himself particularly sporty. But despite that, and having never rowed in his life, he chanced an application.

“I never thought I’d get the place because I had no experience, but I was shortlisted and I did a few interviews, and I went to an Open Day to the National Rowing Centre in Cork,” he recalled. “They stuck me on a rowing machine and it took off from there. I haven’t looked back.”

That was in late 2020. He and Katie O’Brien, a native of Clarinbridge, started training together in early 2021. Steven joined up with Galway Rowing Club and divided his time between Galway and home. Early this year, he made the decision to leave his job and commit full-time to para-rowing. He and O’Brien are now based at the National Rowing Centre to the west of Cork city, where they train full-time alongside the likes of Paul O’Donovan, Fintan McCarthy, Sanita Puspure and the Irish women’s coxless fours team who won bronze medals in Tokyo last year.

Steven and Katie have had a busy summer. In May, they competed at their first full international regatta in Italy. In June, they went to Poznan in Poland for the Rowing World Cup II, where they finished fourth in the A final. And in August, they were in Munich to compete at the European Championships, where they again finished fourth in the A final.

“We’ve been thrown in at the deep end from May onwards!” laughed Steven. “It’s been a big change but I’ve loved every minute of it.

“Munich was very good. That was the first big regatta that I would have been at. It was amazing even to be over there with the Irish crew and to be a part of the team. It’s great to be in the middle of it.”

Steven and Katie compete in the PR2 discipline, which is for rowers using their arms, shoulders and trunks from a fixed position in the boat. They race over a 2,000m course. In double sculls, the relationship between the two rowers is everything and Steven counts himself lucky to be partnered with an athlete of Katie O’Brien’s calibre.

“Myself and Katie get on very well,” he offered. “It wouldn’t work otherwise, if we didn’t get on. We’ve spent that much time in the boat together over the last 20 months or so, we nearly have to get on! She’s an amazing athlete. She’s coaching me in the boat too, she’s amazing.”

They will face into their biggest challenge to date next week when they compete in the World Championships in the Czech Republic. They will be joined in Racice by Conor Moloney from Galway Rowing Club, the Irish Para national coach.

“I’m buzzing to go and race now,” said Steven of the week ahead. “We’ve a good chunk of training put in so we’re hoping to be faster even since the Europeans. Hopefully all goes well.”

Rowing in Ireland has received a huge boost in popularity over the last six years from the success of the O’Donovans, McCarthy and Puspure, but para-rowing has yet to really feel those effects. Steven and Katie will be Ireland’s only para-rowing representatives at the Worlds and there is still no specific para-rowing funding from Sport Ireland.

Steven and Katie set up a GoFundMe earlier this year to enable them to compete around Europe. They have also relied on the sponsorships of companies around Galway, and the support of Galway Rowing Club. Without those backers, they would be unable to compete at international level.

The hope is that more para-rowers will take up the sport in the years to come and that increased participation levels will lead to an increase in official funding.

“It still wouldn’t be very popular, to be honest,” offered Steven. “We want to start up a proper para-rowing platform in Ireland with lots of different categories. We want a para-team really, not just myself and Katie. We want other athletes to be contesting for seats and to be training against each other.”

It is an enormous commitment for Steven to have made, to leave his job, relocate to Cork and dedicate himself entirely to one of the most physically-demanding sports there is. But he’s glad he took the plunge.

“Ah it’s massive yeah, but there’s no time like the present to do it,” he reasoned. “It was a big step to leave work and go training full-time, it was a big decision to make, but I’m happy I did it and I’m enjoying it. Hopefully it keeps going in the right direction.”

The right direction, from Steven and Katie’s point of view, is towards Paris, and the 2024 Paralympic Games. Qualification for Paris will be decided at the World Championships in Belgrade this time next year and while Steven admits that he and Katie still have work to do to achieve that goal, they are already well on their way.

“At the minute we’re a bit off the target, because we’re still such a new crew. Some of these crews have been racing together for 15 years,” he said.

“But we’ve made so much progress in the last year, even in the last couple of months while training full-time. So another year should see us make big gains again. I’d be quite hopeful.”