Master Reilly sends out the recruiting call for 2023

As All-Ireland final defeats go, last Saturday’s in Ballinagh wasn’t quite as heart-wrenching as the majority of those suffered by Mayo footballers in the recent past.

Any final loss brings its own pains and regrets, of course, but for the Mayo Masters, as clichéd as it may sound, participating really is reward enough in itself. So when Mayo wing-forward John Reilly paused for a moment after the final whistle to reflect on the game just gone, he was able to apply some clear-eyed analysis without too much emotional stress. 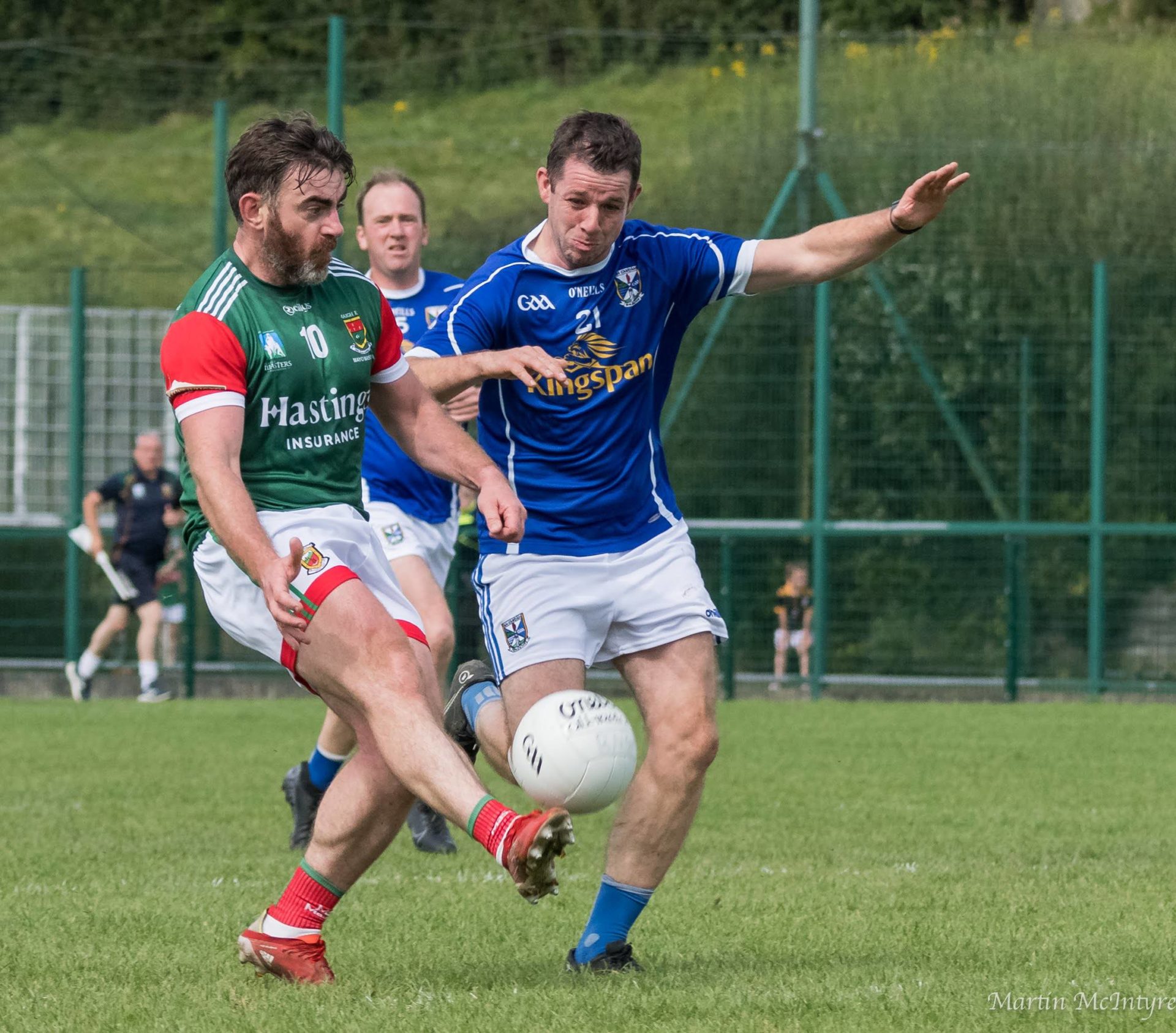 Mayo’s John Reilly gets his kick away as Cavan’s Sean Farrelly closes in. Pictures: Martin McIntyre

“I think for 40 minutes Cavan were the better team. They held onto the ball a little bit better than us,” offered Reilly after the Gaelic Masters Plate final.

“We went three points up in the first-half but we just couldn’t get out of our half with the kickouts, they broke through the middle and I think they hit us with 1-3. When that happens, it’s hard to come back.

“But we fought well, we got a penalty and we had chances to level it and maybe even to win it. But it’s Masters football, we’ve enjoyed the season and I think we’ll regroup and go back again. There’s more in this group for next year,” he said.

This was Reilly’s first year at the grade, while some players such as Pat Mulchrone and Declan Doyle have been soldiering with the team for the best part of a decade. Reilly encouraged any footballer in the county who has recently turned or is about to turn 40 to get involved with the team in 2023.

“It’s really enjoyable. A shout-out to any man in Mayo who’s 40 next year to come out and play some county football with us, because there’s a great team spirit there. You meet lads you would have played with and against for years, and it’s very enjoyable,” he said.

Mayo had shown no small amount of heart and character to battle back from a six-point deficit with just 15 minutes of the hour to go. An Eddie Conroy penalty helped cut the Cavan lead to a single point late on, but as Reilly wistfully acknowledged, Mayo had just been unable to find the crucial late equaliser. 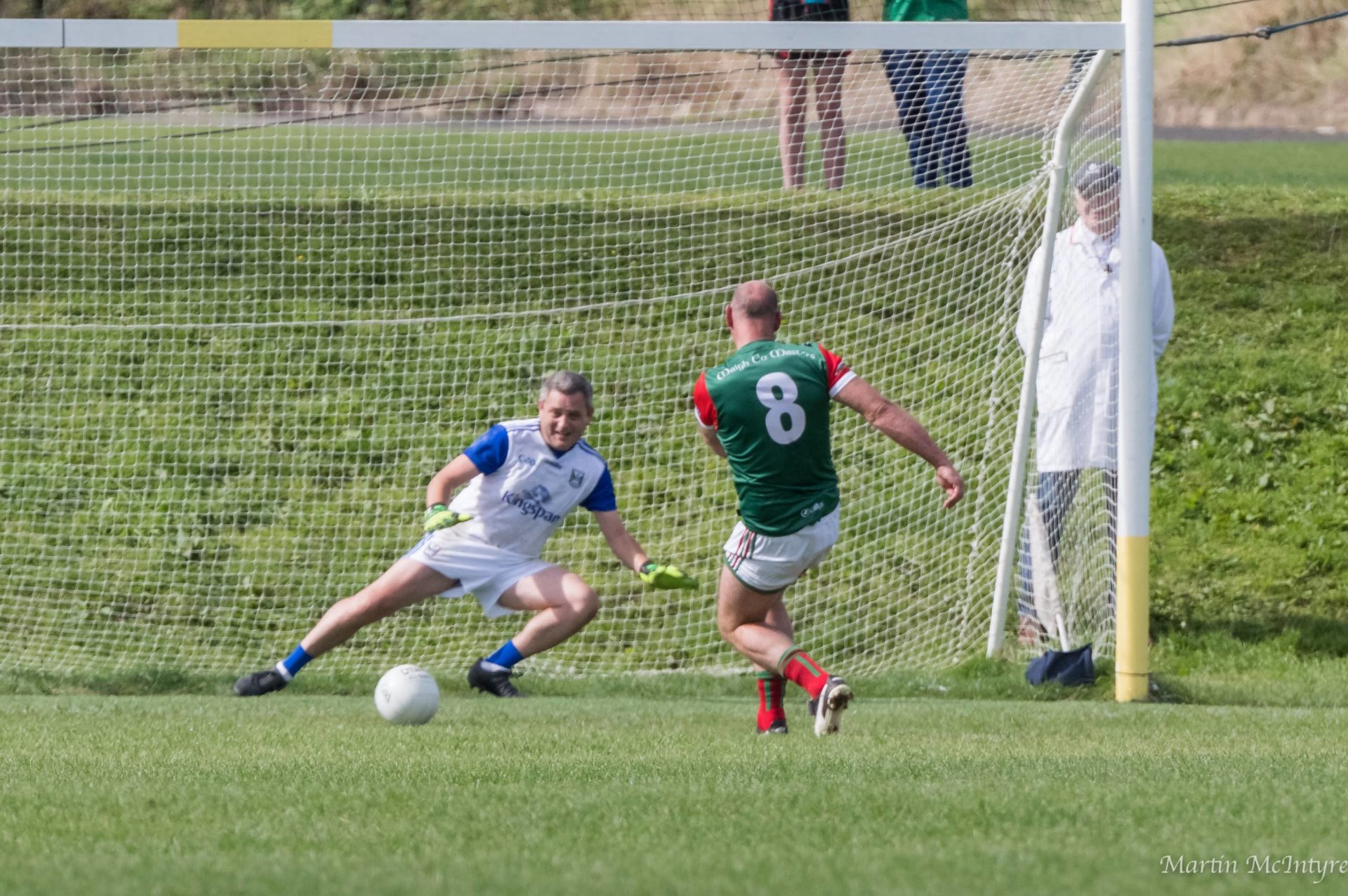 “In this group, there’s a lot of heart, and the way Mayo plays football has a lot of heart. It’s the first time Mayo have lost a game here in the Masters and that’s a hard one to take, because the last time they played here they won an All-Ireland (in 2016),” he said.

“But we enjoyed the game. The result didn’t happen but look, we’ll go again. We’re in the middle of the Mayo championship and there are bigger things to come!”

That last point is an especially salient one for Reilly; not only is he playing for the Masters, but he is also managing the Kilmeena team in their first season at the intermediate grade, having led his native club to the All-Ireland junior club title earlier this year. Kilmeena began their championship with a win over Kilmaine last weekend before heading down south last Sunday for Round 2 against Hollymount-Carramore.

“It’s been brilliant, this is my social time!” laughed Reilly, when asked how he has balanced the two.

“We’re back out tomorrow against Hollymount-Carramore but you can blow off a bit of steam here and go out again tomorrow. I think the heart rate will probably double again tomorrow when we’re down in the Saucer!”