Anger that Mayo district is reduced to a ‘skeleton staff’

The Claremorris-Swinford Municipal District was described as being treated like the ‘poor relation’ last week by alarmed councillors due to the loss of an experienced architect and engineer. 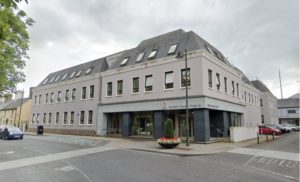 “The area we represent is a third of the county with 10 councillors and geographically our area is larger than some counties in the country.

“We’re operating on a skeleton staff who are doing the work, excellent staff that they are.

“My big concern – and the big concern of my colleagues – is that drip by drip we will lose more indoor staff as we are losing outdoor staff.”

Cllr Richard Finn described the transfers of key personnel as “an attack” on the Claremorris municipal area.

“What has been transpired is an ongoing situation where we are being left the poor relation as regards our status in this area.

“I’d like to compliment our traffic warden and our litter warden for the work they do under extreme circumstances.”

Foxford-based Cllr Neil Cruise also criticised the recent changes although he welcomed the appointments of Ms Kennelly and Ms Daly.

“We’re losing very experienced people in Matt Stevens and Declan Ginnelly, who has been in our area in the Foxford and Swinford areas since 2014. The projects are there to be seen and along with Austin Meehan they were a fantastic team and they did an awful lot of work in our area.

“We’ve seven of the nine next [largest] sized towns in this district after Ballina, Castlebar and Westport and we need capital projects.”

Director of Services for Community, Tourism and Enterprise, Joanne Grehan said she would pass on the concerns to senior management.

“There have been a lot of staff changes over the last period and we’ve all felt it in different ways,” she said. “I have been assured by HR that there will be some placements-appointments in relation to technical staff within the next number of weeks.”

Ms Grehan said the council’s chief executive Kevin Kelly would be reviewing staffing levels in the county in the coming months.