A special plaque will be unveiled today in memory of a Roscommon garda who was killed in the line of duty.

On the morning of the April 3, 1970, Garda Richard (Dick) Fallon responded to a raid alert at the Royal Irish Bank on Arran Quay with colleagues, Garda Paul Firth and Garda Patrick Hunter, from Mountjoy Garda Station. 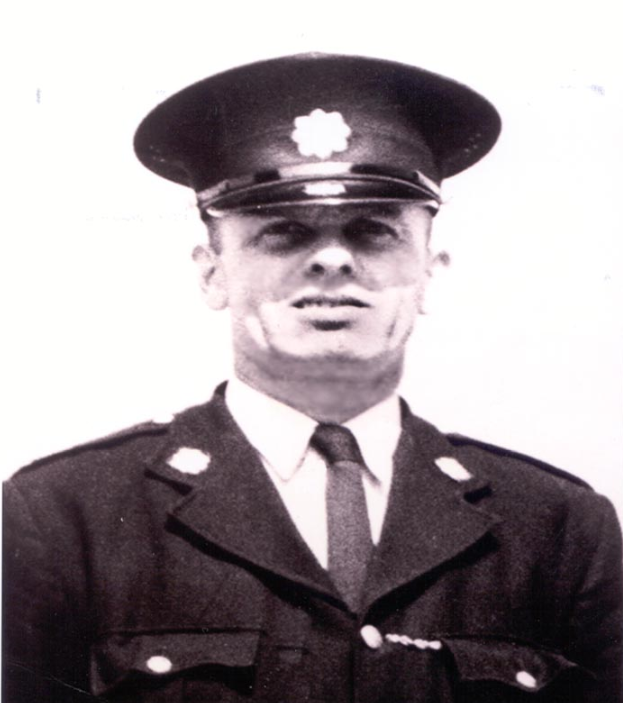 At 11am Garda Fallon was shot at close range by the armed raiders as he attempted to apprehend them, he died instantly. Garda Richard Fallon was posthumously awarded a Gold Scott Medal, An Garda Síochána highest award for bravery.

An event to mark the 50th anniversary of the murder of Garda Fallon, which fell on April 3, 2020 during the Covid-19 pandemic, was postponed. This event will now take place today hosted by the Garda Síochána Retired Members Association (GSRMA) at the Real Nation Building at Arran Quay, former site of the Royal Irish Bank today.

The event will begin at 11:00am with a small number of key note speakers internally in the building followed by a ceremonial wreath laying ceremony and a minute silence outside on Arran Quay at approximately 11:15am. The Garda Band will perform music at the event including the last post and National Anthem.