A Westport native who tragically lost his son ten years ago will address an international health conference next month. 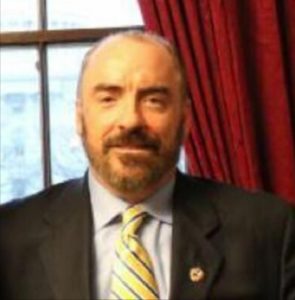 Ciaran Staunton from Knappagh, Westport has lived in the United States since 1982, where he has ran a number of bars and restaurants in New York. He also lobbied heavily for the undocumented Irish who are living in the US and for immigration reform.

He married Orlaith and they had two children, Rory and Kathleen. In 2012, the family’s lives were turned upside down when their son and brother, 12-year-old Rory, died from sepsis within days of getting a cut playing basketball.

As a result, the family established the Rory Staunton Foundation, to raise awareness about sepsis. The hospitals in New York state have now implemented ‘Rory’s Regulations’ meaning they must identify and begin treatment for sepsis if a patient shows symptoms. Rory was not given antibiotics and fluids until it was too late.

This month is Sepsis Awareness Month and on September 16, Ciaran will be the keynote speaker for the Global Sepsis Alliance, the international body that unifies more than 100 organisations worldwide who are invested in the fight against sepsis along with Sepsis Stiftung, who will host a unique event in Berlin, Germany to celebrate a decade of World Sepsis Day.

Ciaran will share the stage with global leaders and experts on sepsis from all over the globe including Dr Tedros Adhanom Ghebreyesys, Director General of the World Health Organisation. Ciaran said he is incredibly honoured to be given this opportunity.