Mayo mum’s memoir has resonated with many since its launch 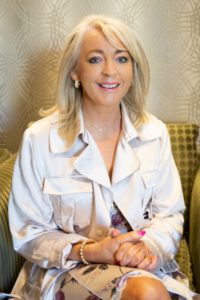 Eithne Ring, a native of Westport and author of ‘Does My Son Take Sugar?’ a candid memoir detailing experiences of adoption in Ireland

The author of a memoir that provides a candid insight into adoption experiences in Ireland in the 1980s has said she hopes it will continue to keep generating conversations around the topic ahead of a new law allowing adopted children greater access to their birth information.

‘Does My Son Take Sugar?’ by Westport native Eithne Ring has gripped thousands of readers since it was launched in July.

Mrs Ring, who gave her son up for adoption, said the book has had an impact ahead of the launch in October of information and tracing services for adoptees.

“People always approach me to talk about it, often telling me they have a similar story about themselves or a friend or a relative.

She said memoirs such as her own are important to ensure this aspect of Ireland’s past is never forgotten about, adding she has heard from a number of young people who have read the book, who were taken aback at how recently stories like her own played out in Irish history.

“The subject should be on the curriculum in schools because this is our history and everyone needs to be aware of it. A lady approached me recently and told me her daughter couldn’t take her eyes off the book. Her daughter couldn’t believe I couldn’t keep my baby, she was aghast this situation would even happen.

“52,000 children were adopted since 1952, around 40 kids a week that could have been taken away from young mothers. No one could ever imagine that happening in this day and age. I didn’t want to give up my child but I signed those papers to give my son away and on the Friday in hospital, the nurse told me, ‘He’s gone now, you can go.’”

‘Does My Son Take Sugar?’ is available in Easons and Pangur Bán in Ballina or through eithnering.com.

Silent and brooding, Moorehall is a constant reminder of the tragedy of our Civil War