Michael Collins’ principal connection to Mayo was through his older sister Catherine, who was a teacher at Carragowan National School, near Bohola. 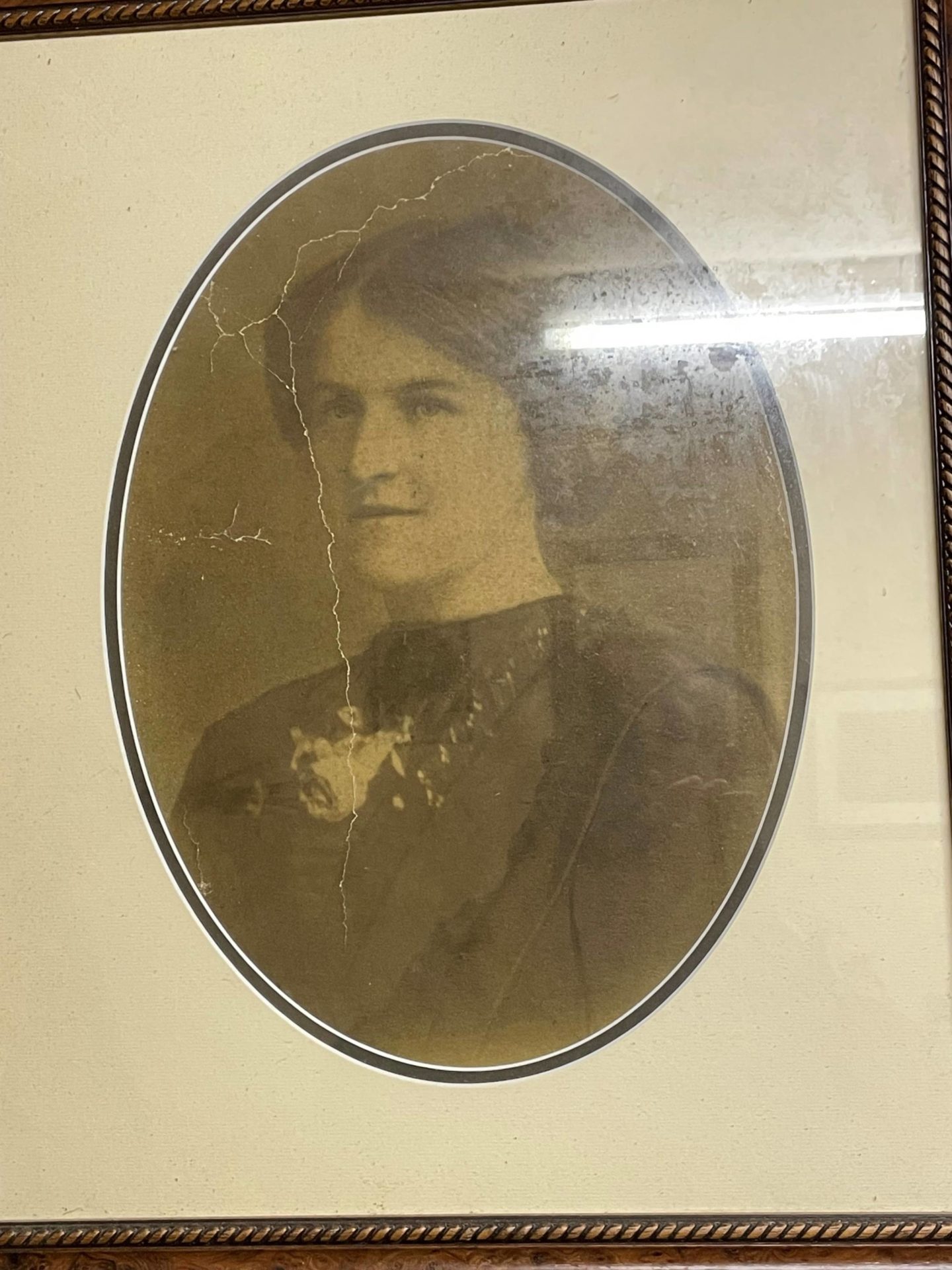 A portrait of Michael Collins sister Kitty, who spent most of her life in Bohola.

Better known as Kitty, Catherine Collins could hardly have travelled further from her native Clonakilty when she took a schoolteaching job in Co Mayo. However, she quickly settled into life in Bohola and married local man Joe Sheridan, who was a brother of the famous Olympian Martin Sheridan. Indeed, when Michael Collins was in prison in Sligo in the spring of 1918, he wrote in his diary about learning of the sudden death of Sheridan, who was one of the first victims in New York of the Spanish Flu pandemic, which would rage across the globe for the next year. Collins would have heard the news from Kitty who visited him while he was in Sligo Gaol.

There is anecdotal evidence that Collins travelled to Mayo on several occasions in the historic period from 1916 to ‘22 to visit his sister, but he tended to stay in neighbouring towns rather than Bohola. He stayed with the shopkeeper Thomas Jordan in Kiltimagh on a number of occasions – Jordan was one of the oldest members of Sinn Féin in the West of Ireland and represented the party on Mayo County Council from 1920-‘25. 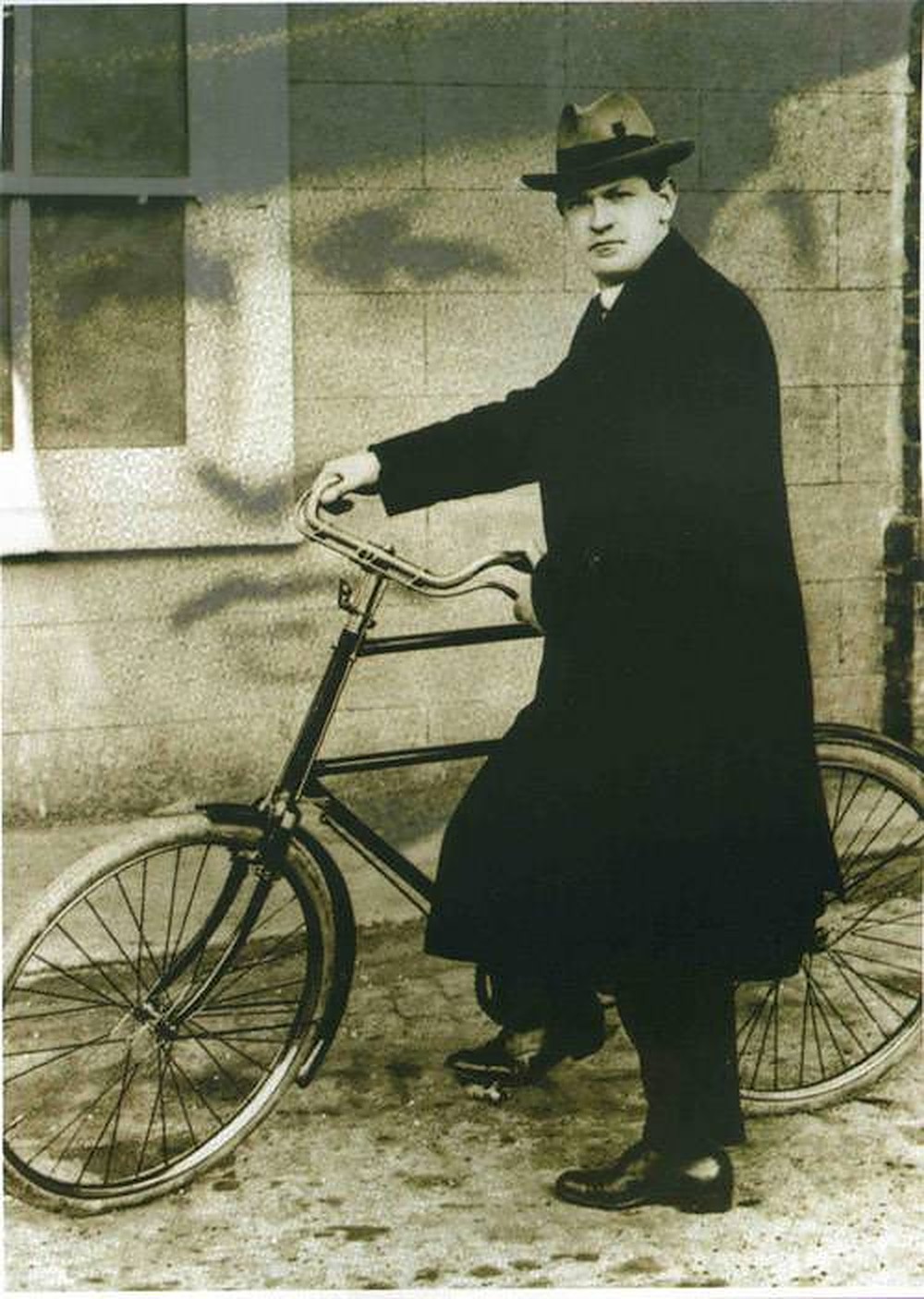 Local historian James Reddiough, who writes a fortnightly column for this newspaper, says one past pupil of Carragowan NS, Chris Leonard, recalled a visit by Collins to the school.

“We were in class when we heard the latch rattling,” Leonard recalled. “One of the boys opened the door and there stood Michael Collins. ‘An bhfuil Bean Uí Shioradain anseo?’ he asked, which translated as ‘Is Mrs Sheridan here?’

“I remember him well, he was a fine tall man over six feet and good-looking with the same fair skin and dark hair his sister had. He was wearing a salt and pepper coloured jacket and the thing that sticks out most in my memory was the leatherette trim on the cuffs of his sleeves and the leather patches on the elbow of the jacket. He also wore leggings and riding breeches.”

Perhaps the most famous story concerning Collins that has been passed down through the generations in Bohola concerns a trip that Kitty Sheridan made to Dublin at the height of the War of Independence. The story was retold in the Irish Independent in March 1964 following the death of Mrs Sheridan. This is the Irish Independent’s version:

The incident occurred in 1921 when Mrs Collins-Sheridan was a schoolteacher at Bohola, Co Mayo. One day she left Ballyvary station for Dublin where she had an appointment with Michael, but local British intelligence got news of the journey and word was passed to Dublin that if the traveller was kept under observation she must lead her observers to Collins.

When she left Ballyvary, Mrs Collins-Sheridan was wearing a gabardine coat, and this information was relayed to Dublin. But at Athlone, a friend met the train, and as the day was very cold, prevailed on Mrs Collins-Sheridan to wear her fur coat instead. So the traveller swapped her own gabardine for the borrowed fur, and proceeded on her way.

At Broadstone Station, Mrs Collins-Sheridan saw with considerable dismay a detachment of troops on the platform under a British army major. She also saw her brother nonchalantly waiting for her. The shock was so much that she became physically ill and had to be helped from the train to a platform seat. Meanwhile, major and troops were busy looking for a woman in a gabardine.

But the end of the incident was not yet. Collins, with that romantic effrontery which made him a legend, cooly approached the British major, directed his attention to the sick woman, and urged him to get her to hospital immediately.

The major’s reaction was chivalrous. He detailed two soldiers to take Mrs Collins-Sheridan to a taxi, thanked Collins for his considerate thought about a stranger – and resumed his search for the woman in the gabardine!

Thanks to Michael Roche in Bohola for tipping the Western People off about that fantastic story, which captures the sheer audacity and utter fearlessness of Michael Collins.