The Jackie Clarke Collection, in partnership with the Mayo Arts Office and the Decade of Centenaries, earlier this year selected Leitrim artist Shane Finan to be its latest artist-in-residence following an open call.

As part of his work, Shane will look at the Collection’s artifacts relating to the period from 1922 and 1923. This encompasses the Civil War, the foundation of the State, and the creation of Northern Ireland, with the artwork set to launch in November 2022 at the Jackie Clarke Collection. 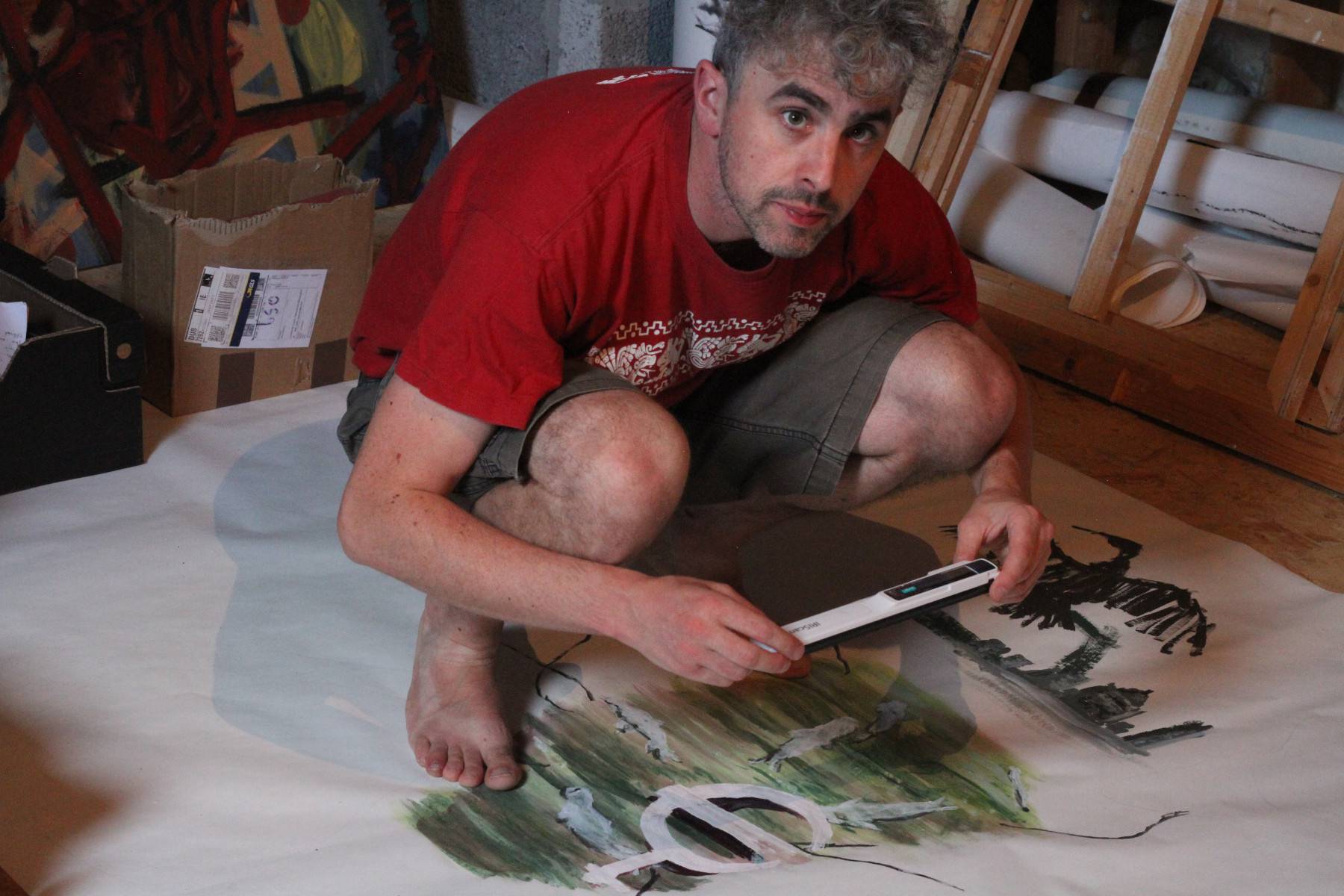 Shane’s work focuses on considering the different ways people collect material and the sort of material that can be collected from the many different voices of Ballina and the surrounding areas.

“The proposal I put forward was to say while this is mostly a text-based collection, I wanted to look at the ways in which we can collect information about what is happening now in contemporary Ballina together and why people collect, to begin with.

“The goal is to create a sort of future museum for people in 100 years’ time, a reflection of our time right now. It is relevant right now because 100 years ago the Civil War and War of Independence took place and a lot of what came out of that is quite contentious. It still causes a lot of pain for people. I wanted to look at the positive things happening right now to look towards a bright future,” he said.

The idea of collecting is central to what Shane is looking to create in his exhibition, which will grow in a way similar to a collection as time passes by. He has taken a leaf out of Jackie Clarke’s book by gathering autographs from the people of Ballina, for example.

“He collected various autographs, not just from important historical figures but also from his friends and his family. They have interesting notes where people wrote a short poem or a little story.

“Looking at that, I saw a really good way to engage with people so I started to go around Ballina and talking to people and asking for their autograph, then later creating artwork off the back of that.”

The exhibition will be much broader and will incorporate elements of digital media.

“In the same way, a writer would find a creative way to present research material, I work with digital media, electronics and lights to build installations on-site using tools to reflect what Ballina is right now.

“I’m a little bit of a tinkerer and a hacker type as well and that allows me to bring in elements of technology more.”

Shane is incorporating technology into the exhibition in ways he describes as “unpredictable”.

“For example, there is 100 years’ worth of newspapers in that collection. Everything from the Western People to the Irish Independent. I had a thought there was no human being who could read every single word in this collection.

“As a visual artist, I’m keen to use less text and translate it into something else. Within the pieces I’m building, I want to use text as a background material and so I’ve trained an artificial intelligence natural language processor programme to generate gibberish articles that have no real meaning.

“I will present this as an overload of text wallpaper as a background to some more quiet artworks that use everything from painting to screen-based animation to something sensor-based.”

“It all responds to the Jackie Clarke Collection itself in the way I interpret it.”