The life and violent death of a young South Mayo man was marked at a special ceremony at the weekend.

Michael Swift was just 24 years old when he was shot dead at Cloonacastle near Ballinrobe on August 12, 1922. 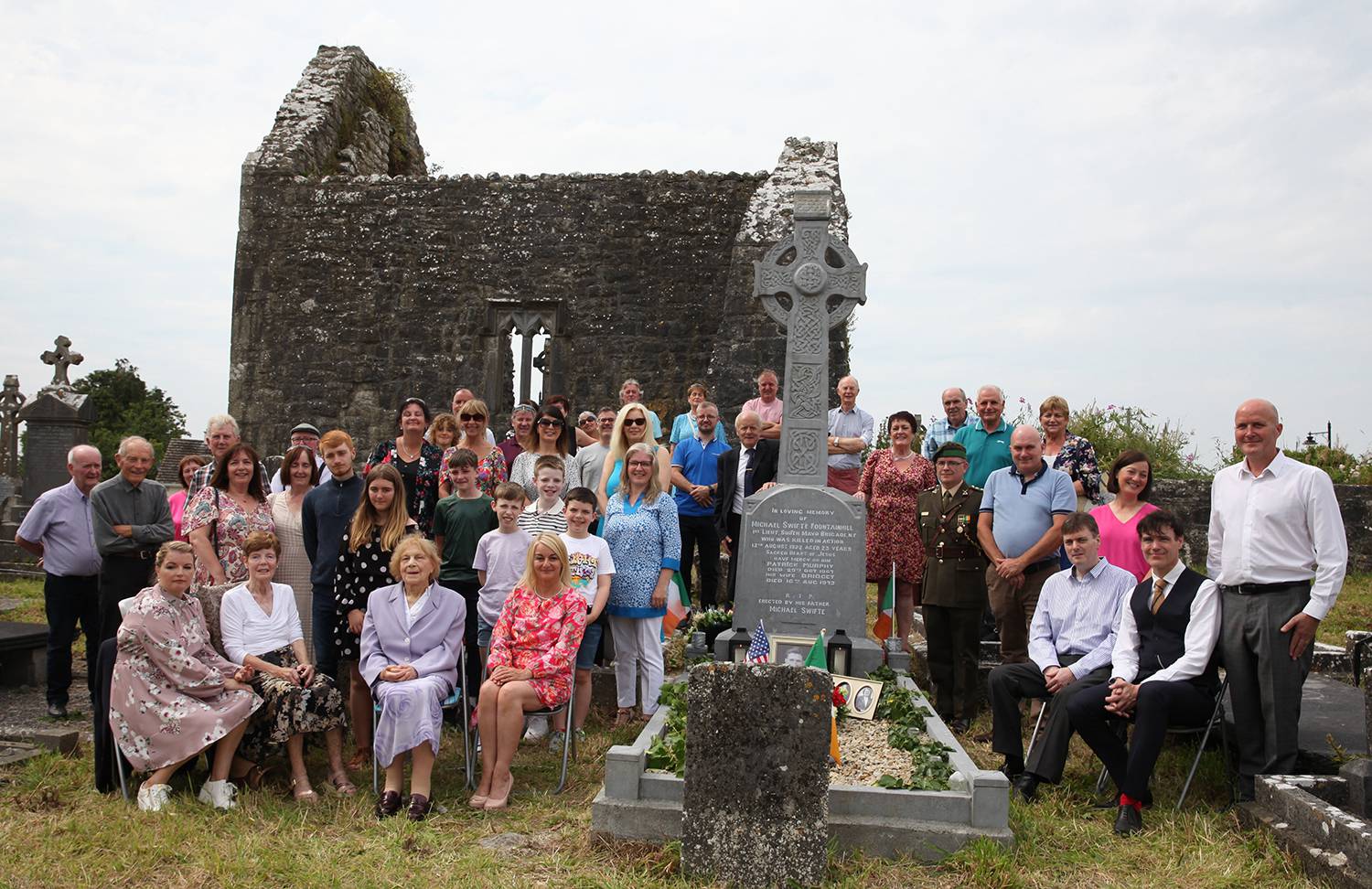 A ceremony on Sunday saw Michael’s grave at the old graveyard in Kilmaine blessed and the Army Reserve was present to lay a wreath. Family members made contributions and Richie Donohue, who carried out extensive research into Michael’s life and demise, recited a poem at the graveside.

A former member of the South Mayo Brigade of the IRA, Michael had answered the call issued by Michael Collins to join the National Army and support the Pro-Treaty side. The Fountainhill native was named First Lieutenant just weeks before his death.

Following a report of a roadblock of felled trees at a bend in the road at Cloonacastle and a missive that ‘Irregulars’ were in the vicinity, Comdt Masterson, National Army Garrison O.C., Ballinrobe, proceeded to the scene with 20 men and two lieutenants, including First Lieutenant Swift. 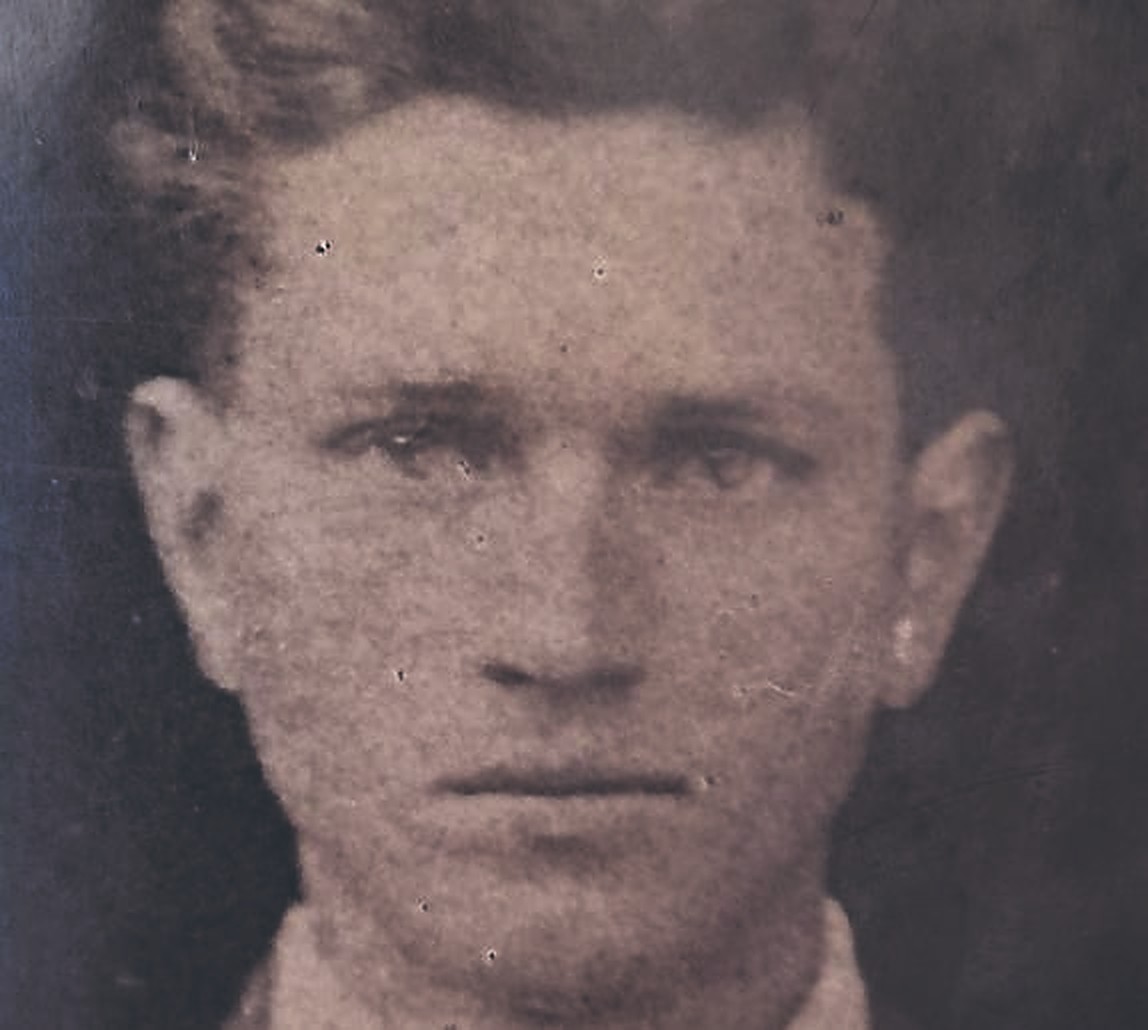 A ceremony took place at the weekend to mark the life and death of young South Mayo man Michael Swift, who lost his life in the Civil War in 1922.

They had begun to clear the roadblock when they came under fire from members of the irregular unit.

A Thompson machine gun and rifles were used by the ‘Irregulars’, and according to local sources, most likely ones obtained from the military barracks some months previously. The National or ‘Regular’ army members returned fire towards the castle.

After a short period, the ‘Irregulars’ departed and fled towards woodland at Cloonark on the east side of the castle. The National Army followed in pursuit, and as a group led by First Lieutenant Swift approached the wood from a southerly direction, a burst of shots rang out. Lieutenant Swift dropped to the ground, mortally wounded from an injury to his head.

Private Stephen Coakley from Claremorris, who had joined just two weeks earlier with Michael Swift, bravely carried his lieutenant into cover. However, he was pronounced dead a short time afterwards. His sister Bridget identified the body at Ballinrobe. Michael had died just a few days short of his 25th birthday.

Prior to his demise, Michael worked for the Congested District Board four days a week and also assisted his father in the running of a small shop and farm. The family also operated a travelling shop at the time.

It is thought that Michael’s mother Ann never got over his death and suffered from ill health following his passing. She made a daily pilgrimage to a hawthorn, adjacent to the family home, where she would weep for her dead son. She eventually died of a broken heart. Rev Fr Healy, PP Kilmaine, assisted the family in obtaining a gratuity of £100 from the State for the loss of their son.

“We always would have been aware of Michael and what happened to him,” said his grand-niece Geraldine Molloy.

“There would have been a picture of him in our old house when we were growing up but we didn’t really know the full story.

“The wounds of the whole scenario and him being killed at such a young age were still raw,” she added.

“Last weekend meant a lot to us. The last few generations have seen times move on and the wounds of that period heal and we feel it is time that his life was celebrated.

“He fought for our country and we are proud of him.”