The heyday of a Mayo ballroom 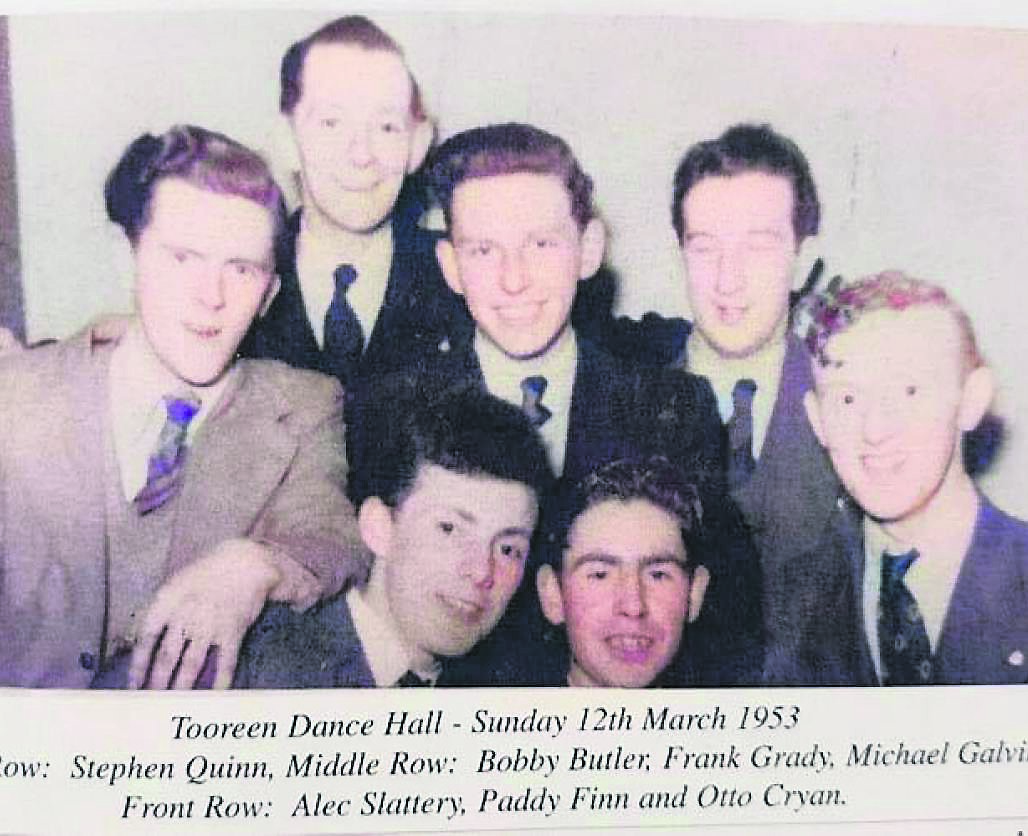 Mayo was a county renowned for its ballrooms and Tooreen was surely one of the finest in the county in its day.

It was opened as St Mary’s Hall on October 24, 1951, and the band that played there on that famous opening night was the Flying Carlton from Drogheda. Admission cost 10/- and the dancing hours were from 10pm to 1am. There was an extra cost for ‘supper’.

Other bands that played there in the following weeks were the Ralph Sylvester and Jack Murtagh dance bands or orchestras as they were called at the time.

At this time, the hall at Tooreen was referred to as Ireland’s premier social centre and the jewel of Irish rural hospitality. Tooreen is located in the heart of rural Ireland — indeed, not far from Ballyhaunis and on the road to Kilkelly and Charlestown.

The hall was the brainchild of Fr James Horan who came there as a curate in 1944. By 1949, Fr Horan had the idea of building a dance hall and he went to the USA to raise funds for the venture.

Work started in March and many local people were employed on its construction. James Ganley applied for the licence and the hall was run by a local committee. It was the Forkan family who donated the site for the building of the hall. Mr Golden from Ballyhaunis was the builder.

Many bands played there during the 1950s and 1960s and there was an Irish-American night held there on September 19, 1952, when there were 1,000 people in attendance. Music was provided by Gay McIntyre and his orchestra and it was a fine night’s entertainment with Terry Long, the Western People’s New York representative, among those present. In the years that followed, the committee of the hall at the request of its many patrons brought some of the finest bands to Mayo and one of those was the Stardusters Orchestra from Tralee.

Tooreen was not just for dancing there were plays of a religious nature staged there too. On July 8, 1954, a play called The Morning Rising was staged. It was based on the apparition at Knock. There was also a carnival and fun fair held there in August 1958.

But it was principally a venue for the best music in Ireland. The legendary Mick Delahunty and his orchestra played there frequently over the years as did the Melody Aces from Tyrone.

There was a dance held there for the London Irish Centre on August 15, 1969, and the Jack Ruane Show Band from Ballina played there. Michael Fanning was the organiser of the London Irish function and there was £100 raised on the night — it was a successful night for those times.

There were the finest of showbands there during the golden age of the showband era during the 1960s. There was the Riviera, Dermot O’Brien, the Melody Aces and the Clipper Carlton, to name but a few.

Other bands that played there over the years were Columba Gallagher, Stan Cauley and his orchestra, Jimmy Wiley, The Shadows and Clodagh Rodgers, the Johnny Flynn Showband, the New Express Showband, the Rhythm Stars, the Royal Blues and the Victors.

Catering at the time was provided by the Sunshine café and snack bar; initially, the suppers were provided by JJ Walsh.

The ballroom closed for dances in August 1969 with the Melody Aces and the Riveria being the last bands to appear there.

The hall was used for various functions in the 1970s and the 1980s but no longer did that famous old building resound to some of Ireland’s greatest music stars. However, people have the fondest memories of the time when Tooreen was in its heyday.