Nine kilos of cannabis was seized in the west following a search yesterday (Sunday) under Operation Tara. 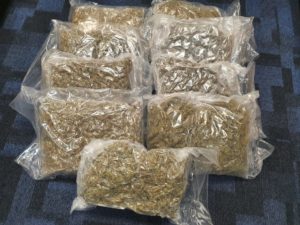 Gardaí attached to the Divisional Drug unit and assisted by members from Castlerea Garda station stopped and searched a van late on Sunday night in Ballaghaderreen and cannabis was seized with an estimated street value of €180,000.

The drugs will now be forwarded for analysis.

The driver of the van, a man in his early 40s was arrested at the scene and conveyed to Castlerea Garda station where he is currently detained under Section 2 of the Criminal Justice (Drug Trafficking) Act, 1996.