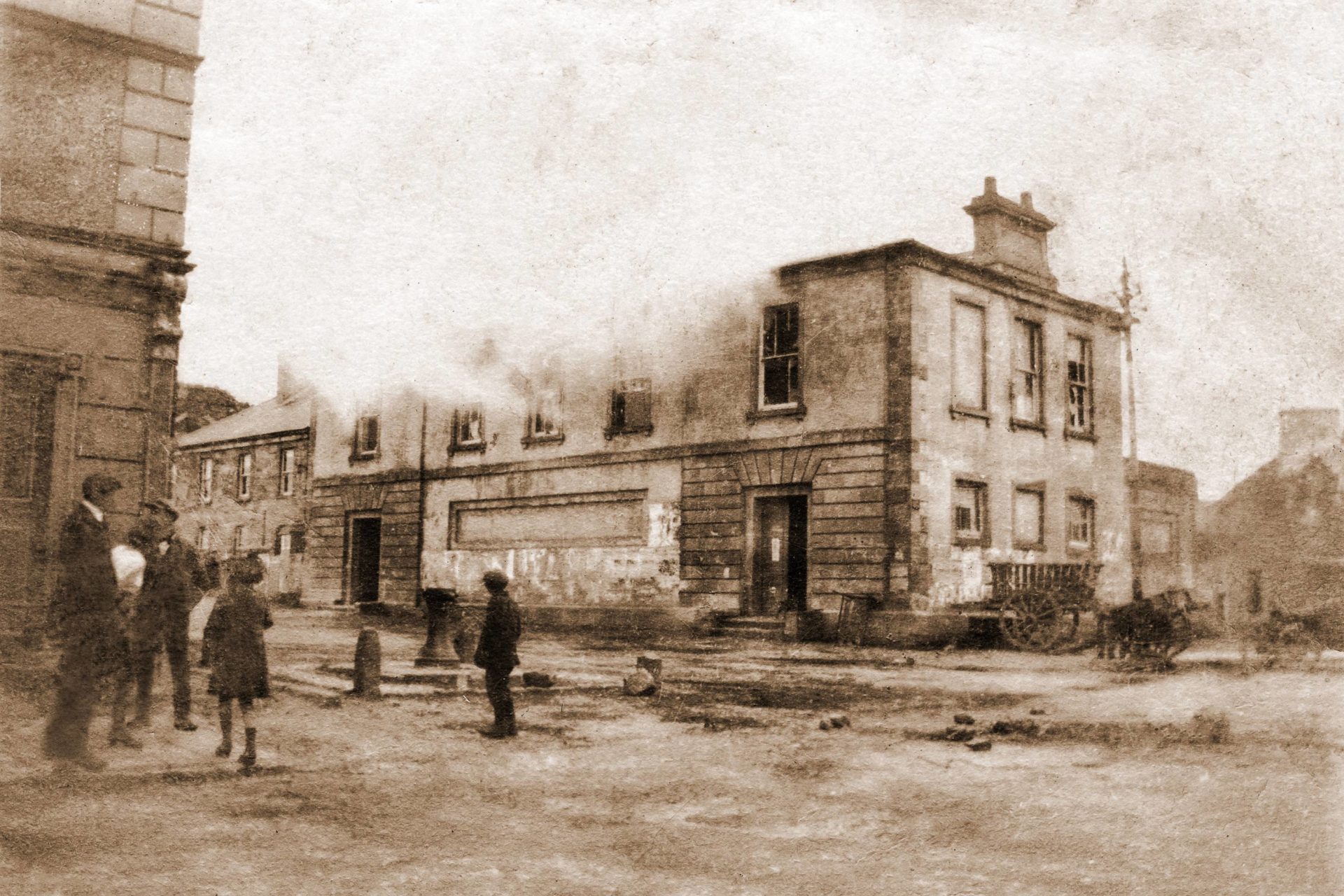 The striking image was taken by Joseph A. Mellett, a travel agent, and the grandfather of former county councillor Joe Mellett.

The Civil War split from 1922 to 1923 in Mayo as elsewhere was deeply personal, with friends and relatives often on opposing sides.

Joe has been researching the picture, which he believes is the only copy, and it was signed by his grandfather and dated in August 1922.

“That photograph was taken 100 years ago this week by my grandfather Joseph A. Mellett, and it’s great that he had a camera.

“I found it in a book when I was looking for something else, it’s only a tiny little photograph.

“It looks like a [big fire] although no one has a record of it happening, and I’ve been talking to some of the older folks and Tom Campbell photography and they’re trying to find out who set the courthouse on fire and that type of thing.

“There wasn’t an awful lot happening in Swinford during the troubles really, and nothing was catalogued.

“My grandfather died in 1930, aged about 65, and he survived two significant events. He was due to travel on a ship called the SS Leinster with his niece, she was going back to Canada, and it was torpedoed between Dun Laoghaire and Holyhead, and she drowned.

“He was a travel agent at the time, and another amazing story is that he was on his way to Cobh to sail on a ship when he got another telegram, and the name of that ship was the Lusitania, which was sunk by a German torpedo in 1915 [off the Old Head of Kinsale].

“So he cheated death twice, yet he still died a young man.”