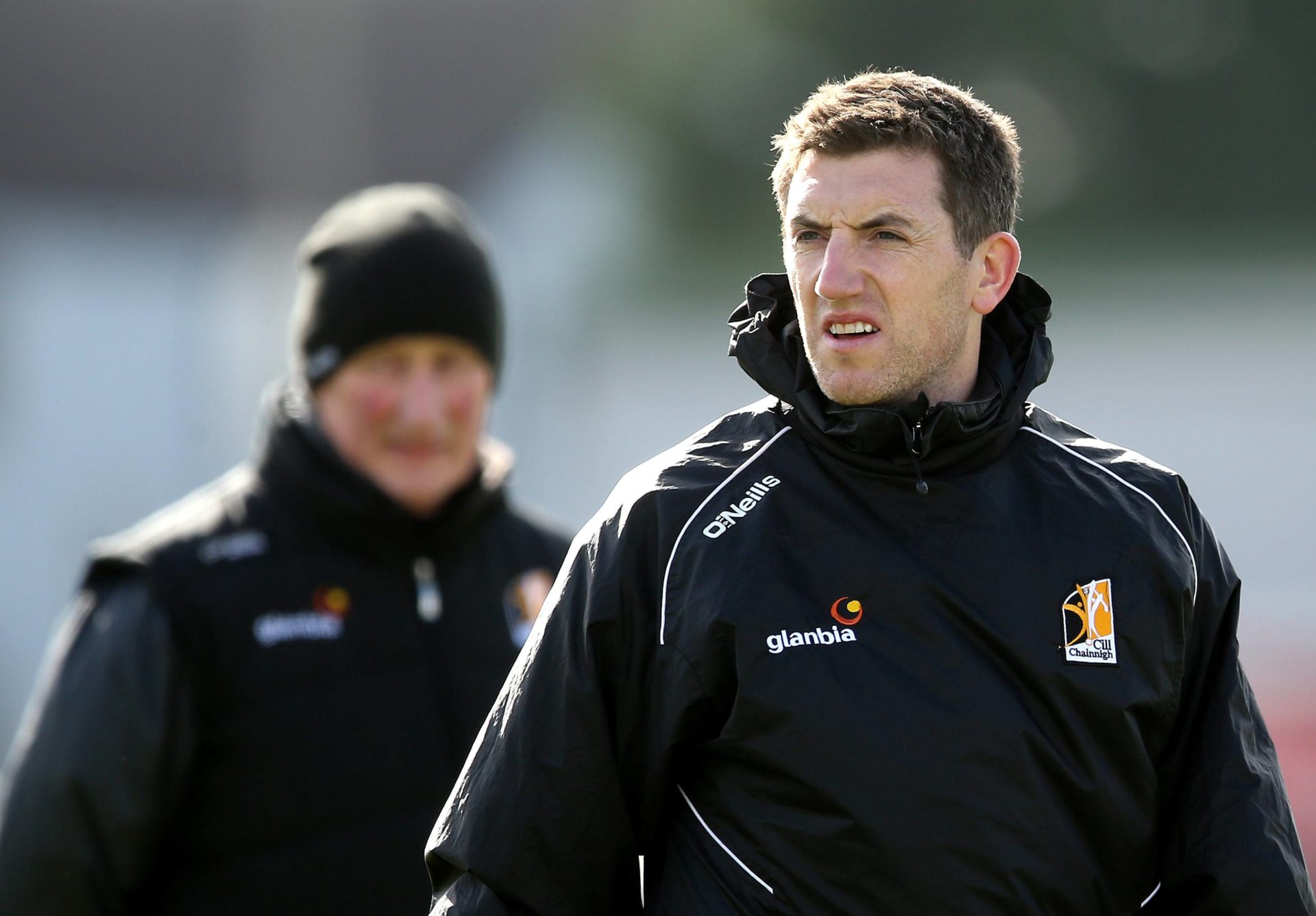 The new Kilkenny senior hurling manager Derek Lyng, who was appointed to the role 12 days after Brian Cody stepped down. Picture: INPHO/James Crombie

It was shortly after 8.30pm on Thursday evening last week when a statement was posted to the official website of Kilkenny GAA, and simultaneously flagged to the masses via their social media channels. Six sentences, totaling 82 words, and one neat example of a county, and a County Board, getting its business done quickly and efficiently.

“Following Thursday night’s meeting of Kilkenny County Board, Derek Lyng has been ratified as the Kilkenny senior hurling manager. A three-year term has been agreed. Selectors and backroom team will be confirmed later,” read the statement.

“Niall Bergin has been ratified as U-17 manager for the season ahead, while the process of appointing a U-20 manager will now begin.

“Kilkenny County Board wishes Derek and Niall the very best of luck during the season ahead.

“The County Board will not be issuing any further statement.”

Never mind that this is one of the highest-profile jobs in inter-county hurling, or in the entire GAA for that matter. Never mind that the newly-appointed Lyng will be taking over from arguably the greatest manager that Gaelic Games has ever known. Just 82 words, the facts as required, the absolute bare minimum of fuss. And a polite but firm reminder at the end that the County Board will be talking no more about it.

Twelve days had passed since Brian Cody announced his decision to step down as Kilkenny manager after a glittering 24 seasons at the helm. Enough time for Cody to receive the plaudits and tributes that a manager of his stature deserved, but not enough time to allow the process of appointing his successor to drag on any longer than it had to.

We saw an even more expedient example of a managerial change in Cork in early July, when Kieran Kingston stood down from his role in charge of the county’s senior hurlers. Barely 24 hours later, the Cork County Board had announced Pat Ryan as Kingston’s successor.

In both cases, it probably helped that the respective County Boards already had their men in mind.

Lyng managed the Kilkenny under-20s to their first All-Ireland title at that grade in 14 years earlier this summer, defeating a fancied Limerick side in the All-Ireland final at Semple Stadium. He is a six-time All-Ireland winner as a player, a two-time All-Star, a hurling man raised in the school of Cody who previously served as his selector, and a highly-regarded coach both inside and outside of his own county. The job was his to take, and he did.

But what stood out about the appointment process was the discretion of the whole enterprise. Lyng made no public comment over the course of those twelve days, and nor did the County Board. No other candidates came out seeking the job, at least not publicly. There had been some media speculation linking the likes of Henry Shefflin, DJ Carey and Eddie Brennan to the position but even those reports always felt a bit half-hearted.

That’s obviously not to presume that some pieces weren’t being moved around behind the scenes before a successor was announced. It’s doubtful that no coach other than Lyng was interested in the job. But whatever manoeuvrings there were, they were kept hidden, the net result being that when Lyng takes the Cats’ reins, he will do so with a clean slate and no grumblings from supporters that the County Board ought to have gone another way.

Then you have the most striking line in the statement: “Selectors and backroom team will be confirmed later.”

Kilkenny were appointing a manager, not a managerial ticket. The most important thing was getting the main man in place. The identities of the rest of Lyng’s ticket are clearly of secondary concern and will be made public sometime in the future.

Again, you have to presume that the make-up of Lyng’s backroom team was already fairly certain in internal circles before the appointment was made and that the officers of the Kilkenny County Board were well-informed of who those selectors, coaches and mentors will be. No County Board at the top level of today’s inter-county game would appoint a manager with carte blanche to bring in whomever he chooses, without at least running the names by the suits first. But the point is that what mattered most to the Kilkenny County Board was getting the right man at the helm.

All of the elements of how Kilkenny went about their business here – the speed, the discretion, the complete supremacy of the manager – are in fairly stark contrast to how the current search for the new Mayo senior football manager is playing out. James Horan stood down on Monday, June 27, meaning over six weeks has now elapsed, and we still don’t know who his successor will be.

The process will be finalised in the next couple of weeks; interviews with the four candidates are expected to take place next week and the deadline of having the new manager in place before the start of the club championships on the first weekend of September should be comfortably met.

It’s not to suggest that one approach is right and the other is wrong. Indeed, there’s a strong argument to be made that an open, considered, patient search is actually preferable. The quickness of the handovers in Kilkenny and Cork does give the perception that there was never much hope of other candidates stating their cases once those County Boards decided they had their men.

There are a host of counties looking for new senior football managers at the moment and appointment processes are currently underway in Donegal, Monaghan, Offaly, Down and Roscommon, amongst others. A few of those have been without a manager for almost as long as Mayo – in Monaghan, for example, Banty McEnaney stood down as long ago as June 29, two days after Horan and three weeks after the Farneymen exited the championship at Mayo’s hands. No successor has yet been named, although Jason Sherlock has seemingly emerged as a leading contender.

But none of those searches, at least so far, have drawn anything close to the national spotlight that the search for Mayo’s new supremo has received. Some of that is inevitable because Mayo football remains box-office entertainment in a way few other counties are.

But a big part of it is self-generated too. Three of the four candidates have publicly announced their backroom teams and the fourth is relatively common knowledge by this point. Contrast that with the Kilkenny method, where Derek Lyng’s backroom is kept in-house even after he’s been given the job.

And by allowing the process to be played out so publicly over a period of weeks, we are only encouraging the heat around the whole thing to build up. We are essentially ensuring that when one of the four candidates eventually gets the gig, and the other three consequently don’t, there will be a fallout of hurt feelings and bruised egos which could very easily have a knock-on effect down the line.

Already, before any interviews have even taken place, supporters are nailing their colours to masts.

Allegiances and preferences are being declared and fought over based on reputations and the relative strengths of backroom teams, seemingly without a second thought being given to the visions the candidates might actually have for the role, or how they might actually perform in an interview.

The factors, in short, that would be decisive in almost any other appointment process in the world but seem to matter precious little when it comes to choosing a new Mayo manager.

It will all come to a head soon enough, one way or the other. But in the long term, there might be a few lessons we can all take from how other counties do their business.