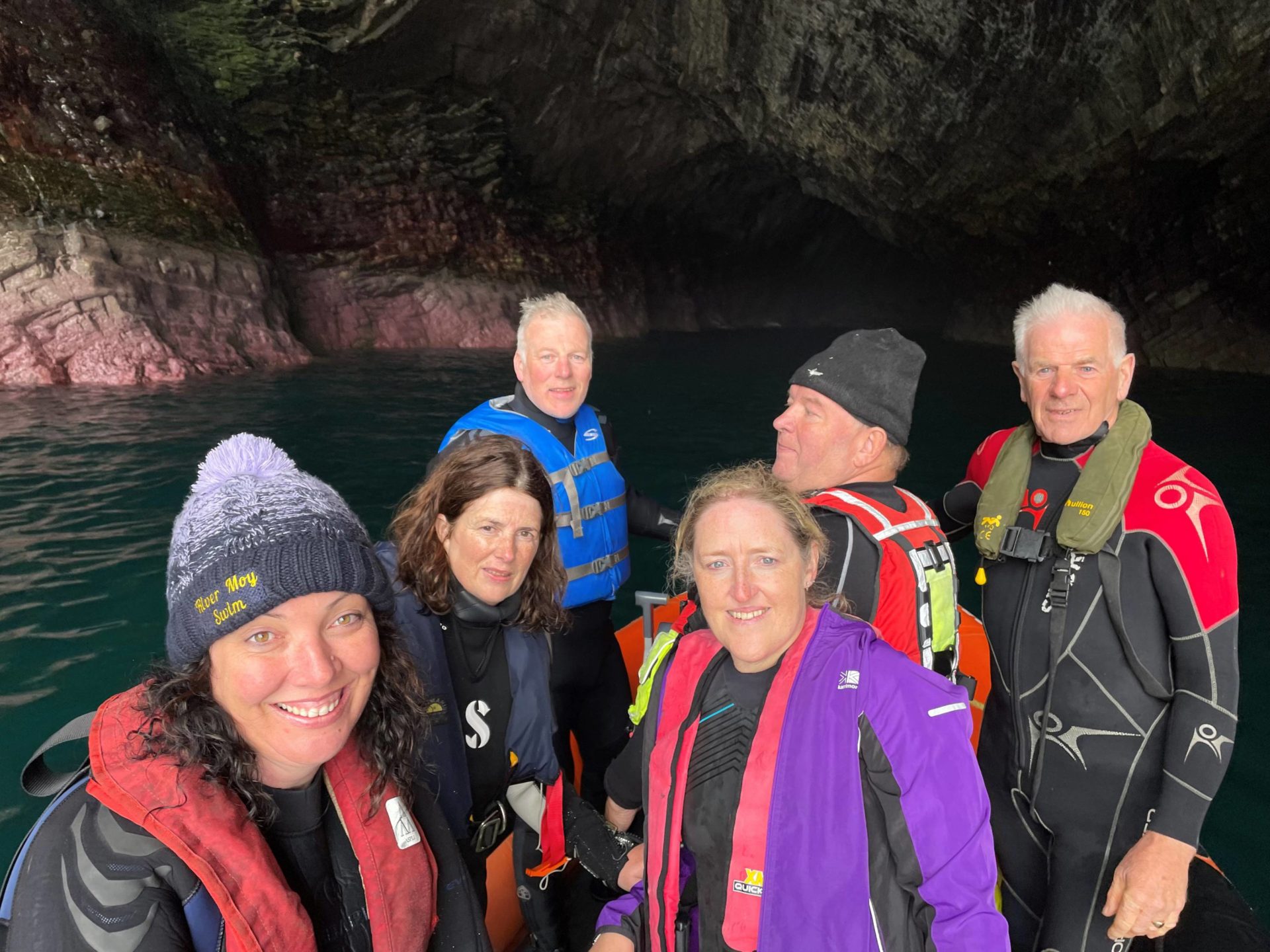 Members of the Grainne Uaile Sub Aqua Club and Search and Recovery Unit on duty at the Bronze Man Triathlon in Belderrig recently.

Members of a local diving club have paid a special tribute to one of its founding members who tragically passed away during a rescue operation nearly 25 years ago, writes Paul O’Malley.

Over the August Bank Holiday weekend, members of the Grainne Uaile Sub Aqua Club and Search and Recovery Unit in Ballina were involved in the safety cover of the Bronze Man Triathlon in Belderrig, along with members of the Garda Sub Aqua club.

Following the event, members travelled out to the cave at Benwee Head to say a silent prayer for their club man Michael Heffernan who tragically lost his life on the October Bank Weekend in 1997 while rescuing a local family.

Mr Heffernan, who was 38 at the time, was an experienced local diver and founder and training officer with the Grainne Uaile club in Ballina.

During the incident, Mr Heffernan helped to save the lives of the Murphy family from Ballycastle, who were exploring the caves at Horse Island when their boat got into trouble.

Another man, Will Ernest von Bellow (53), a retired German businessman who lived in the North Mayo area and had travelled out with the Murphy family, also died during the tragic incident, while two garda divers were pulled to safety.