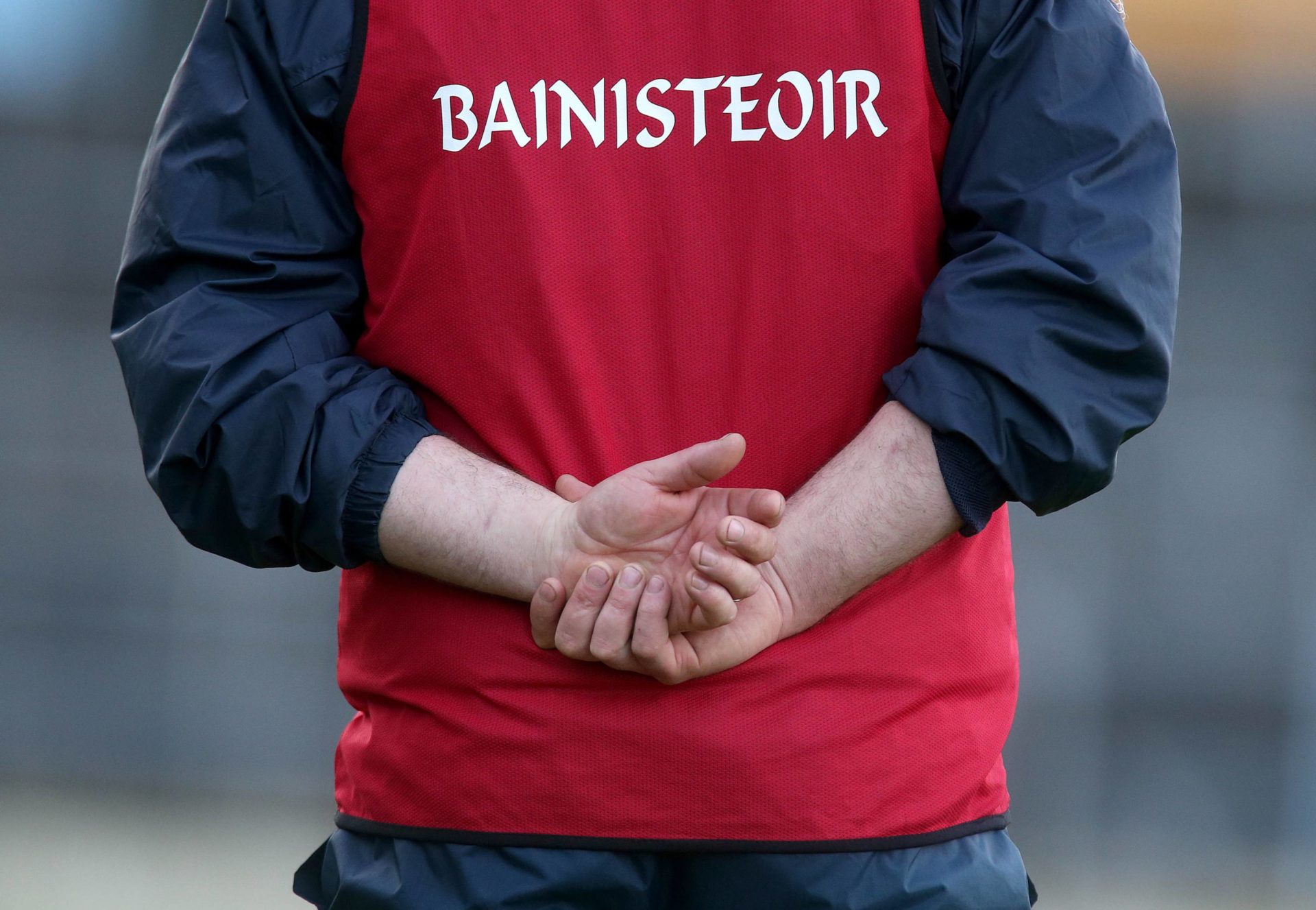 Mayo County Board must decide which of the four nominated candidates is best placed to lead the county senior football team to the Holy Grail. Picture: INPHO

Not only is it a claim that has gone unopposed, it’s a claim that over time has been unwittingly advanced – including this writer only recently – with very few stopping to consider the timeline of what actually happened.

The idea that Kevin McStay was the only candidate nominated to become the new manager of the Mayo senior football team in the wake of James Horan’s departure in 2014 is not true. Mayo GAA officials in situ at the time, and more pertinently, the four clubs who forwarded an alternative for the vacancy, will testify to that, as does the coverage in the local newspapers at that time.

When the close of nominations had passed at 11pm on Thursday, September 18, 2014, the GAA clubs of Moygownagh, Hollymount-Carramore, Westport St Patrick’s and Castlebar Mitchels had all seen fit to nominate the joint ticket of Noel Connelly and Pat Holmes for the management position. Indeed Connelly’s confirmed interest in the role as manager – and the potential of Holmes throwing his lot in – was flagged by the Mayo press well in advance of that deadline for nominations. It was even reported that the respective candidates had at that stage already “spoken to” Mayo GAA officials. And yet as if almost by osmosis we have come to accept Kevin McStay’s version of the events that saw him overlooked for the job some eight years ago next month.

“As I say in the book, I went for the Mayo position twice, in 1995 and 2014. On both occasions I was the only candidate in the race, and on both occasions I somehow lost it. You’ve got to be fairly good to do that!” said McStay with a rueful laugh.

“When the closing dates for applications struck I was the only candidate on the table, and somehow the people in front of me contrived to give the job to somebody else.”

That was Kevin McStay in conversation with Mark Higgins of this parish in 2019 ahead of the launch of his book The Pressure Game. He described the subsequent rejection by Mayo County Board as the biggest managerial disappointment of his life.

“I was going to say I somehow grasped defeat from the jaws of victory, but I didn’t grasp it; it was grasped for me!”

It is perfectly true to say that from once the Mayo vacancy arose in very late August 2014, Kevin McStay quickly emerged as a strong favourite with the bookmakers to get the job, available at 2/5 from the outset compared to the 6/1 offered on Noel Connelly. That was probably as much to do with the fact that on The Sunday Game, the night after James Horan’s exit, McStay had declared his interest in becoming manager by saying he was hopeful of a phone-call, “long or short”, from Mayo County Board. And even Andy Moran was admitting to this newspaper only days after the Mayo team’s championship exit to Kerry that he was hearing ‘only one name’ in connection with the position.

But that was still a long way out from the close of nominations so while McStay’s may well have been the one name on most people’s lips, and McStay may well have been an outright favourite with the bookies to land the job, both truths are very different to being, as Kevin McStay has put it more than once, “the only candidate in the race”. After all, wasn’t betting suspended only last month owing to the amount of money poured on Michael Solan to become the next Mayo manager. Does that mean he is the only candidate in the race now? I’m sure Kevin McStay would beg to differ. And Ray Dempsey. And Declan Shaw for that matter.

There is no doubt there was a shabbiness in the way Mayo County Board conducted the process of appointing James Horan’s replacement in 2014 and that Kevin McStay was a victim. But it’s not true to say he hadn’t solid competition for the job. Maybe McStay believed he was the most credible candidate (and in that respect, “the only candidate”) on the back of steering St Brigid’s to win the All-Ireland Club title – the first senior club from Roscommon to do so – just the year before and so deserved a clear run at becoming Mayo manager, a bit like how Solan is supposed to have acceded to a request to step aside and allow for James Horan’s return in 2018. But after learning about a lack of support for his candidacy among the Mayo GAA executive after preliminary discussions between both parties, McStay instead withdrew his name from the process before interview stage.

If that hadn’t happened and a head-to-head contest had unfolded, it would have been fascinating to discover upon who the interview committee might have sided, if it had come down to a plain analysis and assessment of the managerial achievements and credentials of the rival candidates. (Am I naïve to think that’s how every Mayo manager is chosen?)

With Noel Connelly now having Pat Holmes on his ticket, he had gained someone who only that season had guided Castlebar Mitchels to win their first Mayo and Connacht senior football titles in 20 years after which they reached but lost the All-Ireland Club Final. McStay, of course, had gone one better the year before, albeit St Brigid’s had also reached the All-Ireland final under different management two years earlier, and had also won back-to-back Connacht championships prior to McStay taking the reins. But that’s precisely why he so badly wanted to take over Mayo in 2014, as he told the Western People in that interview three years ago.

“It was the job that I always wanted. And when James stepped down that time, having given it everything he had, I was hugely confident that I could bring that extra few percentage points over 2015 and 2016 to get the job done.

“I had done a similar thing with St Brigid’s, who had been there or thereabouts and needed a bit of fine-tuning. I don’t mean that in a boastful way or anything; that was how I felt.”

But then there was also the inter-county pedigrees of the rival candidates to consider. Noel Connelly, captaining Mayo in two All-Ireland SFC finals and to a National League title, Pat Holmes an All-Star winner in 1996, Kevin McStay the same eleven years earlier, Holmes managing Mayo to that 2001 NFL crown and together with Connelly leading Mayo to All-Ireland U21 glory in 2006 (and four Connacht U21 titles in-a-row). McStay, in contrast, had managed Mayo to one Connacht U21 title thirteen years earlier but still had no senior inter-county managerial experience to his name, save for one year as Mayo trainer in 1995. Nor had James Horan when appointed Mayo boss back in 2010 – and that proved of little hindrance, just like it wasn’t to McStay when he subsequently became Roscommon manager and led them to a Connacht title in 2017.

The point about all this is that Kevin McStay faced stiff competition to become Mayo manager then and faces stiff competition now. Even stiffer, you might say, given he has three challengers this time as opposed to one. And the strangest thing about the whole contest at the moment for me is that the candidate who has revealed the least is arguably the one who this past week got people talking the most.

Ray Dempsey, unlike Kevin McStay, Michael Solan and Declan Shaw, has declined to make any public announcement as to the makeup of his proposed wider management team.

“[Out of] respect to Mayo football that announcement will go through the correct procedure,” the Knockmore manager said in a short statement to the Western People.

Social media, of course, holds no respect for such protocol and the names of some exalted individuals linked to Ray Dempsey’s backroom emerged last week. These days it doesn’t seem to matter much about who the manager is but who he has, so if the two-time Moclair Cup-winning boss really has attracted the pedigree of Oisín McConville and Keith Higgins to his ticket, list if you will the counties who’d decline the invitation of their services. You’d have change from the fingers on one hand.

But there are major attractions to Michael Solan and Declan Shaw’s ensembles too, just as there is to Kevin McStay’s who some would argue could be the safest and steadiest bet. So with all those options on the table, it’s not a bad place at all that Mayo GAA’s top brass find themselves. Except, of course, that the only way they can possibly win here is by picking the man who delivers Sam. Anything less and they’ll soon be told the reasons why they had backed the wrong horse all along, just like how Kevin McStay was guaranteed to deliver what Noel Connelly and Pat Holmes did not, if only they had given him the bib the last time. If you believe that, you’d wonder what business the other three even have interviewing this week or next.