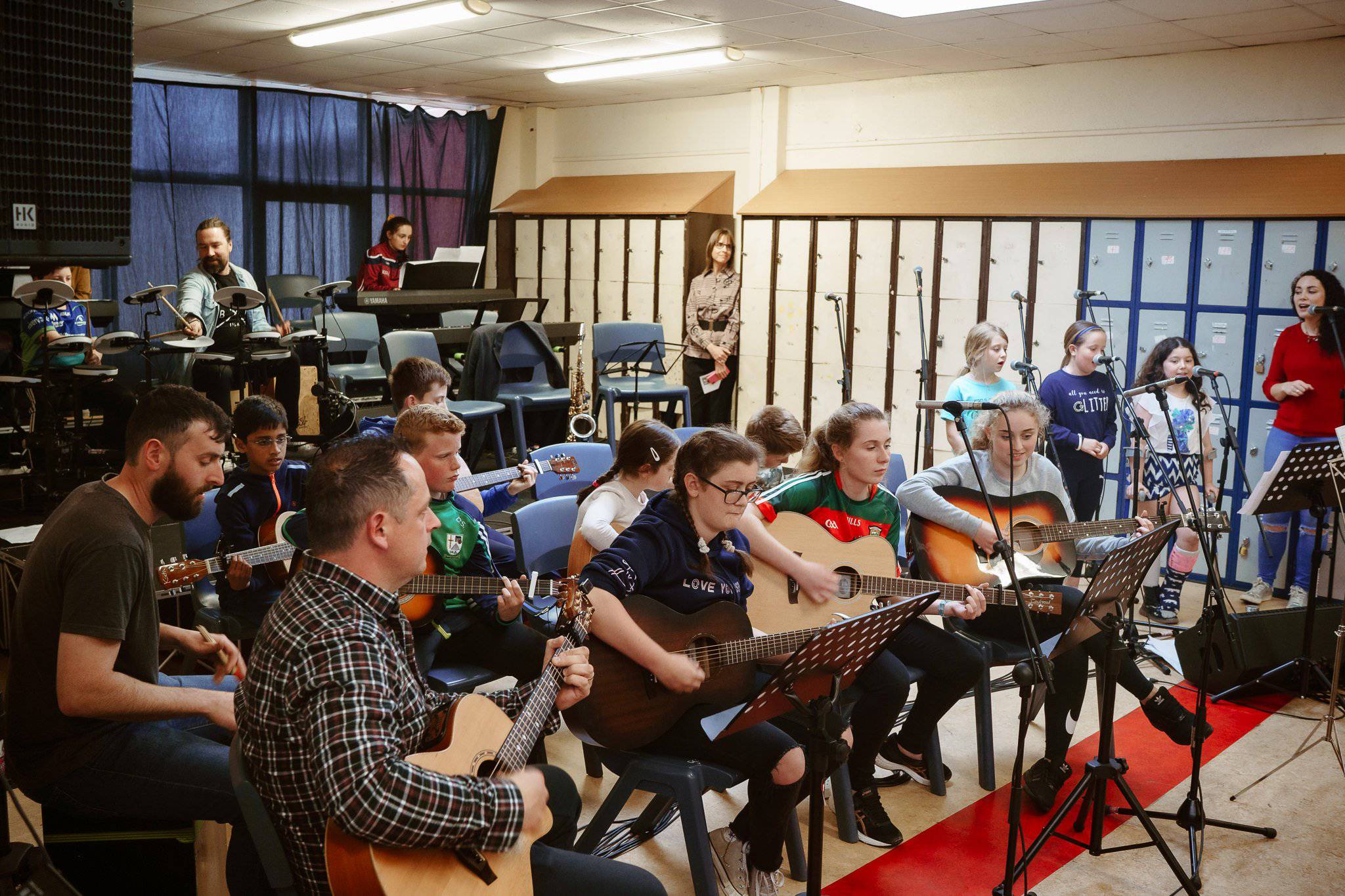 The Music Generation Mayo Instrument Bank has been hitting the road throughout July and August.

Established in 2013 in partnership with Mayo County Library, the instrument bank is probably the largest of its kind in Ireland, and Music Generation musician educators have been demonstrating the instruments at various summer camps throughout Mayo including the Westport Scoil Cheol and North Mayo Summer School.

“It’s a wonderful resource that allows children and young people from all over the county to try out an instrument for six months in their homes without needing to pay the full price of an instrument. It’s been very popular but we are always trying to spread the word a little more,” says executive librarian Barbara Varley.

“There’s always a demand for some instruments such as the harps, but other instruments are ready and waiting to go out today,” says Barbara. “All the instruments that we receive back are sanitised and maintained by Music Generation Mayo before being distributed out to others who want to try out an instrument.”

Professional musicians will be on hand at the Linenhall Arts Centre in Castlebar on Tuesday next, August 16, at Belmullet Library at Áras Inis Gluaire on Wednesday, August 17, and at Ballina Library on Thursday, August 18, from 1 to 3pm daily, where children and young people can try out a wide range of instruments. They will also be demonstrating some of the instruments and maybe even joining the children for a tune or two! There is a small rental and deposit to be paid but it is a fraction of the cost of purchasing the instruments and really is great value.