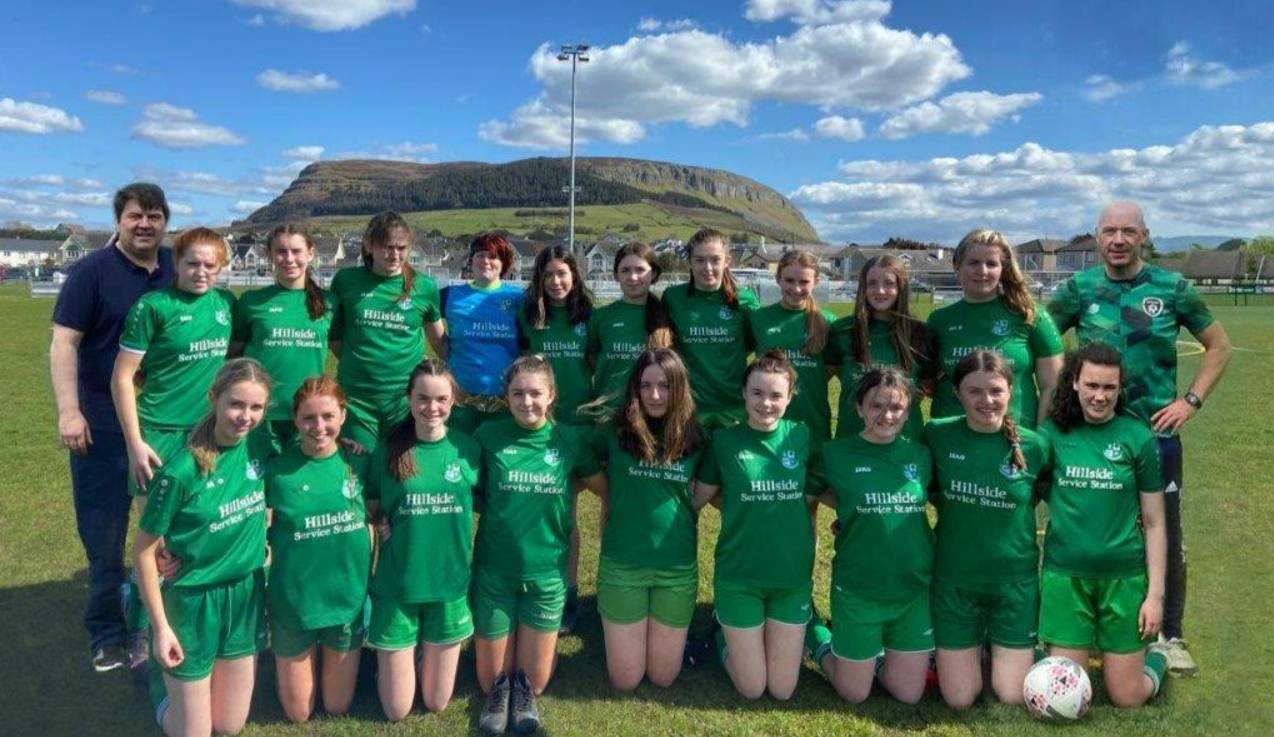 The Claremorris AFC U17 girls team will finish off its season with an appearance in the FAI U17 Women’s Cup final against Connacht rivals Salthill Devon FC at Eamonn Deacy Park on Sunday next at 8pm.

Claremorris started off in this competition all the way back in April, coming through away ties against both Strand Celtic and Yeats United from Sligo.

It was opposition from Limerick next as they travelled to the University of Limerick to take on a Club District of Castletroy side. After emerging victorious from that encounter, it was a trip to Longford next for the semi-final against Ballymahon AFC. Next up is a Salthill Devon side who overcame Peamount United, one of the renowned ladies’ clubs in the country, in the other semi-final.

The club have today released a statement wishing the girls luck:

It has been another extremely sad week in the community. We will forever mourn the loss of a young life and forever offer our support to the Flynn and Hughes families in their grief. Thankfully at times like this we are able to turn to family and friends for support and to try and make sense of the world.

Thankfully also, at times like this, we have sport to turn to in order to try and normalize what is far from normal.

Mayo versus Galway for an All-Ireland title – football? Yes, but not what you would expect!!

On Sunday evening next, Claremorris AFC U17 ladies have the opportunity to crown what has been an amazing journey so far in this FAI National Cup competition. This journey didn’t just start in 2022 though and these girls, along with their coaches, Ger, Liam, and Agnes, have been an example of all that is good in our Club as they have created a bond over the past 5 years that has taken them, as a team and as a group of friends, to much deserved success along the way and the reward of a National final!

The Community of Claremorris and everyone in Claremorris AFC are rightly proud of what these girls have achieved, putting Claremorris on the map. These girls will walk tall on Sunday evening knowing that, even though we are a small Club in comparison to other Clubs who have fallen along the way, Claremorris U17 Ladies are here on merit and fully deserve their place in the Final!!

If you are free on Sunday evening, please make your way to Eamonn Deacy Park in Galway for the 8pm kick off and give the girls from Claremorris all of your support!!