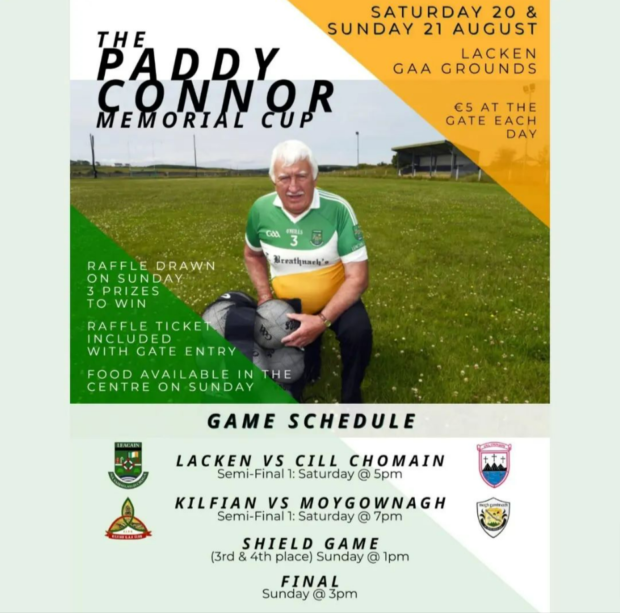 The first day of the tournament will include two semi-final games which will be Lacken v Cill Chomaín at 5pm followed by Kilfian v Moygownagh at 7pm.

Depending on the results of these games there will be both a shield final and a cup final the following day. The shield final will commence at 1pm followed by the Paddy Connor Cup final at 3pm.

There will be a €5 entrance fee at the gate on both days with a percentage of the fee going to Féileacáin in memory of another tragic loss in our community recently.

All are invited to join us across the two days to celebrate Paddy’s life through the game he loved.