A commercial and residential property that has been vacant in Claremorris for over 20 years is to be brought back to life.

Michael O’Boyle has been granted permission by Mayo Co Council to re-develop two ground-floor retail units along with four one-bedroom apartments on the first and second floors of the premises at Dalton St, Claremorris. 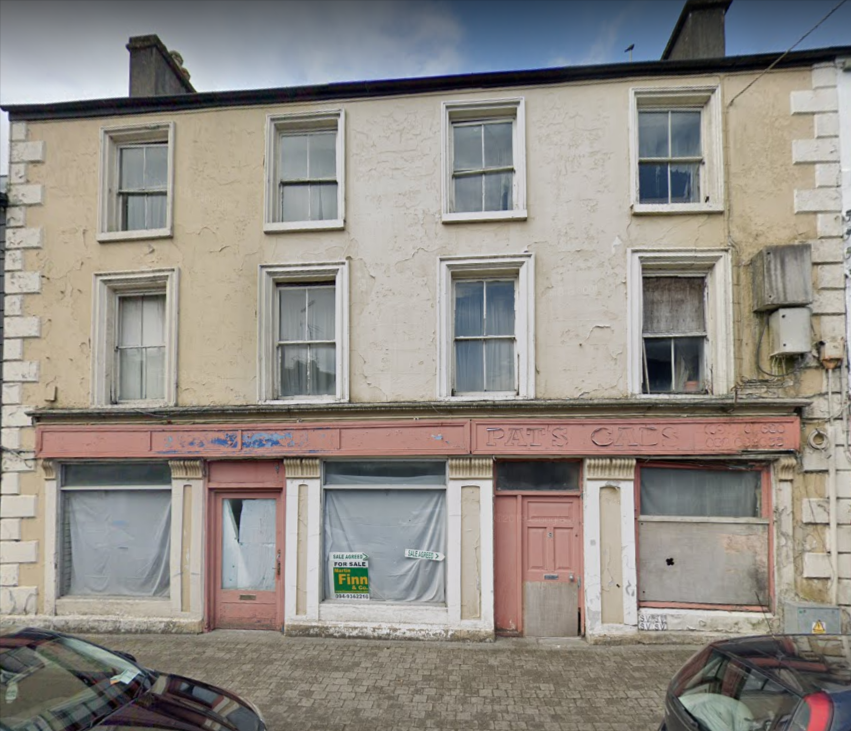 Permission has been granted by Mayo Co Council to re-develop two ground-floor retail units along with four one-bedroom apartments on the first and second floors of the premises at Dalton St, Claremorris. Picture: Google Maps.

The site is located across from a local take-away and beside the ‘Shine’ boutique and a local barber shop. Mr O’Boyle intends to convert a five-bedroom residence that dates from 1894. The property first came to the property market in 2010 and has been disused for some decades.

In a submission on the application, Claremorris-based Cllr Richard Finn noted the property is currently an eyesore on Main Street in the South Mayo capital.

“It is fortunate that someone like Mr O’Boyle has come to purchase it and take a chance on it so as to take the dereliction away,” noted Cllr Finn, who said the landmark building is the first to hit the eye as people come from the Ballyhaunis Road onto Dalton St.

Cllr Finn said the building has been damaged by water throughout the years and is not on the current record of protected structures.

“The stairwells in the property are not recoverable and have to be removed. It is not viable to restore the upstairs as a house as any such house property would need a garden. It is proposed to retain all or most of the old fireplaces in each apartment. This property has been for sale for 12 years or more and we are now afforded an opportunity to have the property restored straight away,” said Cllr Finn.

Permission was granted, subject to 11 conditions, including the retention of the existing shopfront. Contributions of €6,134 must also be paid to Mayo County Council in respect of amenities, roads, footpaths, surface water, community and recreational facilities.