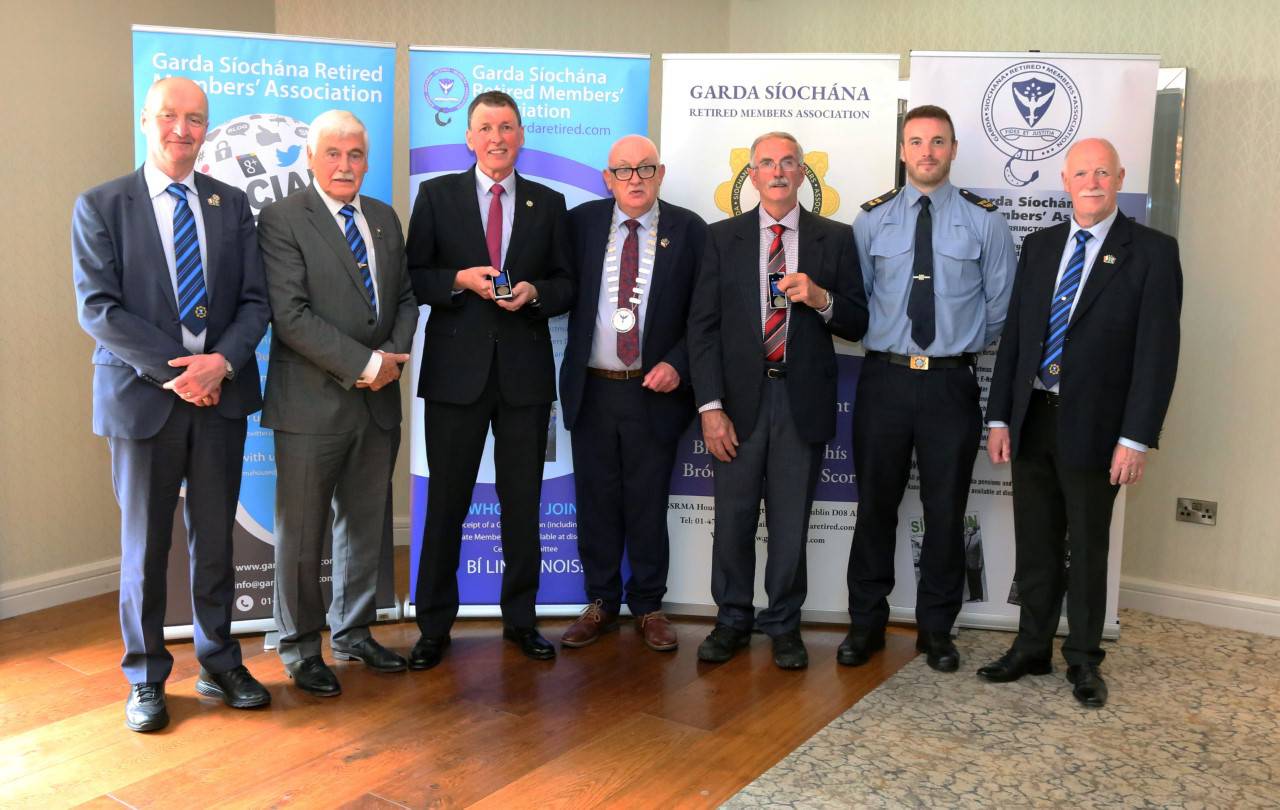 At a presentation ceremony held recently in the Hodson Bay Hotel in Athlone, two retired gardaí from Mayo were among the recipients of the Liddy Medal, which is presented to retired officers in recognition of incidents that occurred during their service.

Sergeant Tony Lavelle, a native of Achill Island and a former member of the staff of Ballina Garda Station, and Garda Martin Dempsey, a native of Ballina and a retired garda in Belmullet, received their awards from the president of the Garda Síochána Retired Members Association, Matt Givens.

The awards were in recognition of the two men’s involvement in a garda investigation that gripped the nation almost 40 years ago. In November 1983, prominent businessman Don Tidey was kidnapped by the IRA and held for 23 days until he was freed following a joint Army and Garda search of a wood near Ballinamore, Co Leitrim. Unfortunately, a tragic outcome was the fatal shooting by Tidey’s kidnappers of Garda Gary Sheehan and Army Private Patrick Kelly.

Four days later, late at night, Garda Martin Dempsey, then of Ballycroy Station, Garda Tony Lavelle and Sergeant Des O’Rourke, of Bangor Erris Station, were operating a routine unrelated checkpoint at Ballyveeney Bridge between Ballycroy and Mulranny. The three gardaí stopped a car with five occupants coming from the Mulranny direction. One of the three backseat passengers in the car jumped out and ordered the gardaí at gunpoint to walk up a side road where they were instructed to remove their shoes. They were then tied up and their attackers left.

However, the gardaí succeeded in getting the registration number of the car. After they freed themselves, they had to walk a considerable distance to raise the alarm because the tyres on their car had been punctured.

Earlier this year, Sgt Des O’Rourke was presented with the Scott Medal by Garda Commissioner Drew Harris for his involvement in the incident.