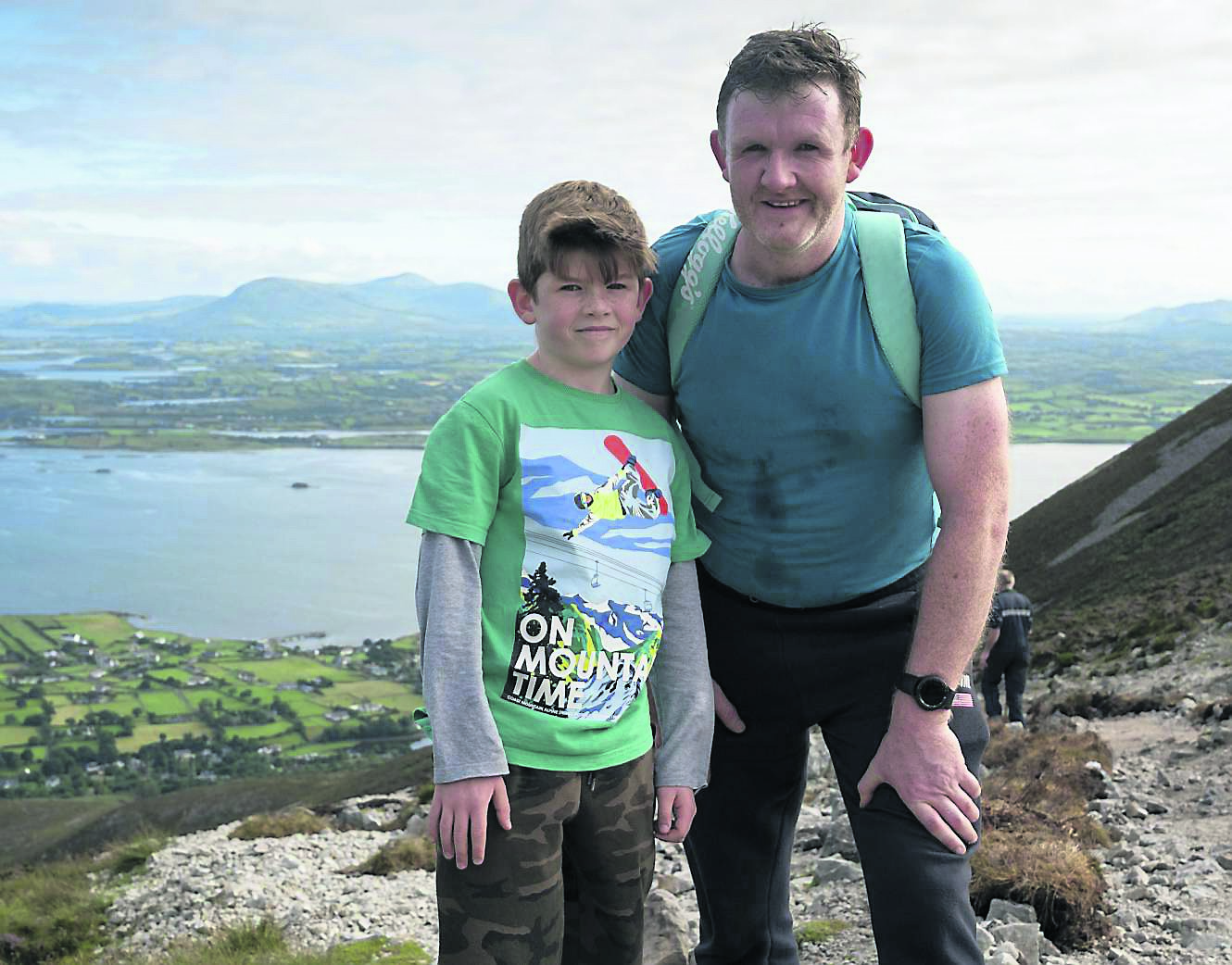 It was a very busy day for rescue services on Croagh Patrick for the first Reek Sunday pilgrimage after three years. 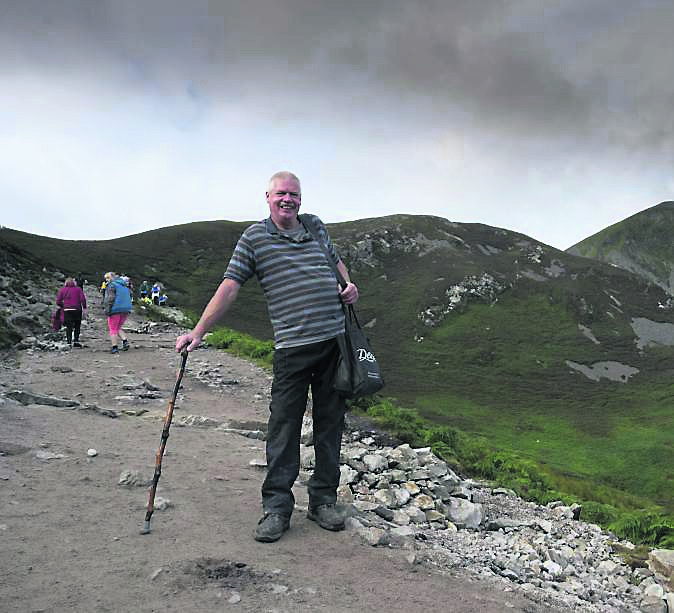 While there was no official crowd figure announced, the number of pilgrims is believed to have decreased from pre-pandemic levels. However, people travelled from all over the country to take part in the pilgrimage, and several pilgrims undertook the arduous climb in their bare feet. Weather conditions were among the best for Reek Sunday in many years. 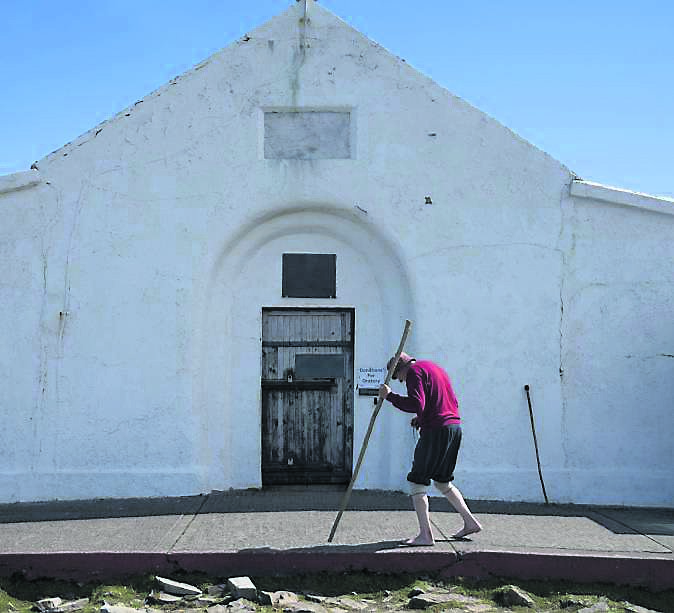 A pilgrim walks fifteen times round the church in a clockwise direction as part of the second station on the summit of Croagh Patrick.

However, eight pilgrims were assisted by the Mayo Mountain Rescue Team (MMRT) who had an eventful weekend overall. 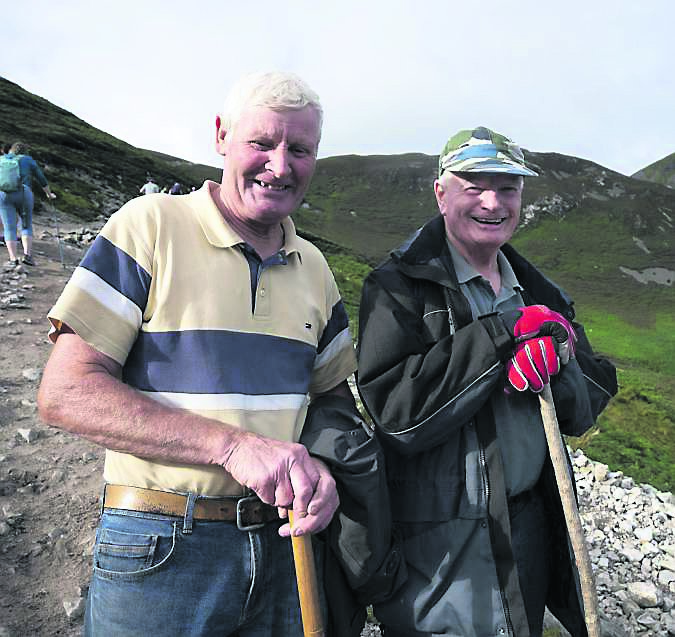 MMRT were assisted on Reek Sunday by various teams from Mountain Rescue Ireland as well as the Irish Cave Rescue organisation and the Calder Valley team from the UK.

One man, suffering from exhaustion, was stretchered off the Reek while several others were treated at the medical tent and a number were assisted down the mountain. 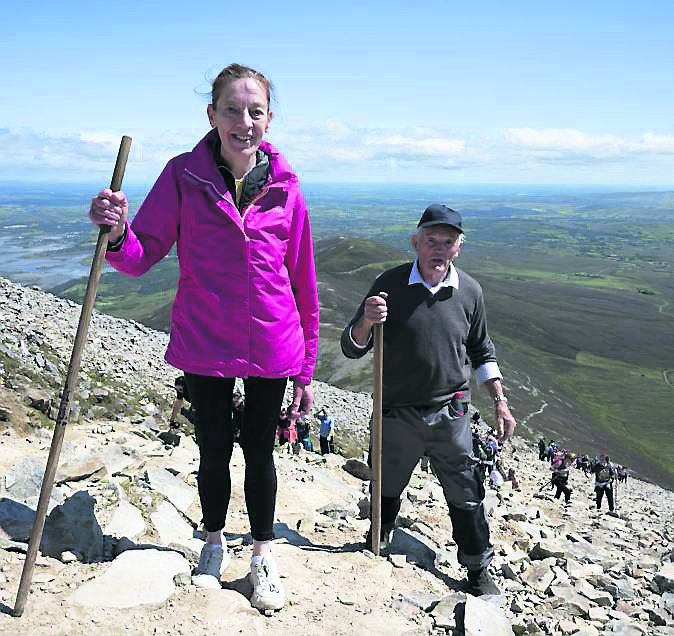 Paddy and Ann Kneafsey, from Knockmore, make their way to the summit of Croagh Patrick on Sunday.

One woman suffered from exhaustion at the summit of Croagh Patrick. She was assessed by MMRT personnel and was stretchered down from the summit to the medical tent where the Order of Malta doctor and Air Corps medics assessed the casualty. The Irish Air Corps airlifted her off the mountain. 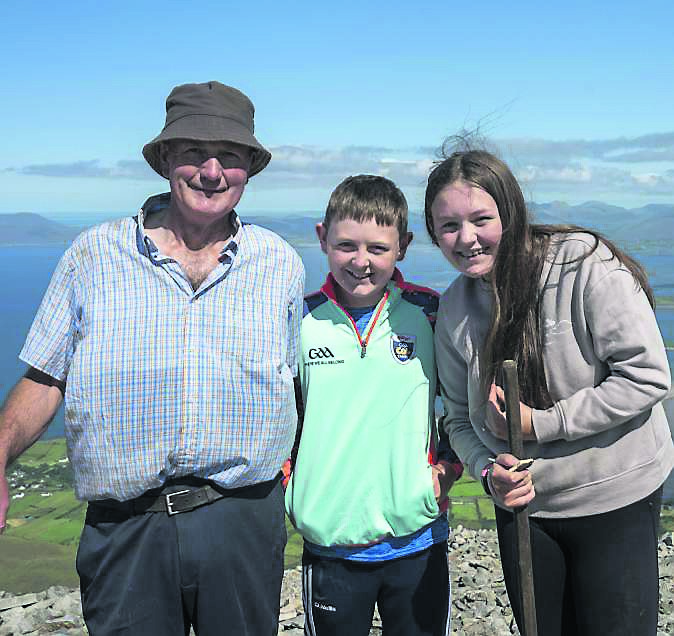 John Tarpey with his son Jonathan and daughter Eleanor, from Aughamore, on the summit of Croagh Patrick.

“Thanks to all the volunteers and agencies involved in the mountain rescue operations today on Croagh Patrick. Great teamwork,” MMRT wrote on social media.

It was a busy weekend for MMRT, whose first call-out on Friday afternoon was to assist a female walker close to the summit on Croagh Patrick. She had sustained a head injury and was feeling unwell, and despite the mist, the R118 helicopter was able to airlift her off the mountain. 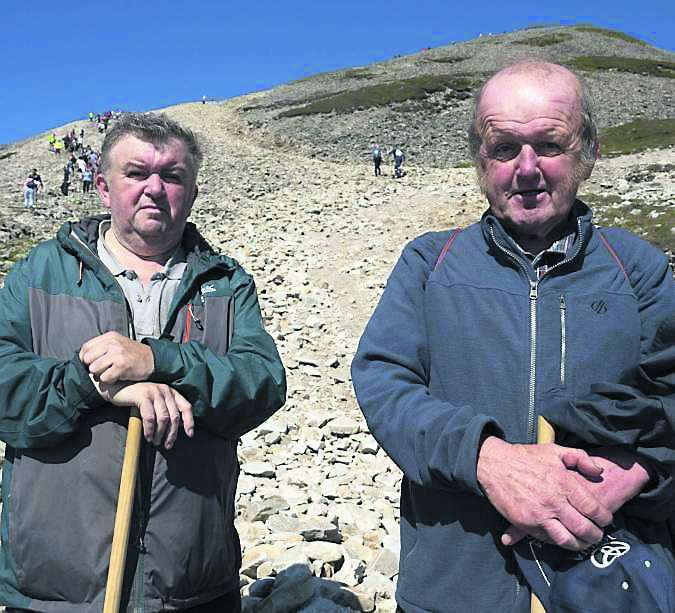 Minutes from standing down, they were tasked to assist two climbers who were lost on Mweelrea. They were found by the team and after a medical assessment and rewarming and refuelling, the two people managed to walk back down with the rescue team.