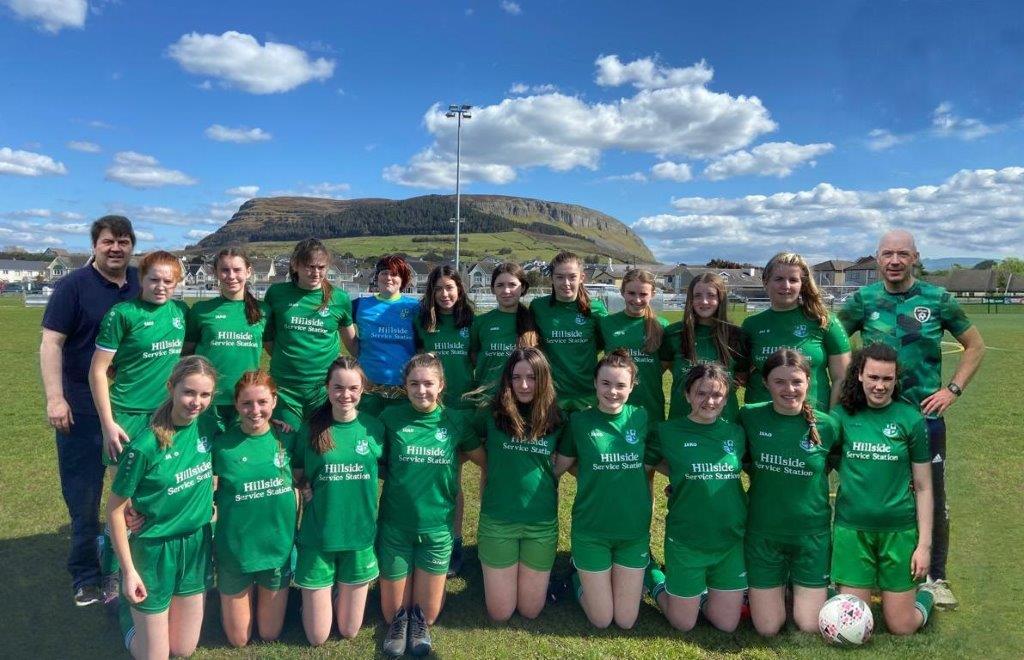 The Claremorris AFC U17 Girls finish off their season with a FAI U17 Women’s Cup final against Salthill Devon FC at Eamonn Deacy Park on Sunday August 14 at 8pm.

Claremorris started off in this competition in April coming through away ties against both Strand Celtic and Yeats Utd from Sligo. It was opposition from Limerick next as they travelled to the University of Limerick to take on a Club District of Castletroy side. After emerging victorious it was a trip to Longford for the semi-final as they overcame a Ballymahon AFC side. Next up is a Salthill Devon side who overcame Peamount Utd in the other semi-final.

“Our girls have had an amazing season. They were very unfortunate in losing a Connacht Cup Final on penalties to Mervue Utd. After securing the U17 Girls Premier Division they then went on to do the league and cup double when they overcame Killala FC to win the Mary Walsh U17 cup,” JP Kilcourse, secretary of Claremorris AFC, told the Western People.

“They are very competitive in provincial and national competitions. The main reason for this is the quality of teams they are facing in Mayo is very high. There is a lot of brilliant work being done with Girls football in Mayo. We see it every week.

“This is a very close-knit group. Ger Ronayne, Liam Horkan and Agnes Clarke have been there with them from the start. It’s amazing what they have achieved. We have a very successful and vibrant Girls side of our club from U17 to our academy and it all started with this team. They are our oldest Girls team in the club. They are a huge inspiration to everyone in the club. Amazingly they all qualify for U17 competitions again next year as they are still a very young side.

“Whatever happens on Sunday week we are so proud of this team. It will be a magnificent occasion. We would encourage as many supporters not just from our club but throughout Mayo to come out and give these girls the support they deserve,” JP concluded.

Three Mayo referees on duty for next weekend’s provincial finals