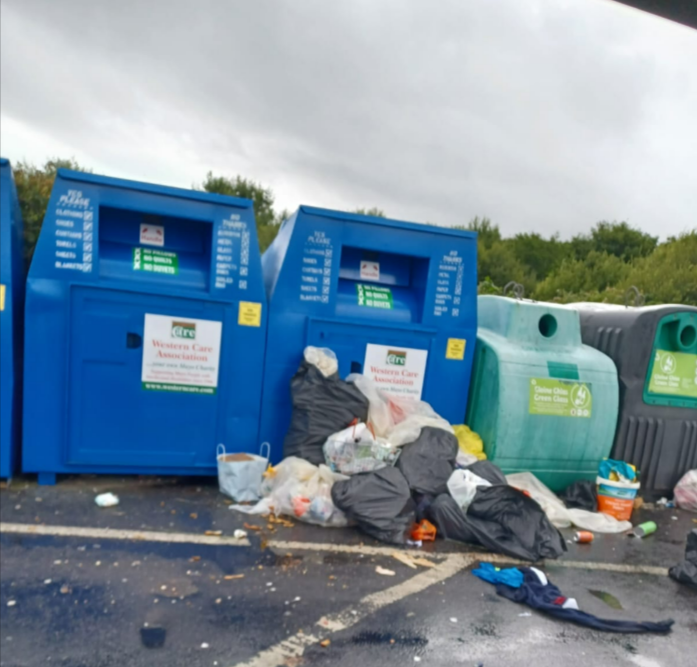 Westport councillors are fuming this afternoon after an illegal dumping incident in the town.

Piles of rubbish was discarded at the bottle bank on the Quay just past Eagle Boxing Club over the weekend.

Both Cllr Peter Flynn and Cllr Brendan Mulroy took to social media to share their anger. 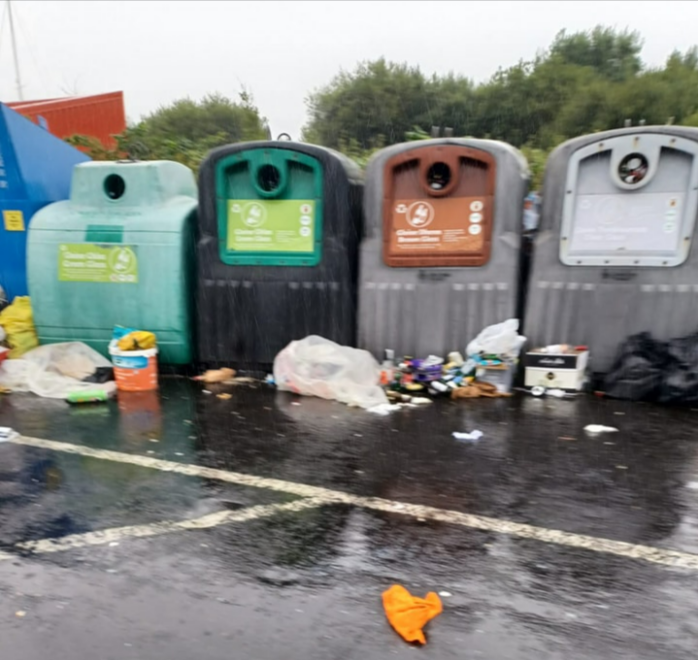 “Simply inexcusable…. and people wonder why they are not welcomed,” Cllr Flynn wrote.

“Request gone in to have it cleaned up.

“Christy (Hyland), Brendan (Mulroy), Johno (John O’Malley) and myself signed off a number of weeks ago with the senior engineer to have a barrier put at the entry to Roman Island (just after the slip road by the Towers).

“We have also agreed to put bollards around the pond so trailers, campers, trucks etc don’t obstruct the footpath.

“It’s a shame that we have to go down this road but unfortunately the irresponsible behaviour by a few on a regular basis means action had to be taken,” he concluded.

Cllr Mulroy said he had contacted the council to ensure that the person(s) who were the cause of this dump be prosecuted.

“Absolutely not on, this disgraceful behaviour. We have fantastic council employees and volunteers in our community Westport Tidy Towns who do a fantastic job in keeping our town in a pristine condition and then you have this idiotic behaviour.”