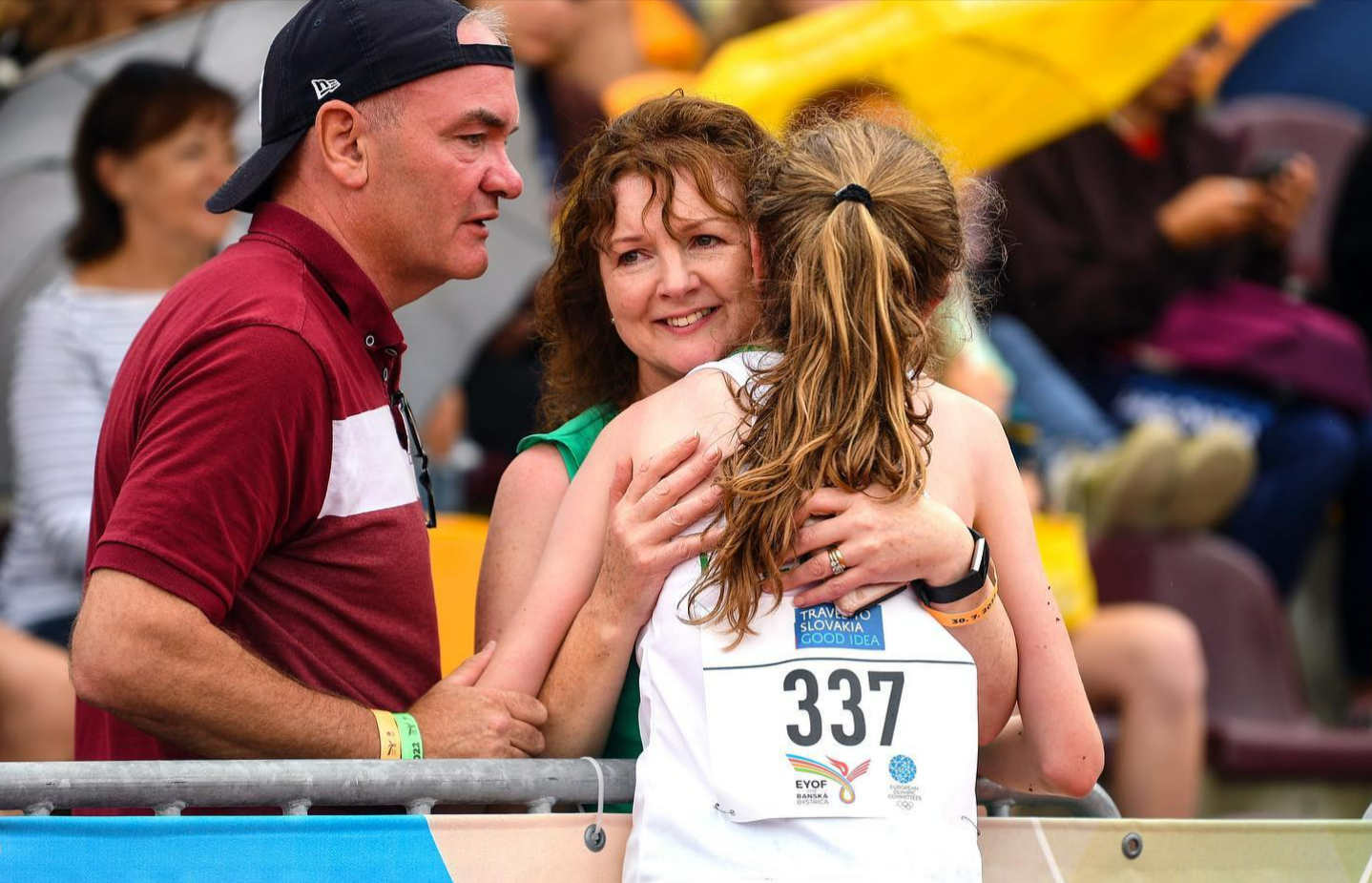 Clodagh Gill of Moy Valley Athletic Club being congratulated by her parents Peter and Loretta after her magnificent fourth place finish in the final of the 3000m at the European Youth Olympics in Slovakia today. Picture: Team Ireland.

The Moy Valley AC runner had a personal best time of 9:47.25, 3 seconds faster than her previous best and finished one place outside the medals in fourth.

“It went great, I was nervous enough going into it. At the tent, I wasn’t feeling too good about it, But I went out on the track and I saw my coach (Philip Finnerty), and he gave me a little wink,” Clodagh told Olympic Federation of Ireland.

The 15-year-old was one of the youngest racers in the field.

“at the start of the race it was fast enough. I stuck behind the group. I knew the Italian and Czech girls were good, so I kept up the pace throughout, I said I’d try my best to stick with them. I saw the Spanish girl slowly coming back to me, and I wondered if I could catch her, but maybe next year.”