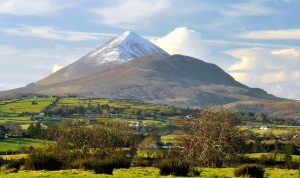 A woman was rescued on Croagh Patrick yesterday by Mayo Mountain Rescue.

Full team were called out at shortly after 2.10pm to assist a female casualty who had sustained a scalp laceration on Croagh Patrick.

First Response team were deployed first and after assessing the patient, deemed her fit enough to walk down with the assistance of the two members.

The team were stood down shortly before 5pm.