Ronan Clarke Run is back in Killala for 2022 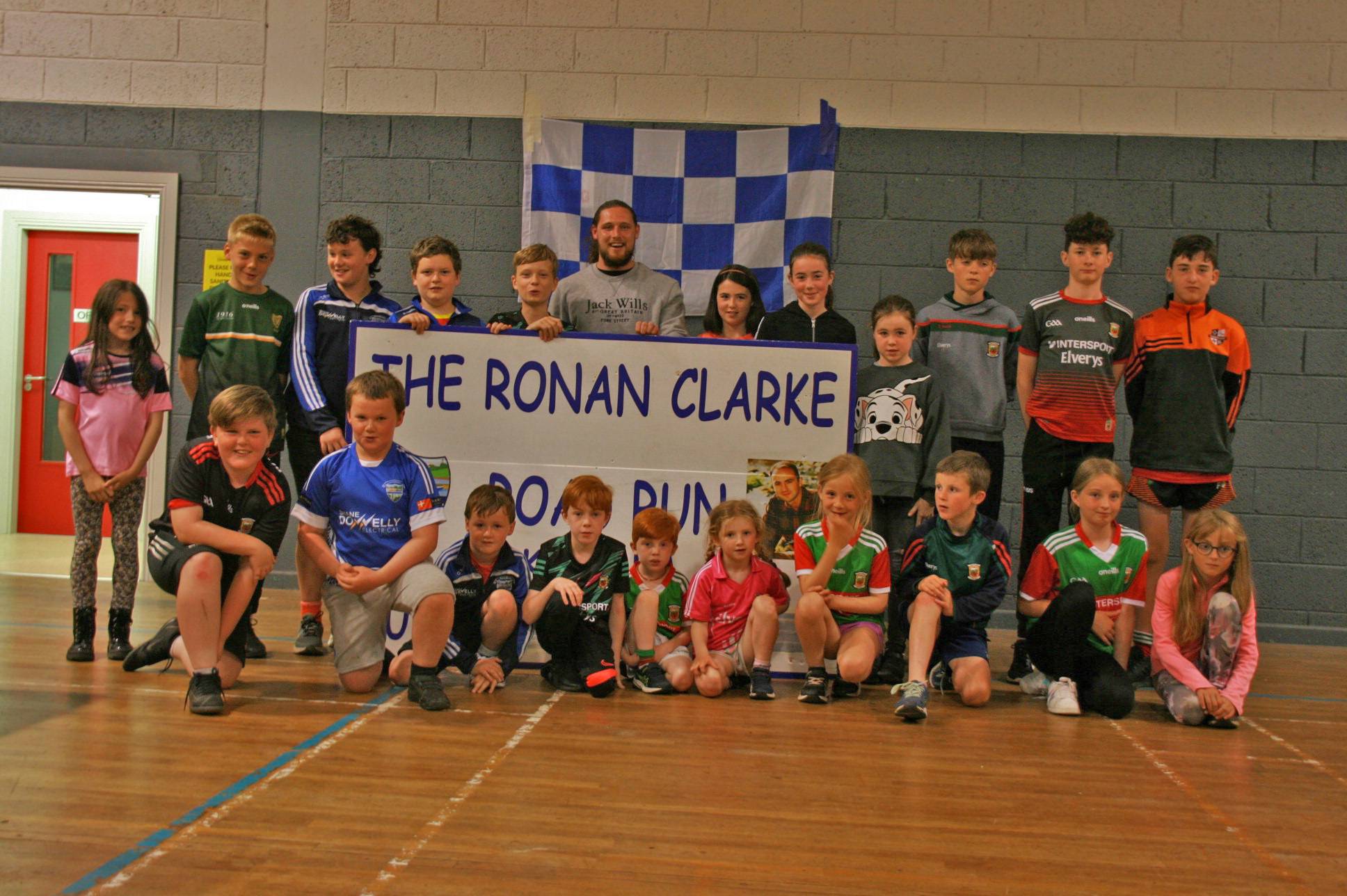 Mayo footballer Padraig O’Hora with young players from the Killala and St Brigid’s clubs at the recent launch of the 2022 Ronan Clarke Run.

The 2022 Ronan Clarke Run was launched recently. The 10/5k Run and Walk will be held this year on Sunday, August 7, from Killala Community Centre.

The event was launched recently in Killala, with Mayo and Ballina Stephenites footballer Padraig O’Hora helping with the formalities. Also present for the launch were members of the Clarke family, representatives from Mayo/Roscommon Hospice, the charity partners of the event, and underage players from Killala GAA Club and St Brigid’s.

This year will mark the first in-person staging of the Ronan Clarke Run since 2019, with the 2020 and 2021 events having been held as virtual runathons because of Covid-19 restrictions. The event was first held in 2015 and has become one of the most popular road races in the region, attracting large numbers of participants and supporters to the north Mayo town. Organisers are hopeful that this year’s event will again draw big numbers to Killala the weekend after next.

Killala GAA hosts the Ronan Clarke Run in memory of their clubmate and friend, who passed away in 2014 after a battle with cancer.

Ronan Clarke was the former presenter of RTÉ’s farming programme, Ear to the Ground. The Killala native was one of the most popular members of the production team during the 11 seasons that he spent on the programme from 1996.

At the launch of the Ronan Clarke Run, which takes place on August 8, were members of the Clarke family, representatives of Mayo/Roscommon Hospice, and officials and players of Killala GAA Club, with Mayo footballer Padraig O’Hora.

He worked as a production assistant, researcher, presenter, and producer. He was the Young European Journalist of the Year in 1996.

He also produced other Irish language programmes for TG4 and GAA magazine programmes, before he left the media world to retrain as a primary school teacher.

He returned to his native Mayo to teach and started a family with his wife Sinead, with whom he had three daughters, Aoibhinn, Saorla and Méabh. Ronan was also the captain of the Killala team that won the Connacht Junior Football Championship in 2006. The annual memorial run has grown in popularity year on year and is a high point in the community calendar, giving everyone the chance to come together, raise funds for a good cause, and to remember Ronan.