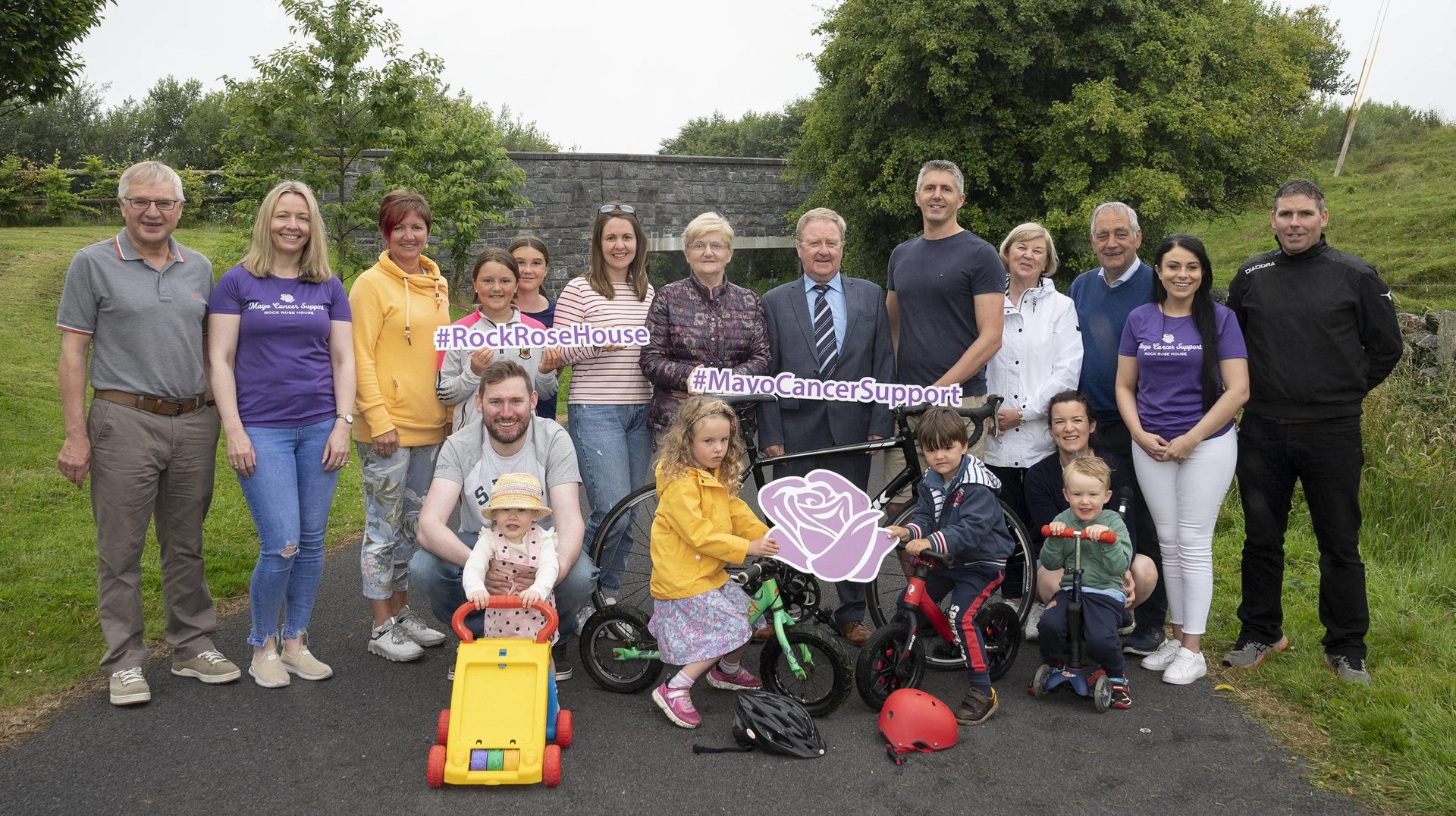 Sheila Tiernan, wife of the late John Tiernan, and Tiernan family members at the launch of the John Tiernan Memorial Greenway Cycle along with staff and board members of Rock Rose House. Picture: Michael McLaughlin

Mayo Cancer Support in conjunction with the Tiernan family of Louisburgh has launched the John Tiernan Memorial Greenway Cycle which will be held on Sunday, July 31 next.

This fun, family-friendly 50km leisure cycle between Westport and Tiernaur along the Great Western Greenway has been held annually in aid of Mayo Cancer Support for over a decade.

It is a source of great regret and sadness to all that its founder and coordinator — the much-loved John Tiernan — passed away earlier this year on March 28, 2022.

John, of Doughmakone, Louisburgh, was a former vice-chairperson of the board of directors of Mayo Cancer Support and gave tirelessly and generously of his time for the good of others.

A cancer survivor himself, John possessed a wonderfully positive outlook on life and was committed to helping others affected by the illness.

The extent of his dedication is reflected in his decision to establish the Annual Greenway Cycle — a valued fundraising event that he coordinated every year for over a decade in aid of Mayo Cancer Support.

Now, in a fitting tribute to John, Mayo Cancer Support is pleased to announce — with the support of the Tiernan family — that the Annual Greenway Cycle will return this year under the new name, the John Tiernan Memorial Greenway Cycle.

The event will take place on Sunday, July 31 next. Registration costs €20 per person and will take place from 9am at Westport Leisure Centre on the day with cyclists departing from 10am.

Refreshments will be served along the way at Nevin’s of Tiernaur.

A page has been created for the event on the iDonate fundraising platform for participants that may wish to seek sponsorship or anyone who is unable to take part but would like to support the event with a donation. For more information contact Mayo Cancer Support on 094-90-38407 or email [email protected]