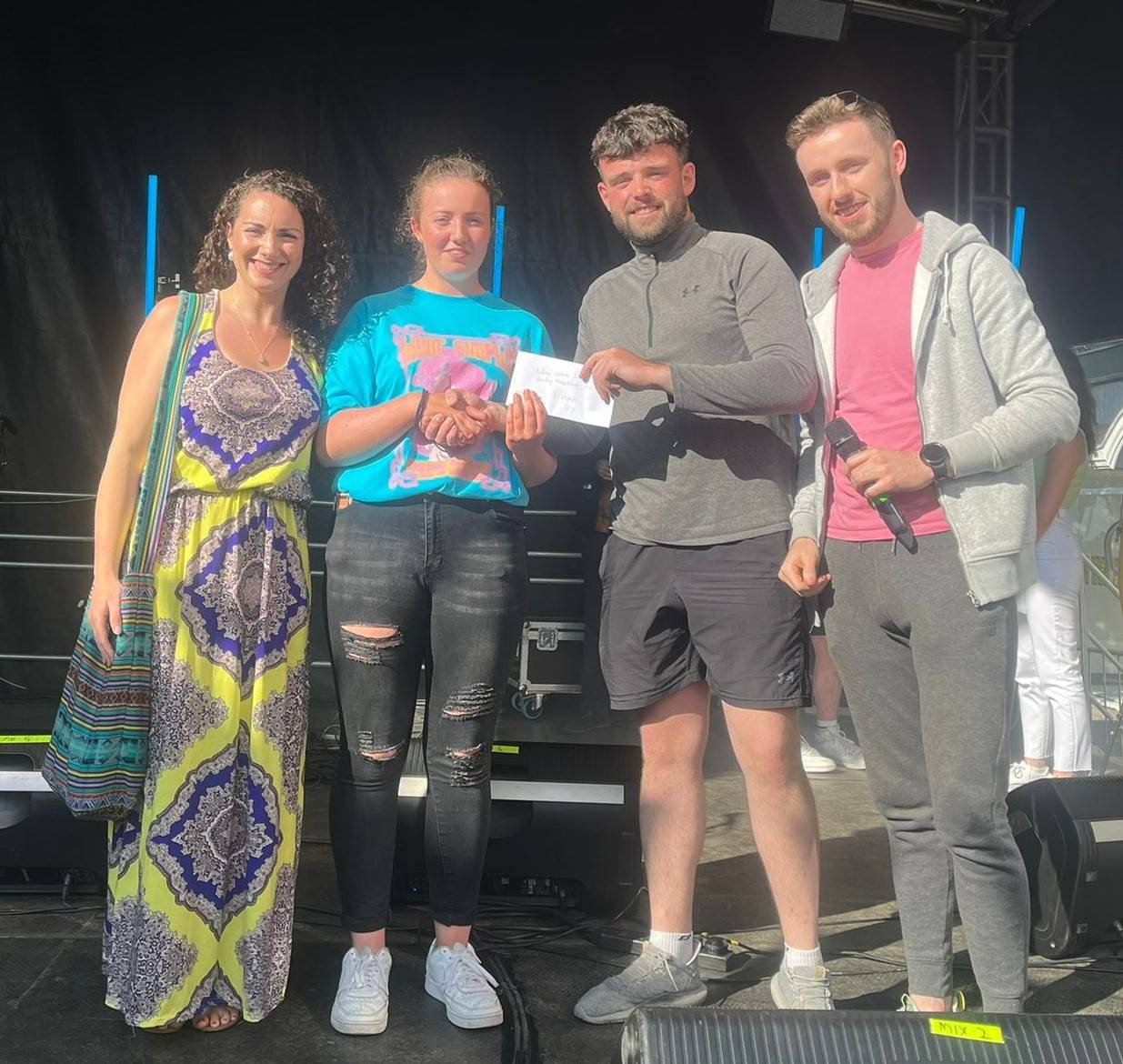 Dozens of buskers took to the streets of Ballina last week to compete on stage and kick off the Salmon Festival’s ‘Pearse Street Party’. After a week of selection by the judges, three finalists out of 30 buskers were picked to battle it out for a €500 cash prize.

15-year-old Joanne Gallagher was chosen as the winner. The talented musician from Killala was once scouted by The Voice UK and it was her bold song choice that edged the win for her, according to one of the judges, as she performed a powerful rendition of Gloria Gaynor’s ‘I Will Survive’.

Joanne’s performance, along with those by Aisling Mullarkey, from Enniscrone, and Winos in Suits, from Dublin, showed she has a professionalism well beyond her years. Judge Finéinn Quinn, a former winner of the competition, was impressed by her confidence.

“When you’re up there as a new performer, its nerve-wracking. Your nerves are on their tether, but it’s something to help you grow. I see it as a kicking-off point for everybody.

“She was so energetic on stage. Judging them busking and judging them on stage are two completely different things. She was a different performer when she was busking, because there wasn’t a major crowd in front of her, but when she was up on stage she really showed her colours. Her stage presence was amazing and her voice matched it completely.”

Joanne has begun to create and release her own original music, as she plans to continue pursuing her dream.

“It’s like heaven, I love it. It’s my passion and I just enjoyed it so much. I really didn’t expect to win, because there was great competition.”

Event organiser Cian Gilmartin thanked Callan Tansey Solicitors and David O’Malley for their sponsorship of all the cash prizes, which amounted to €750 in total given out to the three finalists, and €50 distributed to buskers throughout the week.

Cian congratulated Joanne on her victory and reflected on the high level of competition: “Joanne is brilliant. That voice! Unbelievable. She got the crowd going, lifting the town. It’s brilliant for their confidence. That’s the reason I got involved. There are chances for them to get gigs now.”

Cian is eagerly anticipating next year, which is the 300th anniversary of the town.

“We have another big year next year, with Ballina 2023. I can’t wait for it all to kickstart again and I’m so glad I stepped forward.”