A Mayo TD has hit out at AIB’s proposed changes to the way it handles cash services, saying this will negatively impact on customers in the county. 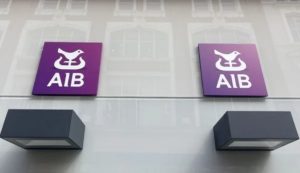 AIB aims to go entirely cashless at 70 of its branches around the country later this year, including branches in Ballinrobe and Claremorris.

Speaking on the announcement, Fine Gael TD Alan Dillon says: “this is very disappointing news. Already we have seen a shrinking of bank services in Mayo with Bank of Ireland closures last year in Ballyhaunis, Charlestown and Kiltimagh along with Ulster Bank announcing it will remove all its services. Now with AIB’s latest move, this will mean only Castlebar, Westport and Ballina will retain cash services. For towns like Ballinrobe and Claremorris, AIB intend to remove all cash, cheque an ATM services starting the end of this September.

“This is a very short-sighted move by AIB which has made this decision just as we emerge from two years of Covid lockdown, and in the middle of a cost-of-living crisis. People need more one-to-one bank services, not less. This will disproportionately impact vulnerable and elderly customers, who may not be in a position to deal in a digital economy. I wonder if this was even a consideration by AIB when it made its decision.

“The trend of centralising bank services has been happening for a number of years now and disproportionately impacts on rural areas. Towns in South and East Mayo in particular, has been impacted by unilateral moves made by banks who decide to change their banking model. Ireland is also experiencing an exodus of Ulster Bank and KBC, making this move a very cynical one by AIB.

“I am strongly against this move and have written to the Minister for Finance to act and meet with AIB to discuss this unpopular move in the hopes that the bank will retain essential services at towns like Ballinrobe and Claremorris which has seen significant population increases and where many small businesses are located,” concludes Deputy Dillon.