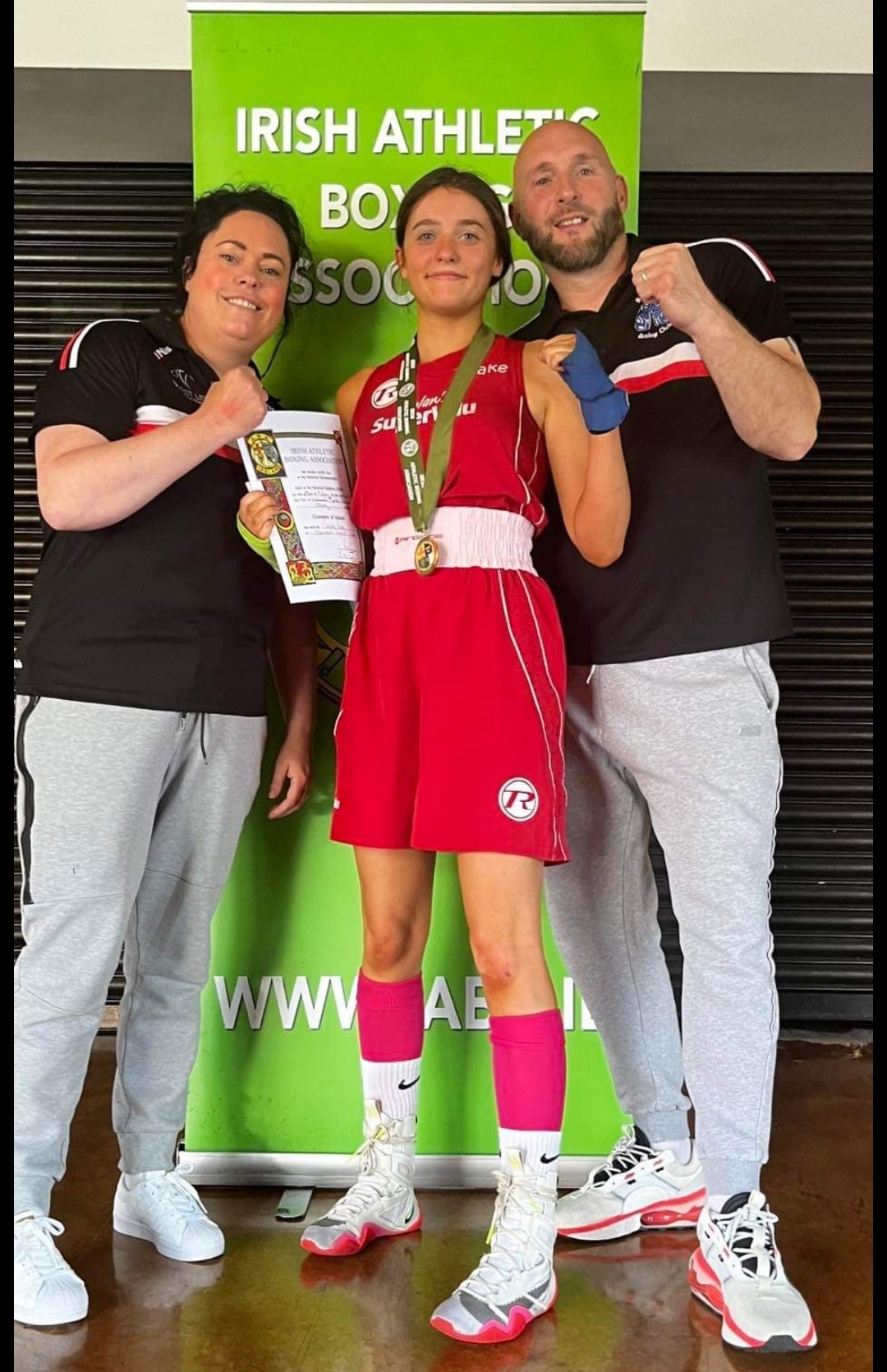 A Mayo boxer was successful in winning her fourth Irish title on Saturday in the National Stadium with a powerful performance inside the ropes.

Carlagh Peake gave her opponent a standing count in the third round with a massive right hand to be crowned Senior Cadet champion. This competition was also the qualifiers for the European Championships Irish team. With this win under her belt she has secured her place on the team travelling out to Italy in September to take place in the youth European Championships.

The schoolgirl has had a tremendous year and in May she travelled to Sweden and was crowned Golden Girl Box Cup champion.

“She is absolutely on fire at the minute,” explained her dad and coach Martin Peake.

“These European Championships will be a huge boost to the club and all her coaches are proud of her.”