Two shops operated by branches of the St Vincent de Paul Society in Mayo have won awards in the charity’s national retail competition. 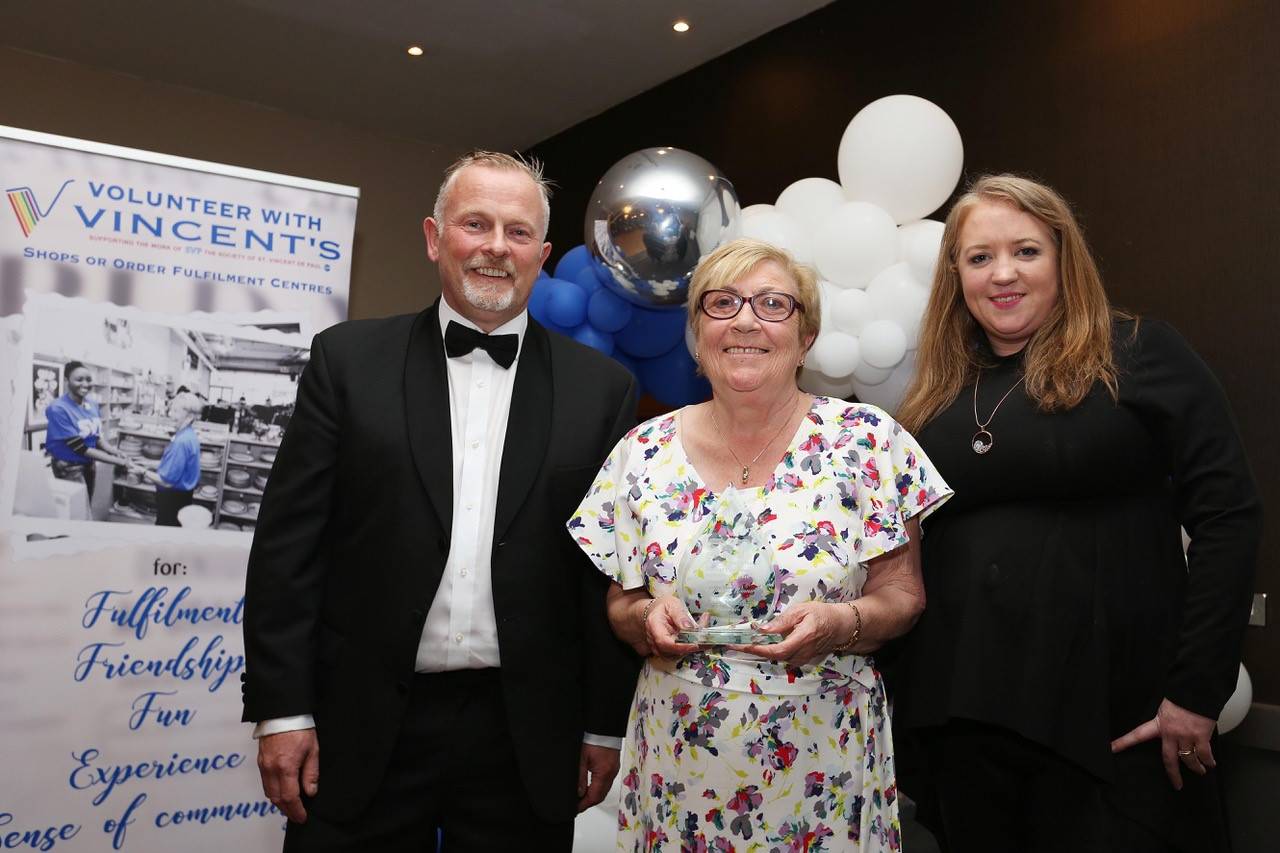 The window competition was held in May around the theme of ‘Creating a Sustainable Environment’ and Ballina emerged victorious.

The second award went to Breege Heneghan, a volunteer with Vincent’s Claremorris. She won Volunteer of the Year in the West region.

Breege has been a volunteer for nine years. The nomination for her said: “She is such an amazing woman who always puts others first, and has given her life to make sure she does all that she can to help everyone, through her love of everything that St Vincent de Paul stands for.”

The awards presentation followed a one-day conference in Derry on June 20, which discussed how retail can be community-based, help reduce poverty and operate in a real sustainable manner.

There are over 234 SVP shops throughout Ireland, trading under the ‘Vincent’s’ name. Vincent’s shops are a hugely important aspect of the service SVP provides to those who seek its assistance. Not only do the shops provide goods at affordable prices and help reconnect people, disconnected by poverty, they also provide an income source for the Society, which is directed back into the local communities.

Vincent’s are also committed to the concept of Reduce, Reuse and Recycle by recycling 97% of donated items.

Dermot McGilloway, SVP National Retail Development manager, said: “This conference provided the opportunity for the volunteers and staff throughout our network to reflect on the importance of Vincent’s in our communities by providing a great customer service ethic which also generates financial support to their local conferences, and at the same time taking visible action on sustainability.”