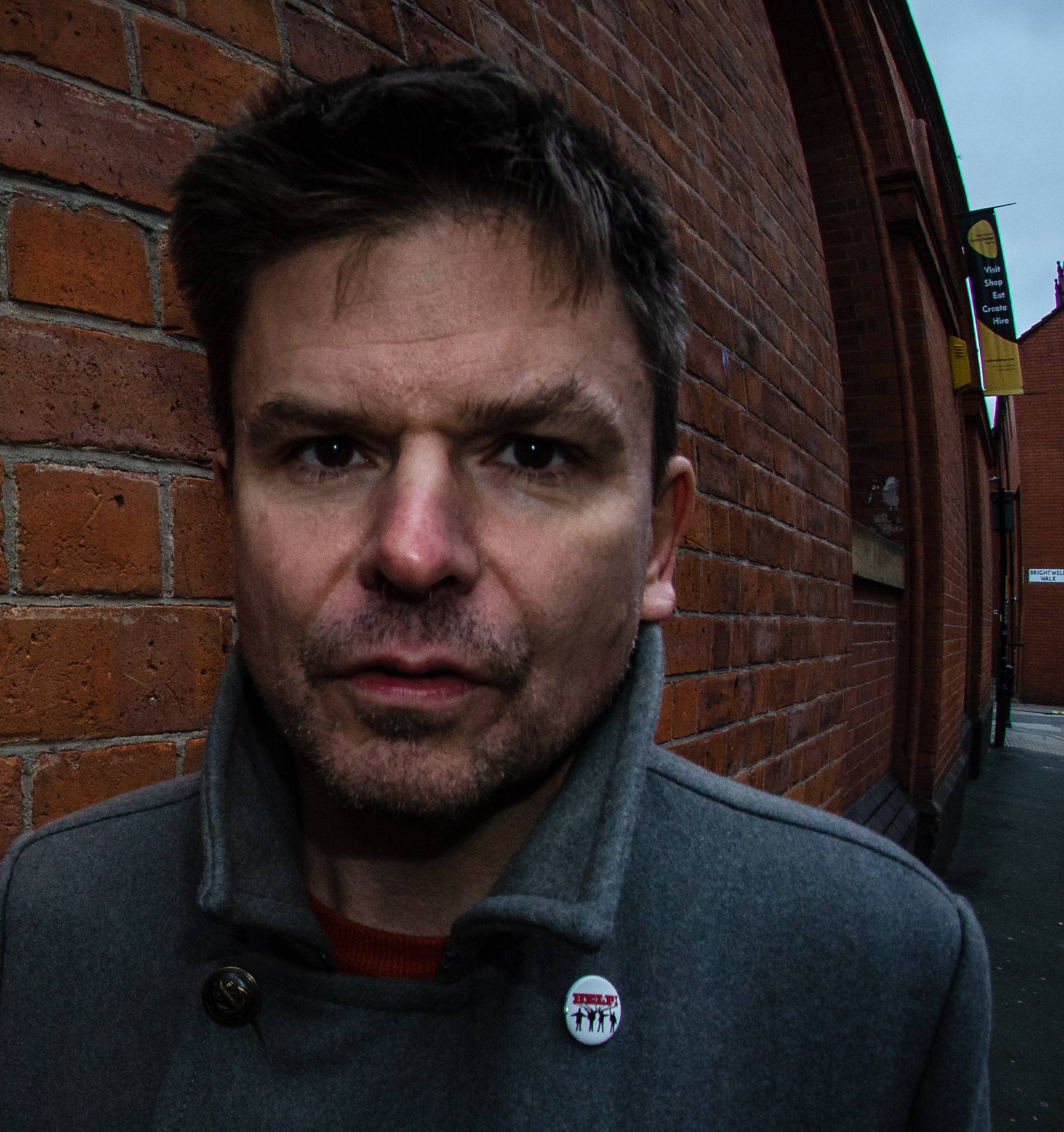 Singer-songwriter Joe Clarke has returned to Ballina after 15 years in England.

Joe Clarke moved back to Ballina from London a year ago, after having worked as an actuary all over the UK in places like Bristol, York, and Manchester (where he fronted the band Adventures of Salvador for nearly four years) and briefly in the Isle of Man (where he was interested to find that the entire tourist trade consisted of OAP coach tours).

Joe became a full-time musician just before Covid-19 struck (“great timing, I know, but I got a lot of writing and rehearsing done”) and then moved back to Ireland permanently last July. He had come home a few months earlier for family reasons and discovered that he just “felt happier and better” in Ballina.

“I was in England for 15 years,” he says, “but it never felt like home. Now it’s like the town has opened up before me.”

He is living back in the house in O’Rahilly Street where he was brought up, an experience he describes both as “kind of weird” and “absolutely fine”.

“It’s full of childhood touchstones, melancholy but not in a negative way. I feel safe in this house, in the way I don’t feel safe anywhere else. I feel the silence when I lie in bed at night. London is vibrating all the time, but here there is a deep stillness.”

It has had an impact on his songwriting – not on his style (which Hot Press magazine has described as “laid-back folky musicianship”) but on its emotional quality; he feels he has more room here to “place himself into the unknown”.

Joe’s eponymously named album backinhumanform has already been released to excellent reviews. It was recorded in Martin Coogan’s Manchester studio – and there’s a Mayo connection there too because Martin is the brother of Steve Coogan and their mother was from Westport.

Because of lockdown, this will be Joe’s first chance to perform the songs live, and he is delighted to be fronting his new band, which he recruited by word of mouth since returning to Mayo: they are Colm Cahill on drums, Ray McHale on lead guitar, and John Hanly on bass.

Colm and Ray were both “friends of friends” whom Joe had never met before, and John came recommended to him.

“I was blown away by how many great musicians there are living in Ballina,” says Joe. “There are dozens of practiced bass players, guitarists, drummers, there’s a huge amount of talent.”

Perhaps the track most praised so far has been, ‘Auld Lang Xiety’, but a Ballina audience might want to listen out for Joe’s personal favourite, ‘Half-Light’, which was inspired by a half-waking moment he once had in the very room he is sleeping in now, in O’Rahilly Street.

“When I was young, I woke in the darkness of my bedroom, sat up and listened to the silence of the house… My guitar was leaning in the corner, and I took it and played softly in the dark, and I just felt… Everything was better after that. I’ve never forgotten that moment.”

‘You’re not a singer’

Cathal Faughnan is just finishing up his album, so July 23 will offer the Ballina audience an exclusive preview before the completed product goes on release next year. 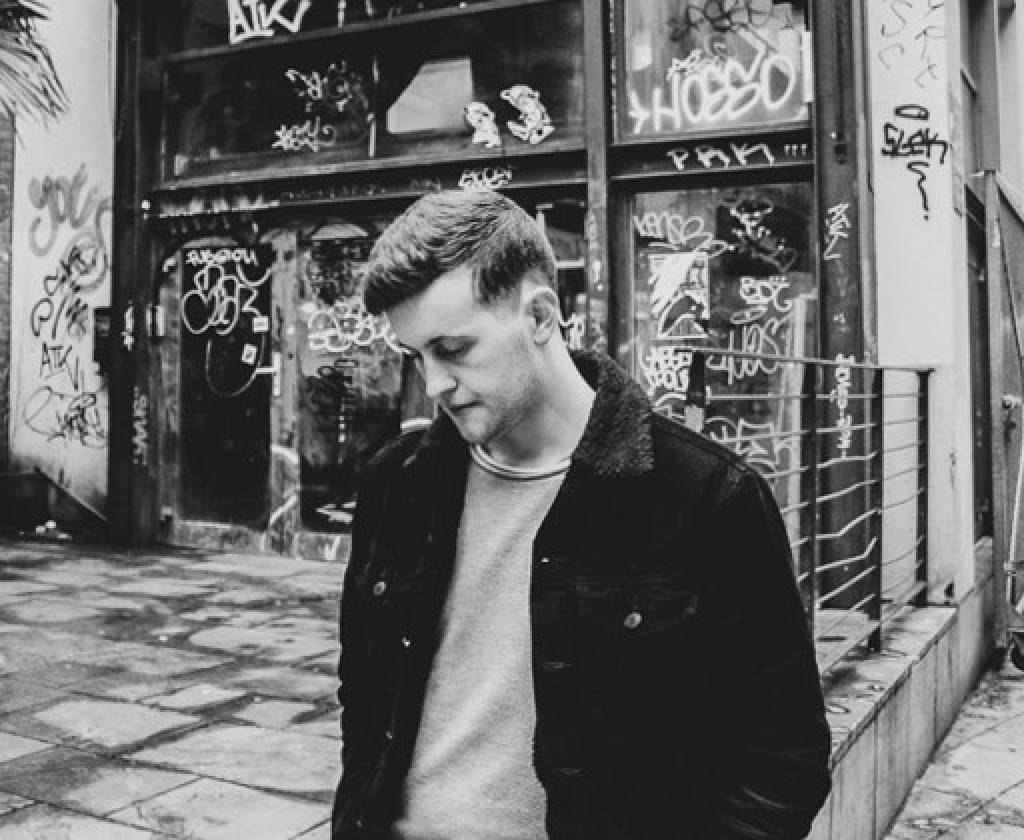 Cathal Faughan is just finishing his new album and hopes to play material from it at the Ballina gig.

The lad from Knockmore has been immersed in music since a young age; his mother ran the children’s church choir in Knockmore and sang and played piano to a high standard, like her mother and grandmother before her. He was resistant to piano lessons at first and had to be bribed with Spiderman comics to practice.

“I hated it at first, I even dropped it after a couple of years, but then when I was 11 or 12 I started picking out a song on the piano and it was like a curtain dropping in my mind, suddenly I could see how any tune ever written could be played on this instrument… And that included tunes not even written yet. Tunes written by me.”

He began writing his own songs, sang in a band, and went to Dundalk music college, where in his fourth year he was asked to sing something and after a few bars the tutor told him to sit down, saying ruthlessly, ‘You’re not a singer.’

A lesser young man would have been crushed, but Cathal says he just figured out he needed singing lessons. He knew it wasn’t that he sang out of tune, he was already a singer in a band, but the truth was, he had a range of fewer than two octaves. So he called up Hubert Francis, the Australian opera singer who teaches in Castlebar, and for the next seven years, he took weekly lessons and practiced for an hour a day.

“Hubert taught me that the singing voice is a muscle, and you have to go to the gym to get good muscles,” he says. “And now my range is three octaves.”

During those years, Cathal launched the Faughnan School of Music and kept on writing songs, although getting other people to sing them. His multi-talented friend Kial Wallace worked with him, doing the mixing, and the name Schoolyard Champions was born, a unique blend best described as “folk-pop”.

Cathal had great plans for 2020, although of course everything was made that bit harder by the pandemic.

Still, he kept going, and set up a recording studio in his family home (“Which is a fancy way of saying I stuck egg cartons all over the walls of the smallest room”) and started working with people online, piecing together the tracks they sent him – a classic Covid solution.

Caoi de Barra (of Wyvern Lingo) recorded the drum for him in Dundalk; the cello was played by Sean Keary in Berlin; international performer Zoe Conway and David Doocey emailed in the violin tracks; Kevin Doherty sent him double bass from Foxford Studio and Laurie Barrett mailed in the trumpet track. Kial Wallace, naturally, is mixing again – because, as Cathal explains, “Once everything is recorded, it has to be organised. Sound levels sorted, equalised, compressed. It’s a whole science.”

And it can be a painfully slow business too.

“I would set off thinking, how long can one string part take to lay down, and then it takes a week…”

But Cathal is getting there. Like the singing lessons, it’s all about perseverance, flexing that muscle.

Cathal’s lyrics swing from darkly political (listen out for the powerful ‘Rise Up’) to light and cheerful, and he’s delighted that Ballina Arts Centre is giving him space to try out his new ideas.

So it seems the Ballina audience is in for a treat, while Cathal jokes cheerfully: “I just hope I can stick the landing on the night.”