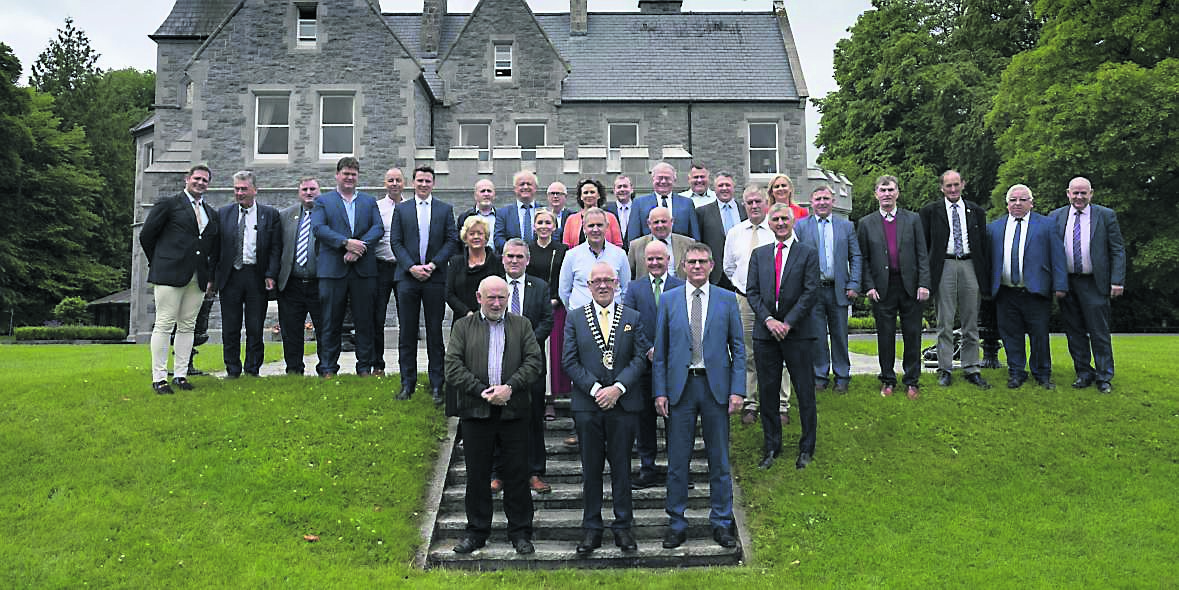 There was universal praise for outgoing Mayo Co Council cathaoirleach Michael Smyth as he passed the chain of office to Cllr Seamus Weir following a very successful one-year term.

“We have come through a global pandemic and lost friends and family members, and we will need time to heal and come through the trauma we have suffered.”

The Fianna Fáil representative also proposed that the council should organise a trip to Catalonia to see the region’s hydrogen valley. The hub was created for sustainable social, economic, and environmental purposes by adopting green hydrogen as the key component of energy transition.

Cllr Smyth also referred to the ongoing war in Ukraine and noted that many hundreds of refugees have settled in Mayo as a result of the Russian invasion.

“We cannot allow ourselves to compare our deficits in housing with what is happening in Ukraine. We are all children of the world and we must find a place for these destitute people who need our help.”

The outgoing cathaoirleach also praised the participants of various Community Employment schemes around the county.

“On behalf of the people of Mayo, I also wasn’t to thank all of the people who work on the Community Employment, Tús and Rural Social schemes. They provide a great service, and they provide dignity to those who do not conform to our [traditional] work model.”

Cllr Smyth said it had been a privilege and pleasure to represent Mayo at home and during trips abroad, including New York where he had a chance to engage with the Mayo diaspora.

There was a flurry of tributes to the Swinford-based representative with party colleague Damien Ryan leading the plaudits.

“You allowed the discussion in the chamber to continue in the spirit of consultation and collaboration as opposed to [disagreements]. You took the County Development Plan as far as it could go based on the criteria. You have shown sheer professionalism and you are a shining example of what politics is all about.” 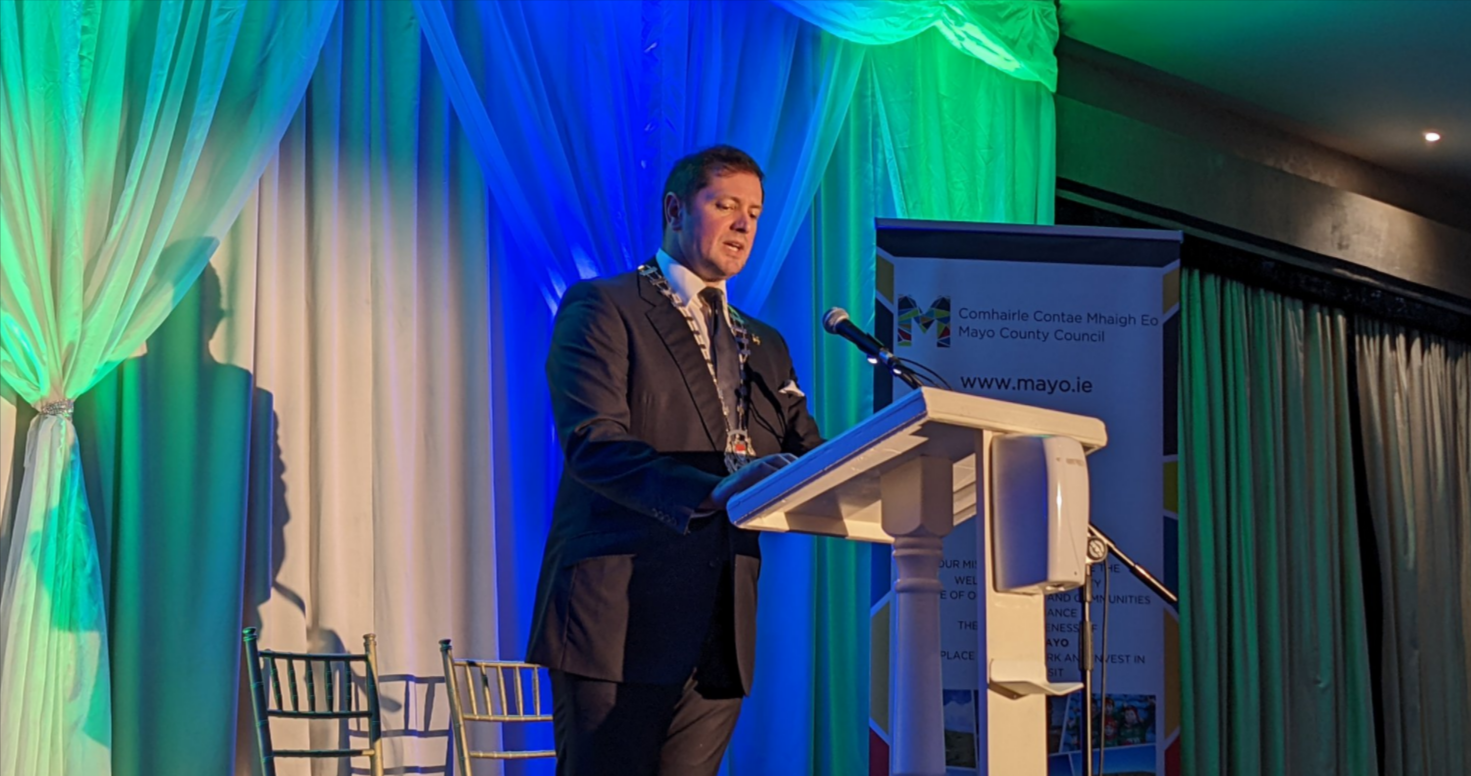 Fine Gael Cllr Peter Flynn said: “On behalf of myself and my Fine Gael colleagues, thank you for your 12-month term. It has been a difficult year between the global economies and Covid has had a very significant impact.”

Cllr Flynn said it was also a challenging year for Mayo County Council itself.

“We, unfortunately, spent more time looking behind us than in front of us, through no fault of our own. You had to tiptoe through a lot of minefields, and you did that with a lot of expertise. You have a lot to be proud of.”

“You were very fair and balanced, and you were able to give advice when it was needed in the chamber.”

Sinn Féin Cllr Gerry Murray commended Cllr Smyth for going to Brussels on a fact-finding mission to see how other regions in Europe work and engage with the European Commission to draw down funds.

Chief executive Kevin Kelly said: “It hasn’t been the most straightforward year, but you had a positive and pragmatic approach that helped to guide us through that period.”