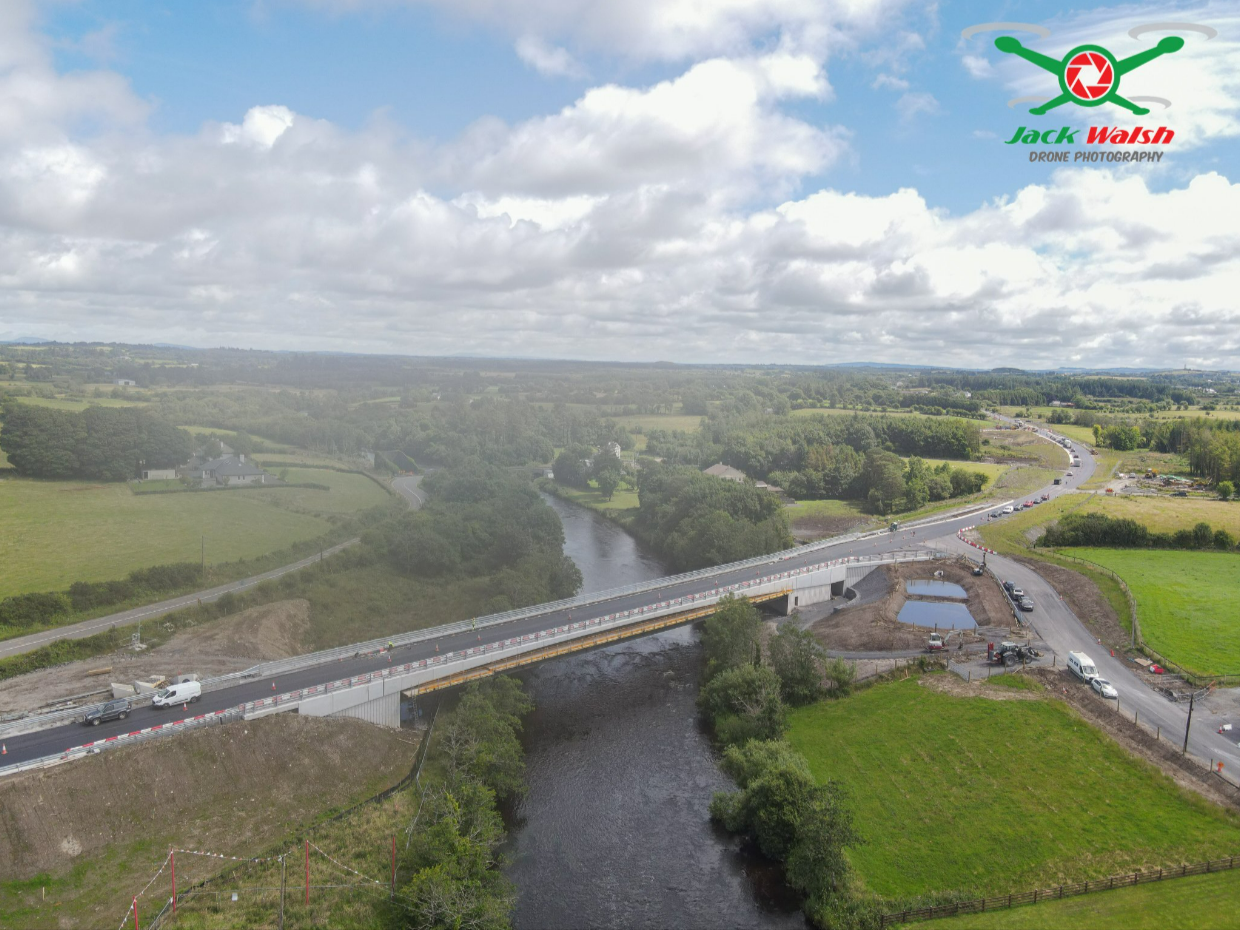 The new Cloongullane Bridge on the N26 near Swinford has opened to traffic. Picture: Jack Walsh Drone Photography/Facebook

The new Cloongullane Bridge on the N26 near Swinford has opened to traffic, but there will be a one-lane system until works are fully completed.

The new bridge and other works will improve the overall safety for road users and reduce the number of collisions along this section of the N26.

The project, managed by the Mayo National Roads Office, included the realignment of 1.8 km of the N26 national primary road between Swinford and Foxford.

Jack Walsh captured fantastic drone footage of the new bridge and shared it to his Facebook page.

Click here to see the stunning footage and photographs.