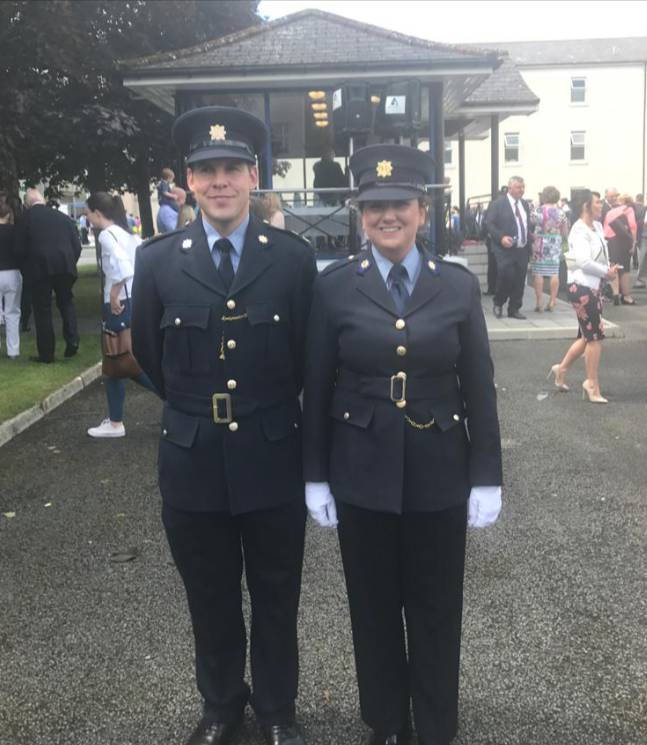 Siblings Gerard and Frances Hall have been promoted in An Garda Síochána.

Two siblings from north Mayo have both been promoted to the rank of Garda Sergeant at opposite ends of the country, writes Paul O’Malley.

Gerard and Frances Hall, who are natives of Ballina, will both be moving up the ranks of An Garda Síochána and have said they are looking forward to the challenge ahead. The brother and sister are former students of Moyne College.

“Being a Garda is a career I would recommend to anybody,” said Gerard. “You are getting the chance to help people and in that way, it is a very challenging but a rewarding career. I’m very excited for the challenges that lie ahead in my new role.

“I love the work – it brings something new everyday. It is exciting and this new role will let me take on a lot of different perspectives,” said Frances.

Gerard has spent most of his career in Loughrea in Co Galway, having served as a regular garda and a detective there. He also spent time working in Galway City and Portumna and his latest role takes him to the Clare Garda Division.

Frances, who worked as a midwife before joining An Garda Síochána, worked in Blanchardstown initially and then with the detective unit in Cabra for the past two years. Her latest promotion is taking the Ballina native to Rathfarnham.