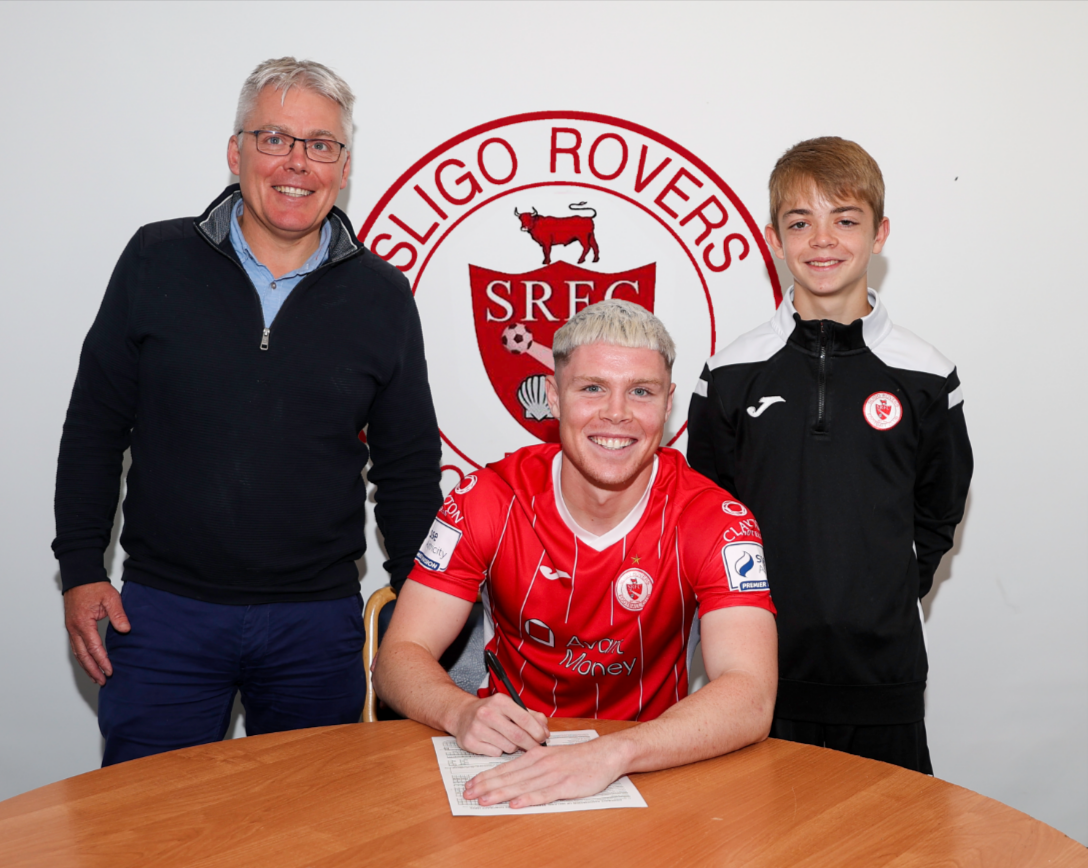 Westport native Cillian Heaney has signed his first professional contract with Sligo Rovers, the club has announced this afternoon.

The deal will keep him at the club until the end of the 2024 season.

“Cillian’s family have spent each season since 2017 bringing Cillian, Aron and their brother Sean (now departed) from Westport numerous times per week to training or matches.

“Today is a proud day for them and another important day for our Academy. Congrats, Cillian,” the statement read.

The 20-year-old made eight appearances for the Bit O’ Red in last season’s Premier Division campaign.

Heaney sat down with Mark Halton earlier to talk about becoming a professional footballer.