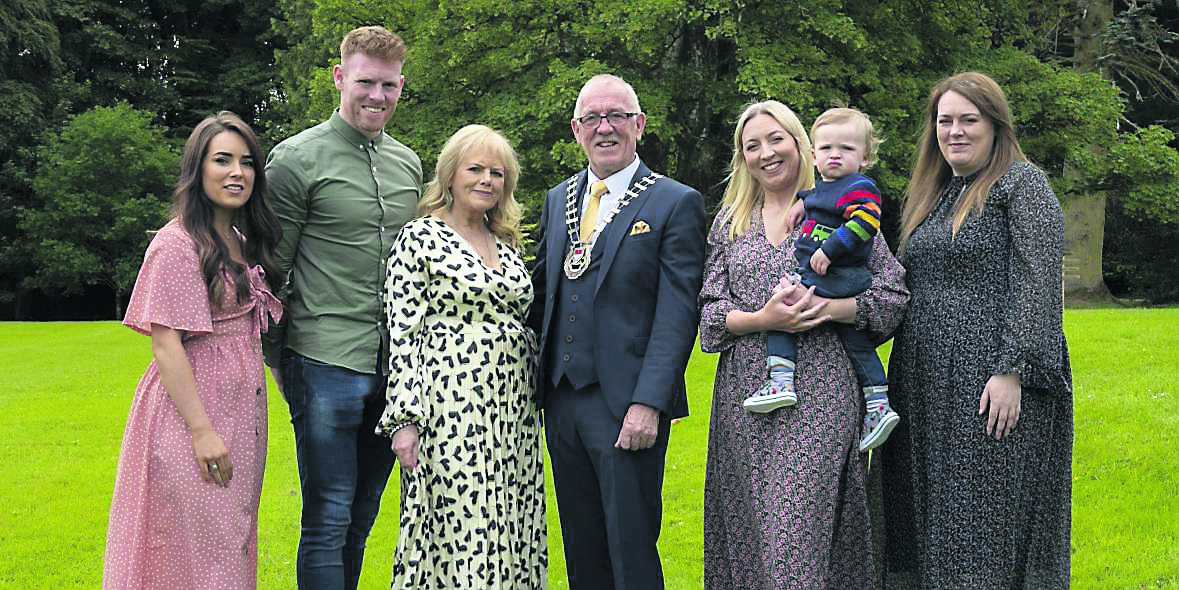 The Knockmore-based councillor accepted the chain of office at a ceremony in Mount Falcon Estate in Ballina last Thursday. He succeeds Fianna Fáil councillor Michael Smyth, from Swinford, who was praised for his work during the past year.

The new leas-cathaoirleach is Independent Cllr Michael Kilcoyne from Castlebar. The appointment of the two Independent councillors is part of a pact struck between Fianna Fáil and Independent members of the council following the local elections in 2019. It has been a good month for members of the Independent Alliance on Mayo Co Council and they now have four of the five cathaoirleach positions – the full local authority and Ballina, Castlebar and Westport municipal districts. The exception is Claremorris/Swinford.

Cllr Weir was proposed for the role by fellow Independent Cllr Richard Finn who lauded him as a ‘man full of integrity who was respected across the county’. The proposal was seconded by Fianna Fáil’s Damien Ryan who referred to Cllr Weir’s experience as chairman in 2007-‘08 when he was a member of Fine Gael.

“I have no doubt he will take that forward and be a cathaoirleach who will represent Mayo County Council with style and substance.”

The new cathoirleach said he was grateful to accept the position for a second time. The former Knockmore GAA star was first elected to Mayo Co Council in 1999 and has retained his seat in the elections of 2004, 2009, 2014 and 2019. He contested the latter two as an Independent candidate, having left Fine Gael over the EirGrid cable controversy.

“I’m deeply proud and honoured to be the chairperson of Mayo County Council. I did have it [the role] in 2007-2008 and with a different team. Fine Gael supported me 100 per cent, I see a few former colleagues here and they’re still friends of mine.” 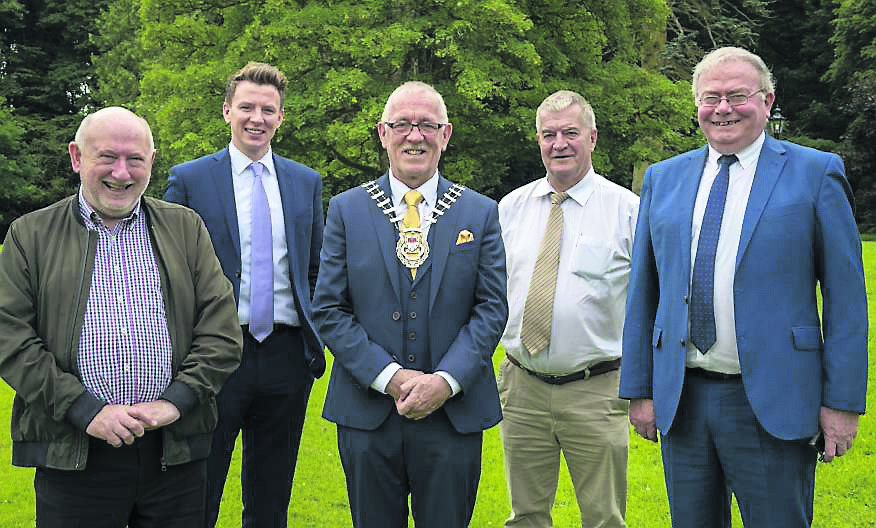 Cllr Weir said he will strive to be impartial and promised that housing will be a ‘big, big issue’ during his one-year term.

“Every local authority should be trying to bring it [housing] up and work on the part 8 [planning process] and get action.”

Cllr Weir said making progress on the N26 Foxford to Ballina road and the new ring road in Ballina are also top priorities.

The new cathaoirleach also spoke about the numerous challenges in the health sector and at Mayo University Hospital and the turbulent time dealing with the Covid-19 pandemic.

“We’ve gone through hard times. We need to highlight what’s happening with the hospital.”

Cllr Weir also referred to a health scare of his own earlier this year when he had to get stents for a heart condition.

“I was lucky it was found, and I would say to anyone look after yourself. I had no symptoms and I had blockages and that’s why our health service is so important.”

“He is well able for the job, and he is a great representative for Castlebar and the county,” said Cllr Duffy. “I know he’ll be a great deputy.”

The new leas-cathaoirleach was first elected to Castlebar Town Council in 1999 until its abolition in 2014 and he has been a member of Mayo County Council since 2009. He pledged to assist the new cathaoirleach as much as possible.

“I’ll be whatever support I can be and anytime you need me to carry out anything on your behalf give me a call and I’ll be there.”

Several councillors commended the Mount Falcon Estate for hosting the AGM, although Cllr Ger Deere said he felt it should ordinarily be held at the council chamber at Áras an Chontae.

“I don’t think the AGM going forward should be outside the chamber, it’s a fantastic venue here but I’d be anxious that it doesn’t continue.”