Tomorrow is D-Day for hundreds of homeowners in Mayo as Dáil Éireann gets to vote on the amended Defective Concrete Block Bill 2022. 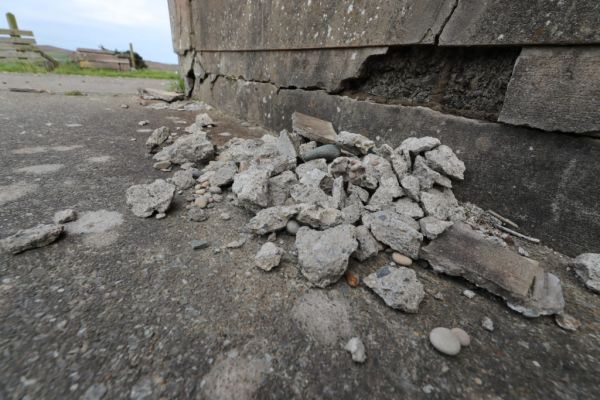 The current scheme will see 100% redress to homeowners to a maximum value of €420,000 or €161 per square foot, which includes €25,000 for alternative accommodation while works are being carried out. However, homeowners who have been affected by the pyrite and mica crisis have submitted 80 amendments.

Barbara Clinton of the North Mayo Pyrite Group, will travel to Leinster House on Wednesday morning in a last-ditch attempt to put pressure on the Government to amend the scheme. She said there is disappointment among the body she represents, as well as groups in other counties, at the lack of time allocated to proposed amendments.

“It is vital that these amendments go through and that all of the TDs stand with the people, not the party. It is also vital that the 30 local councillors in county Mayo show their support to us and encourage our local TDs to give the amendments six to nine hours to be discussed properly instead of the two they are giving us.”

“This bill is a failure as it stands and we cannot have this bill rushed through with only two hours of discussion. They [the Government] want it all dealt with and wrapped up before they go on recess but we don’t have any holidays or any respite from this situation. We need to get this right this time.”

Ms Clinton said the current bill will see impacted homeowners putting upwards of €40,000 and €50,000 towards the cost of replacing their homes.

During a Dáil discussion on the bill last week, Fianna Fáíl’s Ballina-based Deputy Dara Calleary said the amendments will need to be considered in order to help everyone who has been impacted by this issue.

“It is important to acknowledge that this is a very different scheme from where it was this time last year but to make it the kind of scheme that works we need to engage strongly with the regulations and we need to strongly engage with some of the amendments that have been put forward,” he said.