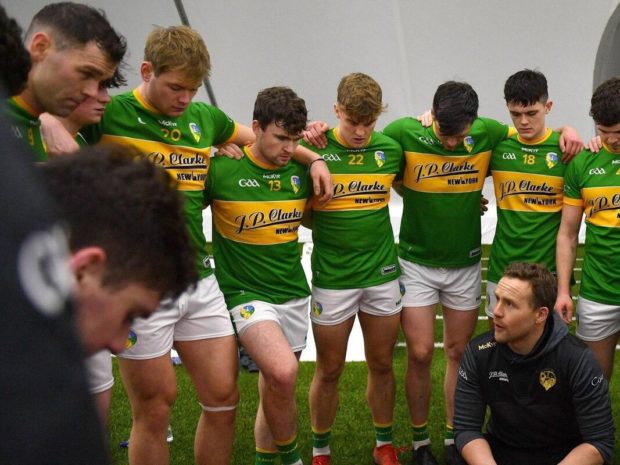 Former Mayo star, Moran, was appointed as Leitrim boss last October. His first year at the helm saw a fourth-place finish in Division 4 of the Allianz League. A victory over London in the Connacht SFC followed, before Galway inflicted a heavy defeat on Moran’s side in the provincial semi-final.

In the Tailteann Cup, Leitrim recovered to impressively defeat Antrim in round one. That win set up a derby clash with Sligo in the quarter-final. It was an entertaining tussle in Carrick-on-Shannon, full of free-flowing football. The sides could not be separated after extra-time, with the Yeats County eventually holding their nerve in the penalty shootout to advance.

Leitrim could have felt aggrieved as they had a perfect goal disallowed for a square-ball in extra-time.

The Ballaghaderreen man was one of the names being floated around for the vacant Mayo senior football job, but he is now committed to two more years win the north-west.

Leitrim GAA released a statement last night: “Leitrim GAA Management Committee at its meeting tonight decided that it would be recommending to its July County Committee meeting that Andy Moran’s current two-year term as Leitrim GAA Senior Football Team Manager would be extended to include the next two seasons that is 2023 and 2024.

“We are delighted to announce that Andy Moran has accepted the terms of this recommendation, subject to its acceptance at the County Committee meeting, and we look forward to the continued progress of the Leitrim Senior Footballers over the next two years.”