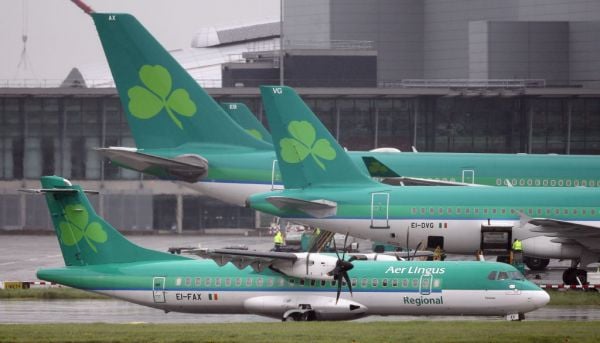 Aer Lingus has been forced to cancel a number of flights from Dublin Airport as staff shortages due to Covid-19 continue to plague the airline.

According to the Dublin Airport website, five Aer Lingus flights have been cancelled for today, impacting journeys to London Heathrow, Berlin and Hamburg.

Arrivals to Dublin Airport have also been affected, with four inbound journeys cancelled. These flights had been due to depart from London Heathrow (11.20am and 7.35pm), Hamburg (11.50am), and Berlin (11.15pm).

The cancellations come after Aer Lingus were forced to take similar action on Wednesday, again caused by staff shortages due to a spike in Covid cases, as reported by the Irish Examiner.

The issue has also been seen among staff on the ground at Dublin Airport, resulting in long queues at check-in and security over recent weeks.

Following a request from the airport’s operator, the DAA, the Government has approved for members of the Defence Forces to be put on standby in the event of further staff shortages at the airport in the hopes it will avoid passengers missing their flights.

Speaking on Wednesday, the Minister of State at the Department of Transport, Hildegarde Naughton said she hopes it will not be necessary for the deployment to go ahead, but the plan is there in case it was necessary.