Mayo man scales heights to help save lives on the Reek 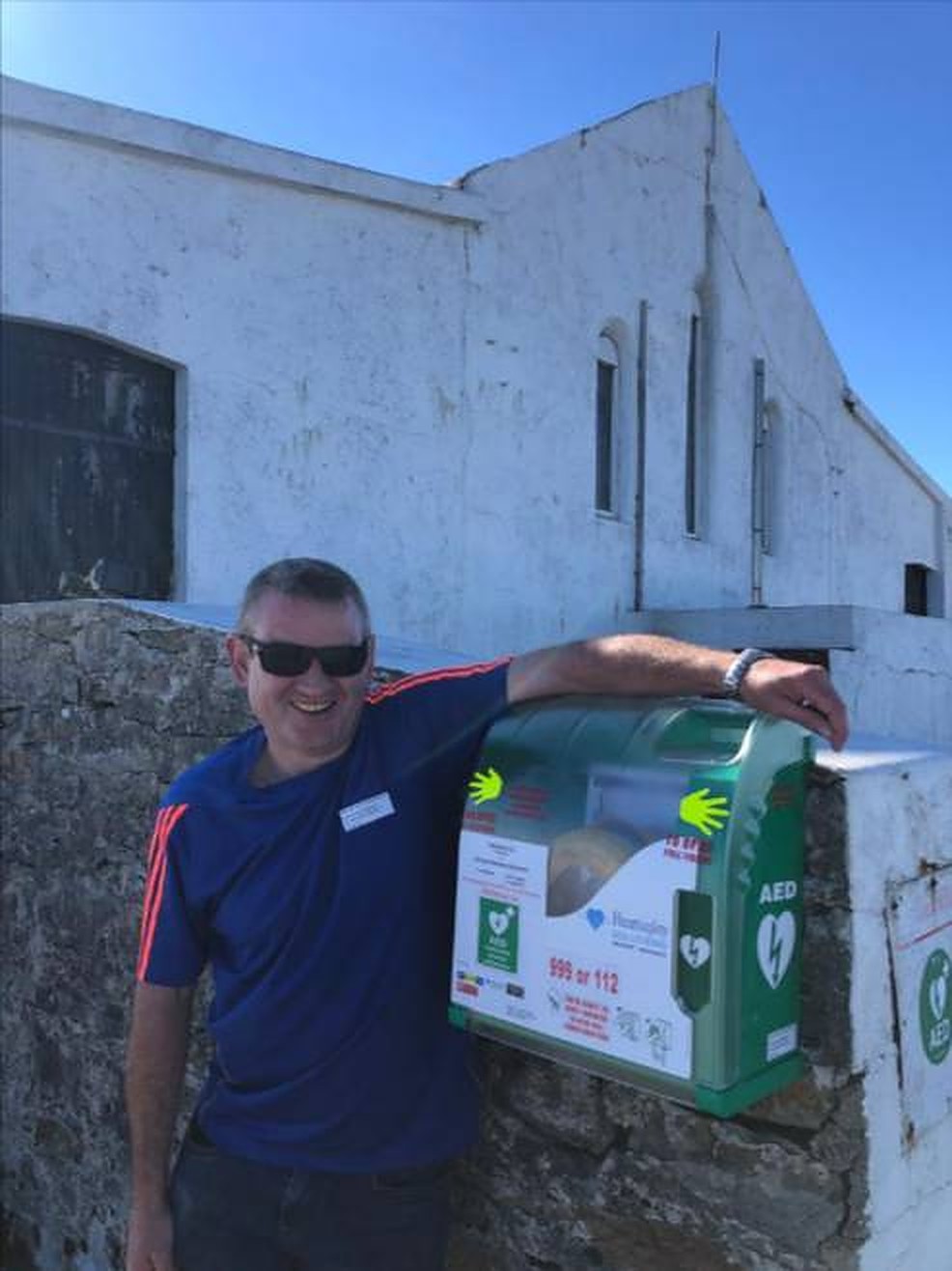 Darren Forde is pictured with installing the defibrillator near the chapel at the summit of the Reek.

There are now three working defibrillators on Croagh Patrick thanks to the efforts of a South Mayo man.

Darren Forde, who is a Community First Responder in his native Hollymount, noticed the lack of defibrillators on the Reek when he was climbing it with his family earlier this month.

The engineer felt something needed to be done and designed two defibrillators, which each have their own cabinet.

He secured €8,000 in funding in just seven days from four significant donors, namely James Murray (CEO of Murray Ambulances), Anne Corcoran (owner of Westport Hotel Group), Dave Greville (Managing Director of Heart Safety Solutions), and a local family who donated the existing defibrillator at the base of the mountain.

With the help of Adrian Peyton from Peyton Electrical in Hollymount, Darren installed the life-saving equipment on the Reek last Thursday. The defibrillators are a unique product and were made locally.

There will now be a defibrillator at the base (the existing one at the front of Murrisk coffee shop), on the shoulder (at the ladies’ restrooms) and the summit (at the chapel) The three machines will be connected to the emergency services, so they know the location during a cardiac event.

“There were three cardiac arrests on the Reek in the last five years and two of them sadly passed away. The third was defibrillated because it was Reek Sunday, but there wouldn’t have been a defibrillator there otherwise, and it saved their life,” Darren said. “It’s so important to have a defibrillator there when a cardiac event happens. Good CPR and a defibrillator in place will save someone’s life.”