South Sligo honours local patriots of the past

There was a special War of Independence memorial event at the Peace Gardens in Banada on Sunday (June 19), which was extremely moving and honoured brave volunteers from the region. 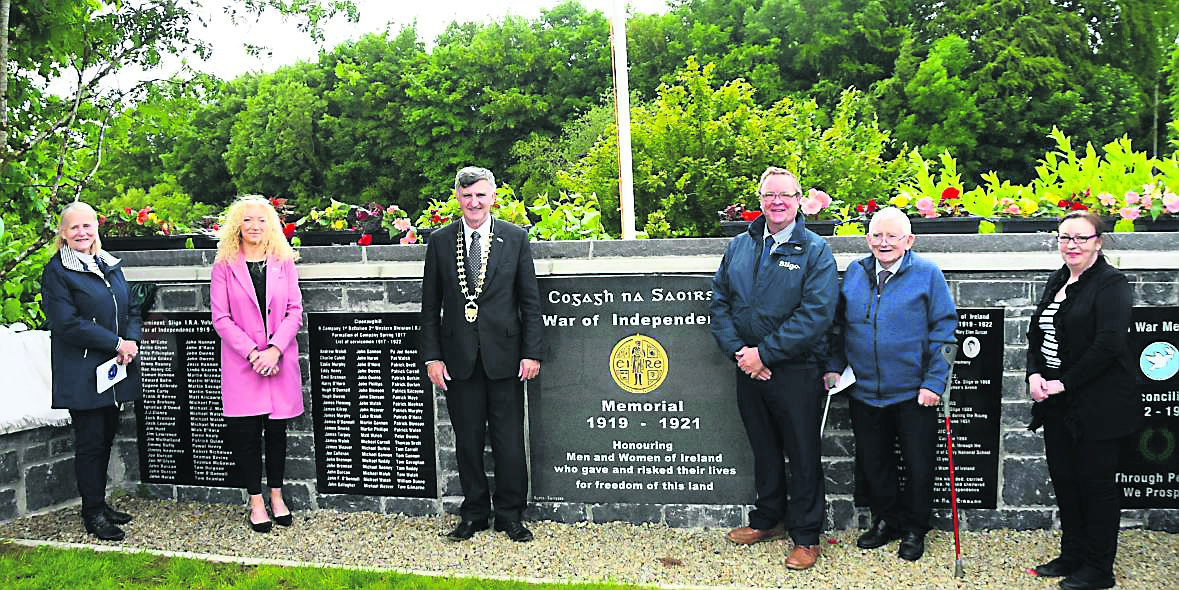 Four plaques were unveiled to remember about 100 heroic and determined men and women from Sligo and East Mayo.

A parade at 3pm was followed by the raising of the tricolour by Captain Russell Waldron of the 28th Infantry Batallion who also read the proclamation.

Sean Owens of the Banada Development Agency organised the event with other committee members and praised the speeches and tributes to the inspirational volunteers.

He said: “It was a terrible time which tested the resolve of this nation.

“Men and women of south Sligo and east Mayo, those band of patriots fought the good fight.

“This day here in Banada we honour their memory.”

An inscription on the stone read, ‘Memorial 1919-1921 – Honouring men and women of Ireland who gave and risked their lives for freedom of this land’.

Cathaoirleach Clarke, who praised Mr Owens for his work on event and the production of a special booklet, said: “Sean set out the reason for this memorial in very simple terms.

“It’s something we had to do to remind the people of the sacrifices of those who went before us. A lot like what the people of Ukraine are doing now 100 years later.

“The monument will be a place where people can inform themselves on the men and women who fought in the War of Independence and reflect on the special contribution they made. “There is a wide catchment to the memorial, with volunteers from Sligo, Charlestown and East Mayo.”

Cllr Clarke, who said he was a close relative of Linda Kearns as her mother Nora Clarke was an aunt of his father, added: “She was very close to Michael Collins until the treaty in October 1921 and she drove him on many occasions.

“Her house, 29 Gardiner Place was one of the safe houses he used. She also carried information, letters and guns and ammunition to Kerry, Cork, to Sligo [and across Ireland].”

Cllr Clarke said Sligo County Council was honoured to be associated with the project.

There was also a powerful tribute to Countess Markievicz read by Wendy Lyons who said her motto in life was, “Everybody was equal and they must give their best in every situation.” Meanwhile, there was also a very moving tribute to Mary Ellen Durcan by Hilary Horkan.

There was beautiful music played by the Foxford Brass Band while Kieran Lundy sung a moving rendition of ‘Grace’ and Maura Healy sung her memorable song ‘Shanagolden’.

A mass was also held in nearby Curry by Fr Leo Henry to pray for the souls of all the people who fought in the War of Independence between 1919 and 1921.

“My late sister Martina who passed away six years ago highlighted so much and she organised for Linda’s daughter to come over from South Africa and spend time here in Sligo. It was brilliant.”

At the end of the ceremony, the crowd of about 60 people stood for Amhrán na bhFiann to round off a very memorable afternoon.